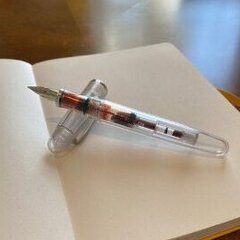 By Rebbe,
May 13 in Fountain Pen Reviews