What to do with a 1950s Pilot that has celluloid shrinkage?!? 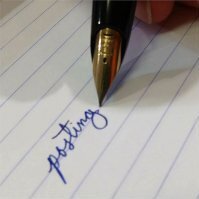