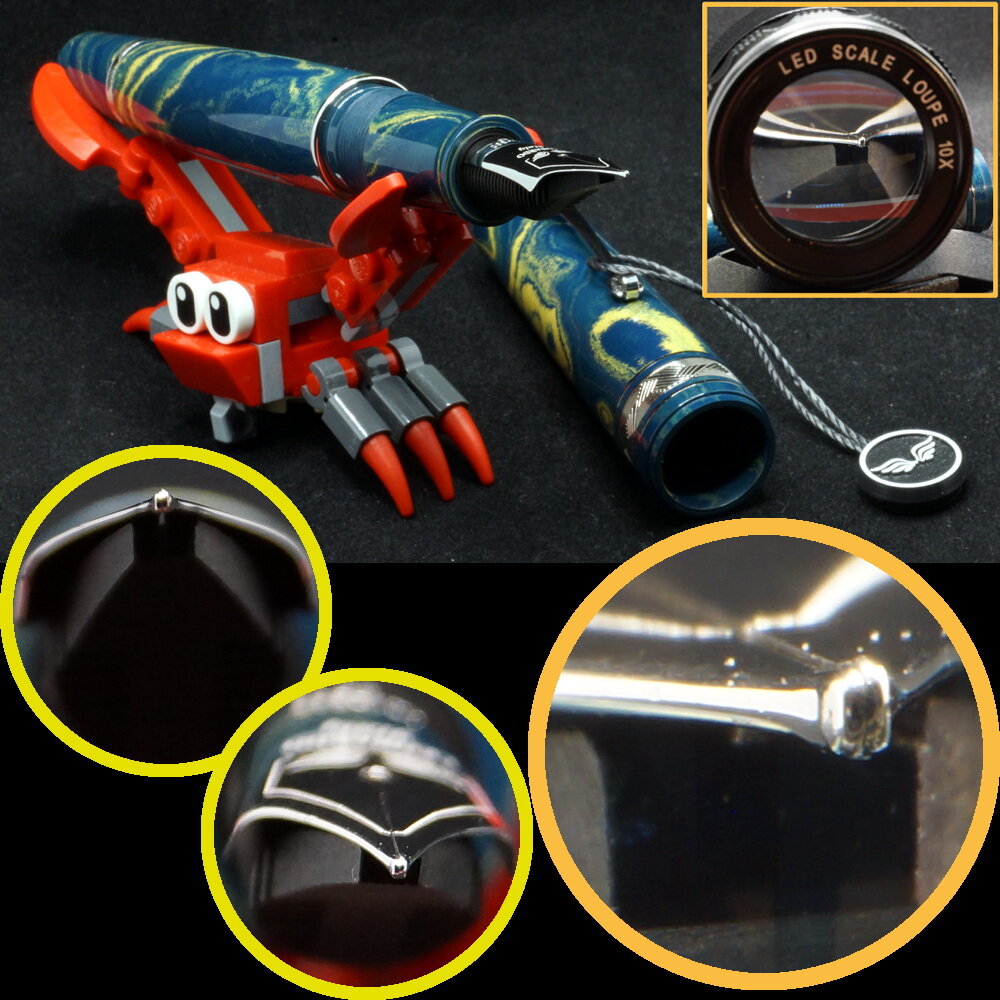 Close-up of flawed nib on my Leonardo Musis Oplontis

Leonardo Officina Italiana has disappointed me once again, when I chose to give it yet another chance, in ordering one of the Musis Oplontis limited edition pens.

In every instance, it is always an issue with the nib, which it does not manufacture in-house. Not having the capability in-house does not have to a pen maker's Achilles' heel; Diplomat, Edison Pen Co., and Faber-Castell have certainly proven it's possible to turn out excellent nibs manufactured by JoWo or Bock and tuned to a brand's signature nib quality and performance characteristics. Leonardo, from what I've experienced and seen, seems unable to do even that much, either in-house or by outsourcing the nib finishing work to other specialists on contract.

The tipping on the steel nib on my first Leonardo pen, a Momento Zero, had asymmetrical across the tines. At first I didn't realise I was writing with the tipping on one tine only when I use a light hand, and wondered why there were clicking noises when I increased the pressure to slightly broaden the ink lines along the bowls of glyphs.

After having fixed that nib myself by removing quite a bit of the tipping material to even the two halves out, and gotten over the disappointment and annoyance some months later, I placed an order for a gold-nibbed Leonardo Momento Zero in Abyss Celluloid (at a significant discount offered by the retailer to clear the stock). I was later advised by the retailer that, knowing me, I would not be happy with the EF nib on it; but it would order a replacement EF nib from Leonardo Officina Italiana, and ensure it was good enough, before sending the pen to me. It wasn't even a case of whether the EF nib wrote finely enough for my tastes, or compared to nibs on pens on Japanese ‘Big Three’ brands; apparently the nib didn't even make the passing grade with a simple visual inspection. Four months later, in spite of chasing the issue up every few weeks, Leonardo still could not supply the retailer with a nib that checked out OK — or so I was told — and ultimately I cancelled the order and got a refund.