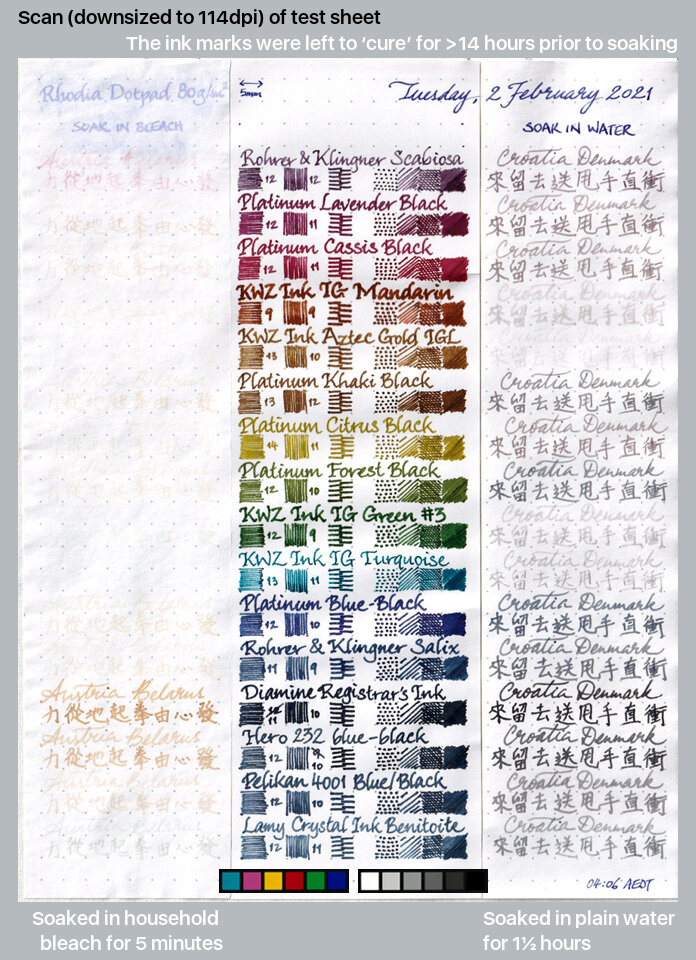 15 iron-gall inks after soaking in water and bleach

Lamy Benitoite was also included at the end, because there seems to be some uncertainty and conjecture online as to whether it has any iron-gall content.