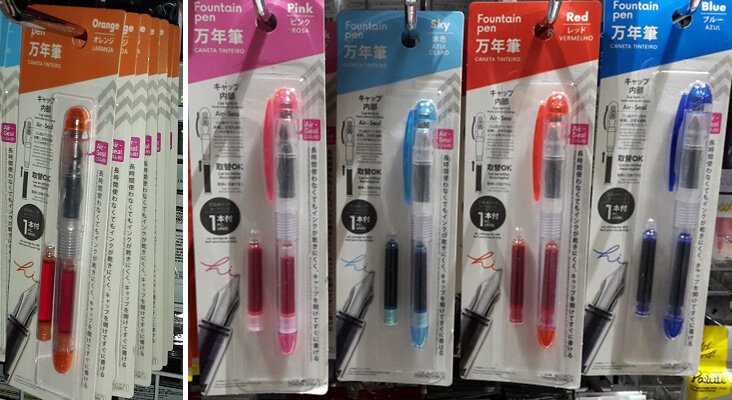 These fountain pens are Daiso's answer to the Platinum Preppy, with the clear, lightly coloured pen bodies and spring-loaded inner caps. Unlike the Chinese-made Platinum Riviere PTR-200, which Daiso also sells, they are not co-branded. These pens started appearing, here in Sydney, late in August 2020. I've only ever seen them in one store in the four months since, even though there are three Daiso stores within walking distance of each other.

My first impressions are that these pens are of much better product quality than the PTR-200. The nib width grade is not stated anywhere, either on the pen itself or its retail packaging; the nib on the unit I've used writes like a Fine, I'd say.

A Smug Dill
From the album: