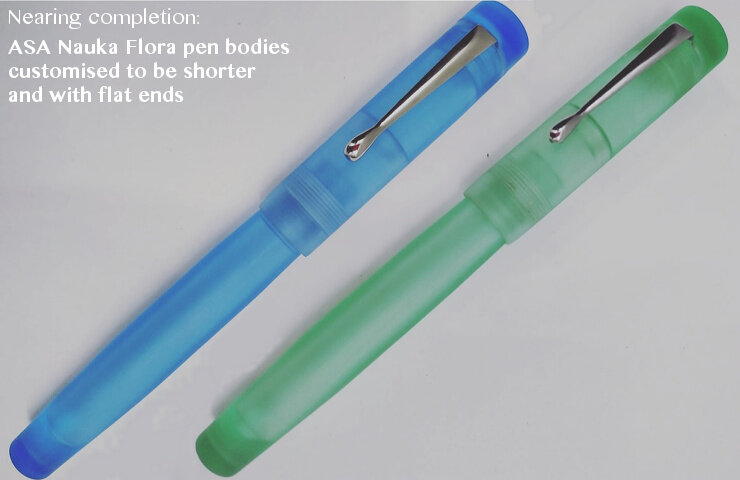 Credit Original photos by Subramaniam; superimposition by A Smug Dill

These are the two ASA Nauka Flora pens, customised to have flat ends instead of pointed torpedo end, that I'd originally ordered in February as part of the group buy. Unfortunately, I had to cancel the order late in August, because there was no end in sight for India's suspension of international registered post, and my PayPal buyer's protection was on the verge of expiring after close to 180 days since the payment date.

I'm posting this photo Subramaniam of ASA pens sent me in late June, so that I can show fellow forum members who may be interested in buying the unsold pens. At the time, the pens have not been completed and were without nibs and filling mechanism, but they were ordered with ASA pens' own Fine nibs.

Original photos by Subramaniam; superimposition by A Smug Dill
From the album: