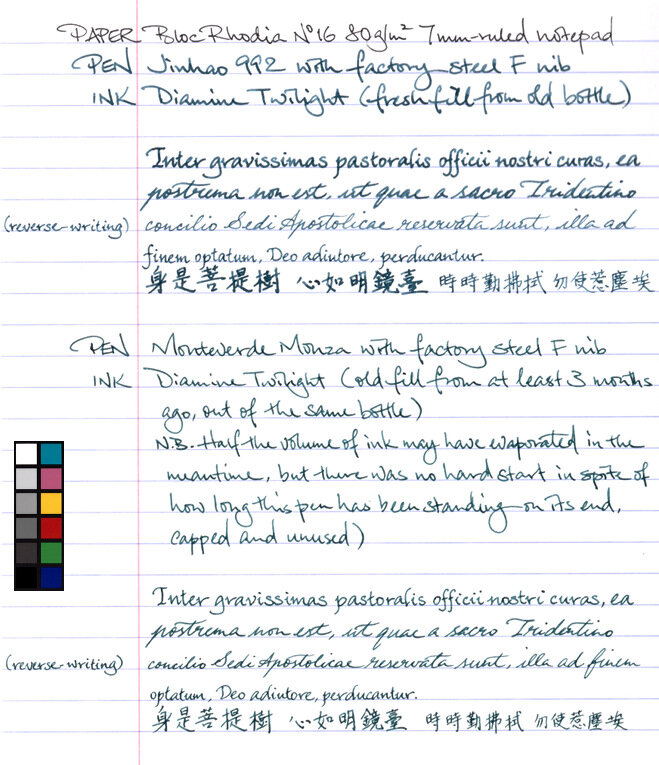 In my opinion, the F nibs on my two Monteverde Monza are far superior to that on my Jinhao 992, and I don't begrudge having paid about £12.50 for each of the Monza, which have yet to let me down in terms of either writing performance or cap seal effectiveness. No cracking of the material, either, as far as I'm aware.