Recently an interesting ink landed on my desk, courtesy of an exciting PIF by Amberleadavis.  This Russian ink is by Gamma from a "Raduga-2" (Rainbow-2) product series in red color. 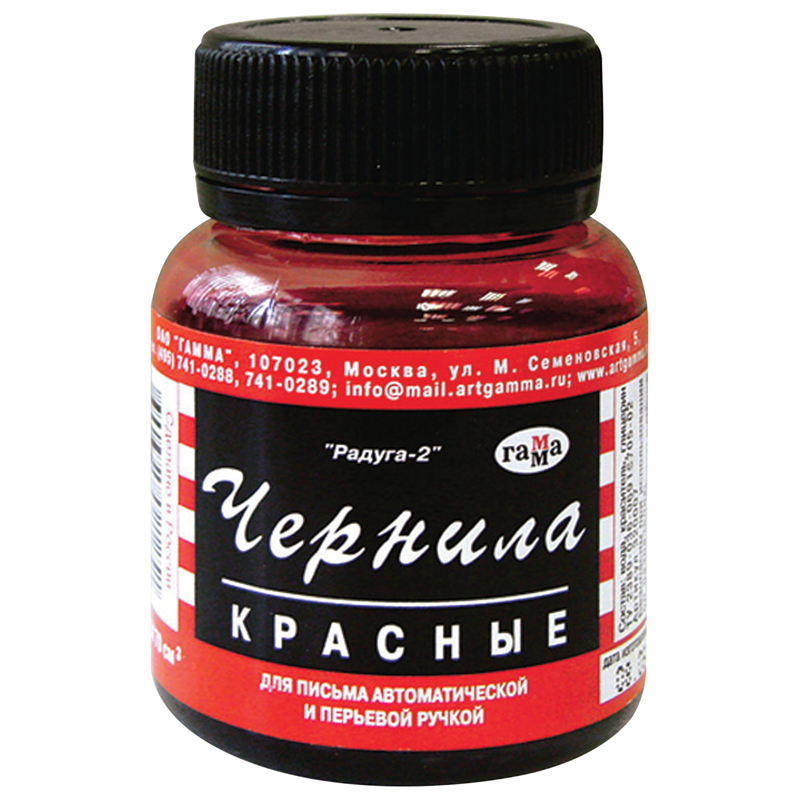 I did not know what to expect, so I opened the bottle and gave it a sniff, out of curiosity.  There's a bit of a chemical smell to the ink that brought on a wave of nostalgia: it reminded me of old pigment inks I used to use as a child; when they were mixed with water, I could smell something similar.  Of course it's been some long time since, so I could be wrong, but I definitely had a strong association with this scent and some paints from my early years.

The nostalgia did not end there!  When I first filled a fairly dry pen with the ink and wrote a few lines, I was immediately reminded of old red ballpoint ink I used to use, also in my school days.  This ink makes a very convincing imitation of such an ink, particularly when used with a fine-medium round point fountain pen with conservative flow.

It's not really an inspiring kind of ink with great complexity, but a fairly basic pinkish-murkyish watery red.  Dry, low lubrication, flushes out easily from a pen.  Water resistance is low, but some ink does remain after a water spill, though fuzzy and not very clear unless washed neatly and dabbed with a clean tissue right away.

This kind of ink works really well in a flexy pen, because the dry, translucent consistency is very "buildable", resulting in more noticeable shading.  Thus I switched to an FPR Himalaya fountain pen with an ultraflex nib and a high-flow ebonite feed for the bulk of images in this post.  Otherwise you might expect a look such as an example on Tomoe River paper below.

Color: Translucent red with some definite pink components, but also not a "clean" color.  There's a note of wine red to it, with a light murky grayish-brown tinge.  It will shift between more red-pink and brownish-red depending on ambient light conditions. 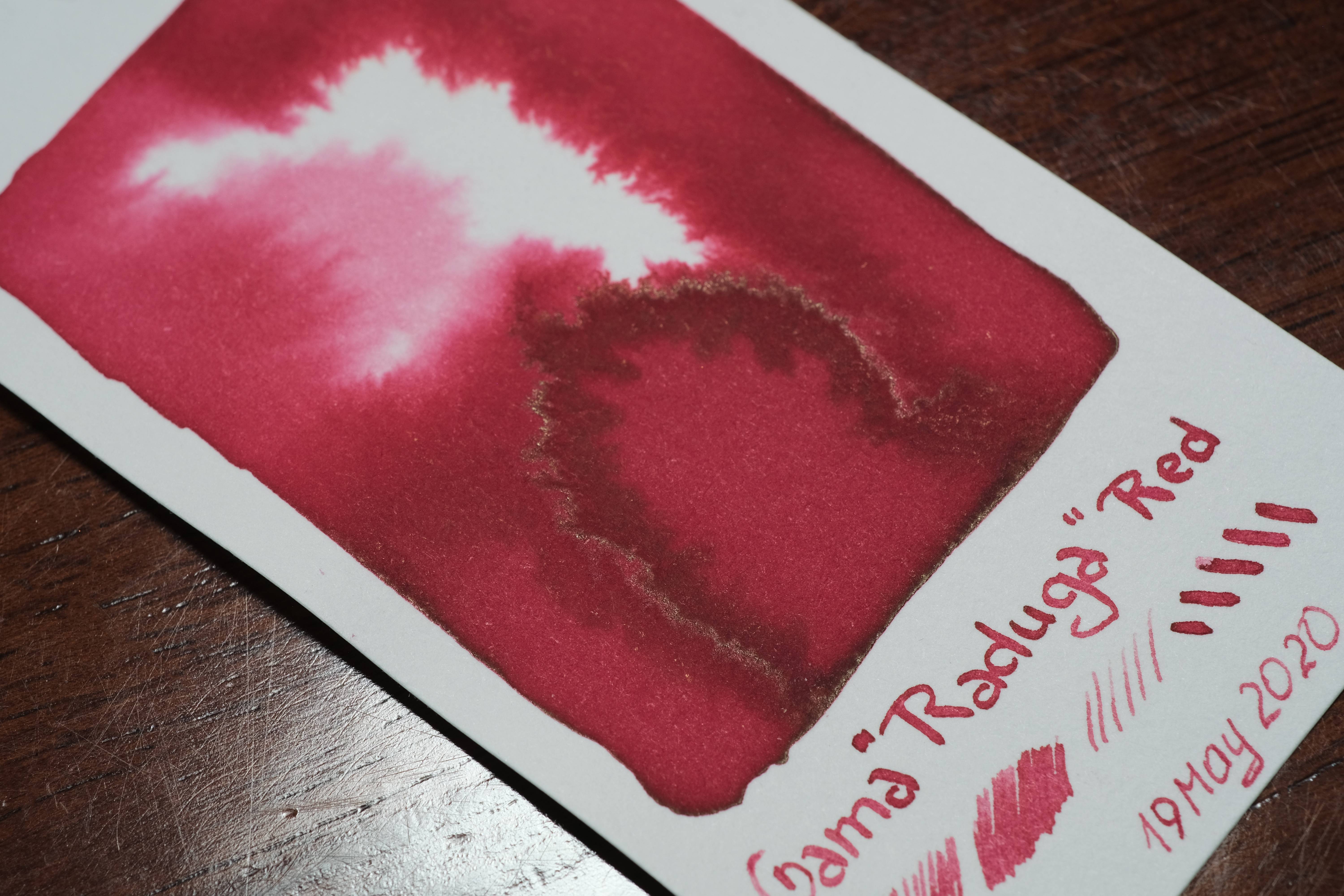 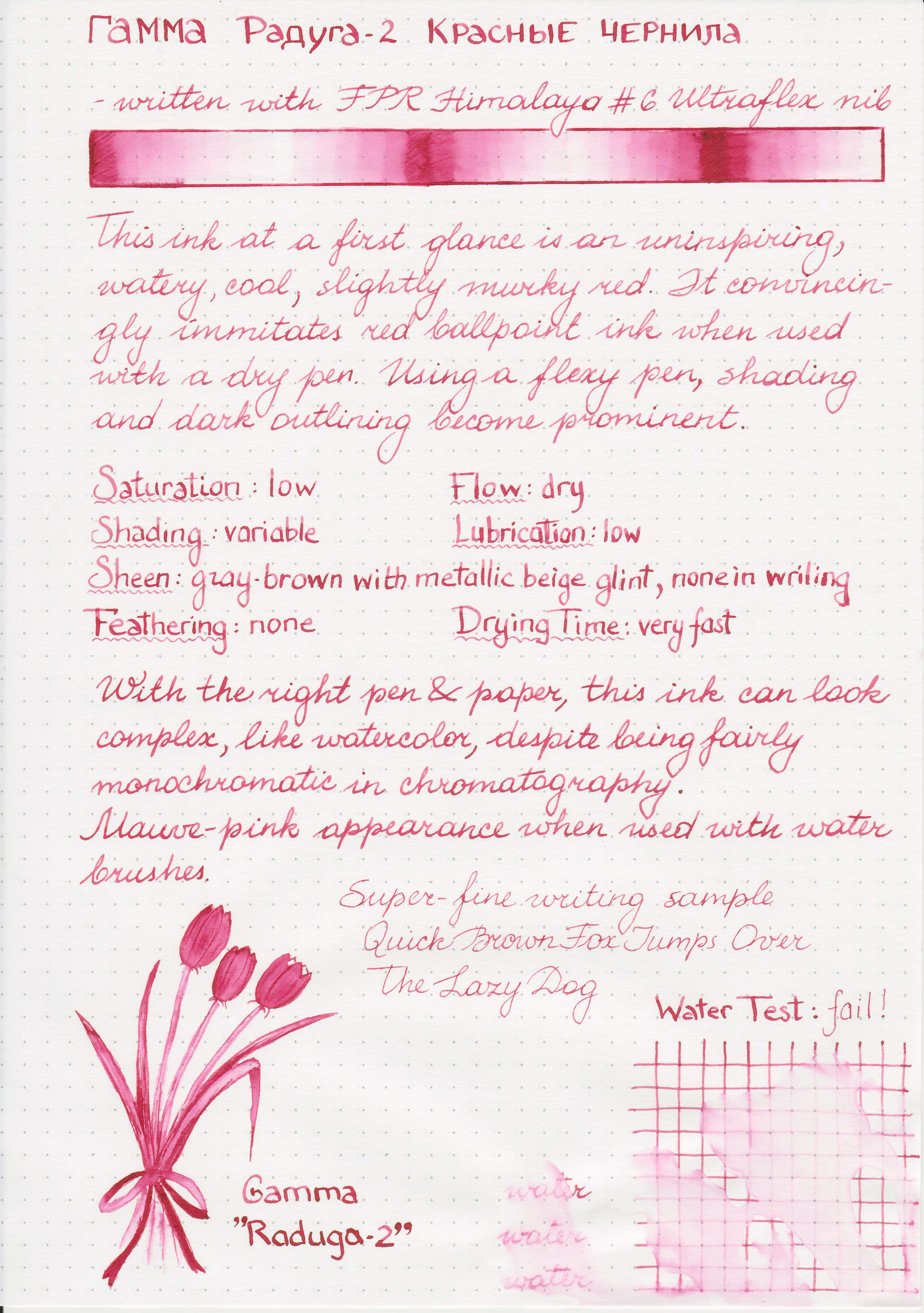 Scan, with some other inks for color context: 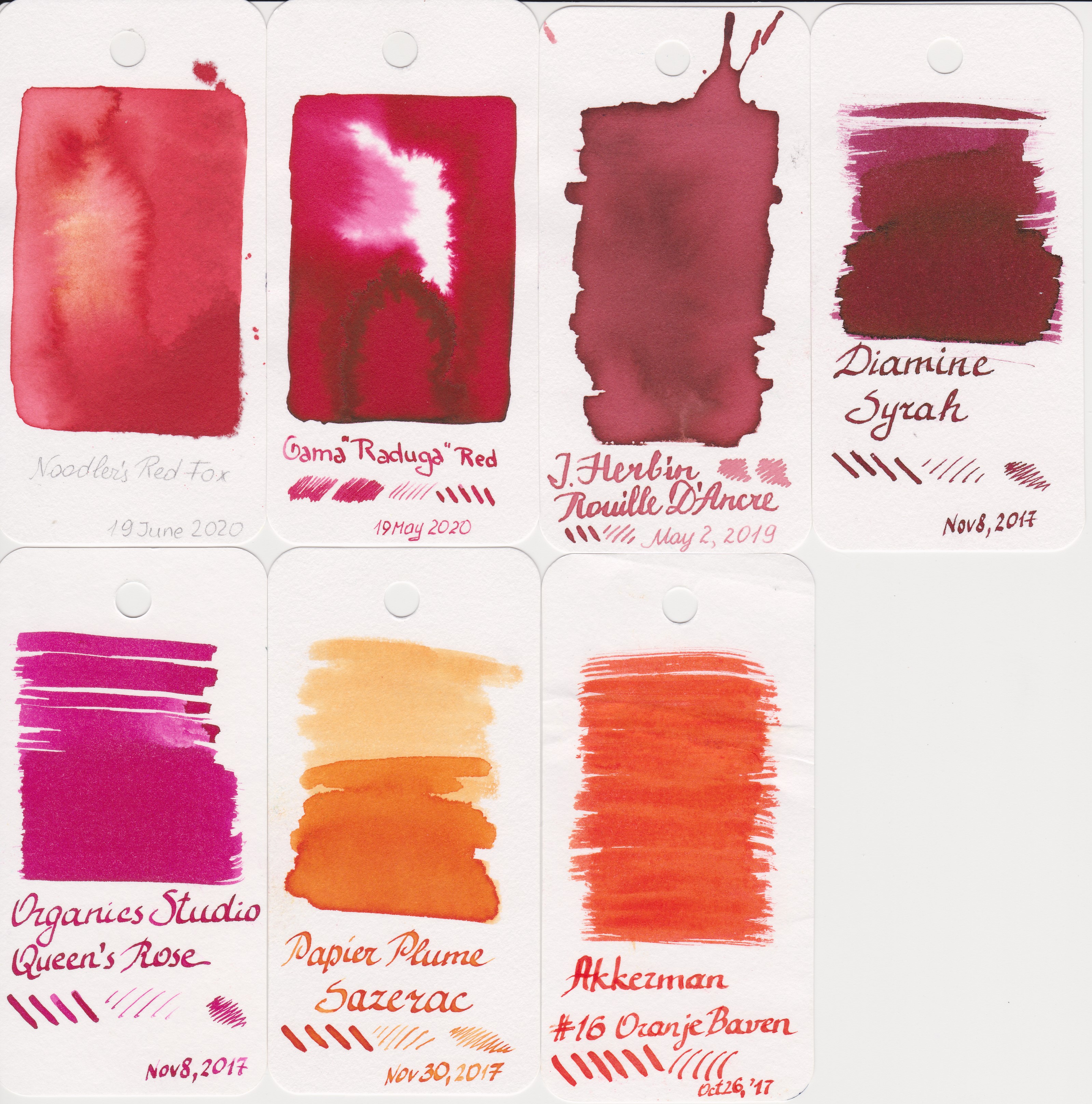 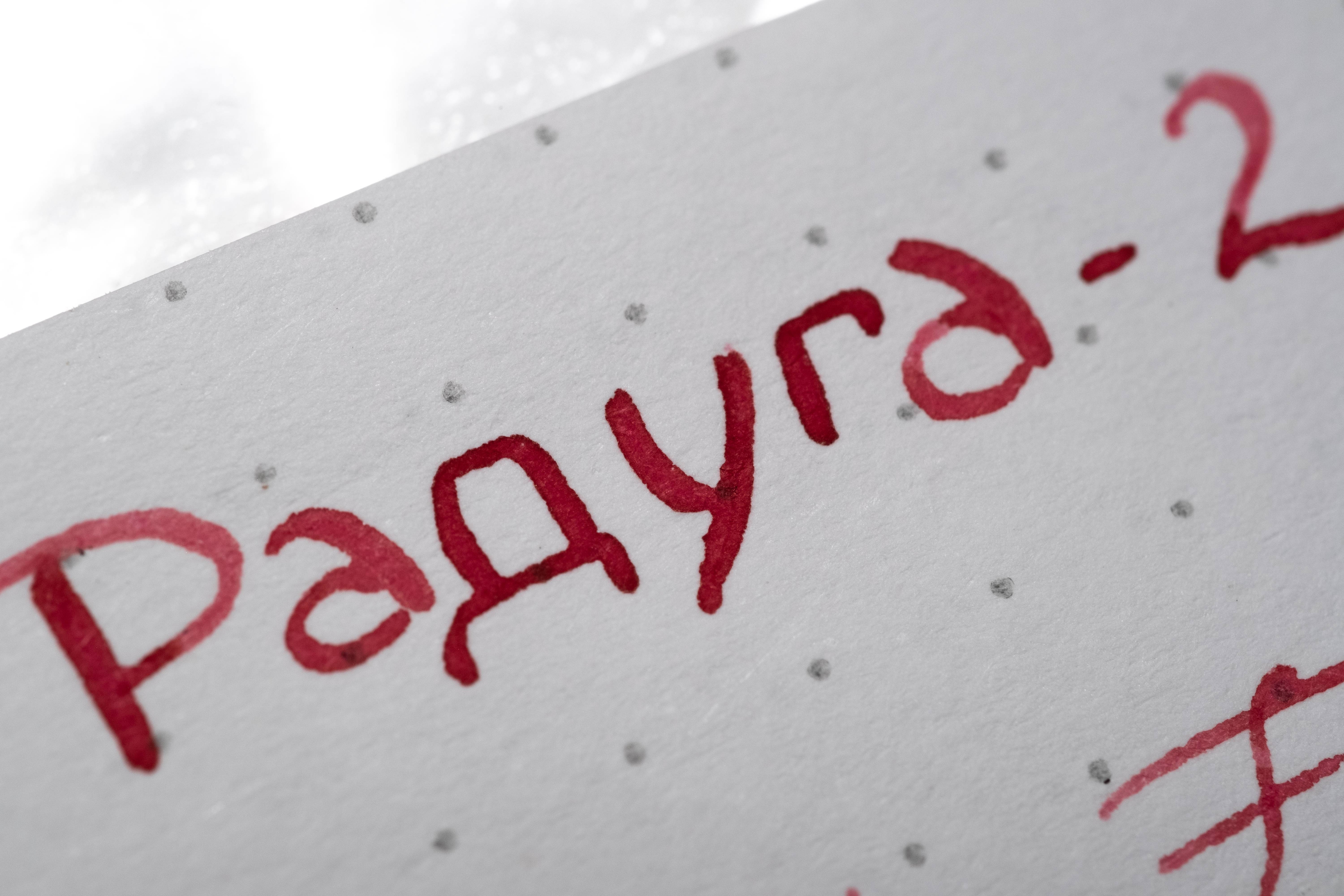 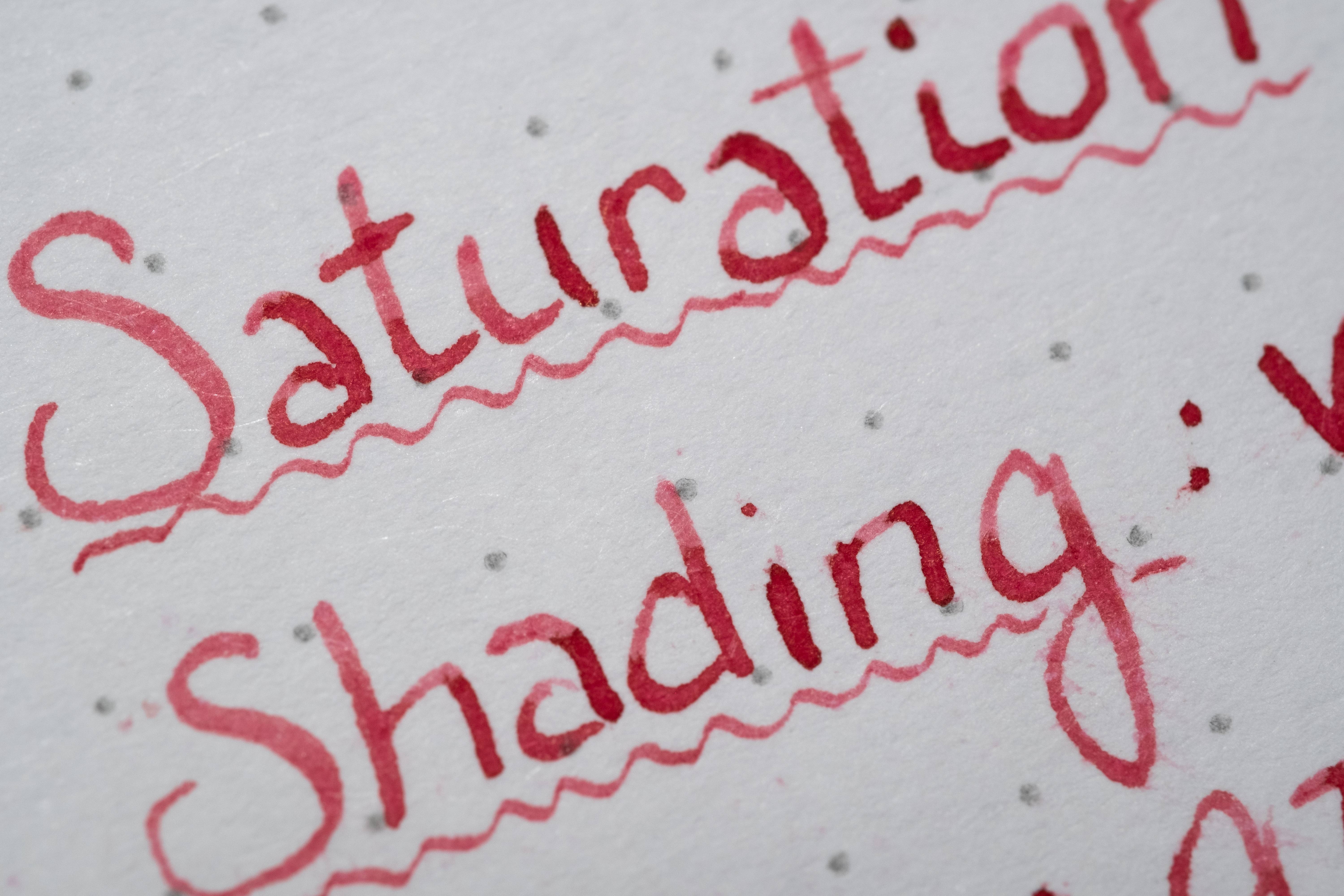 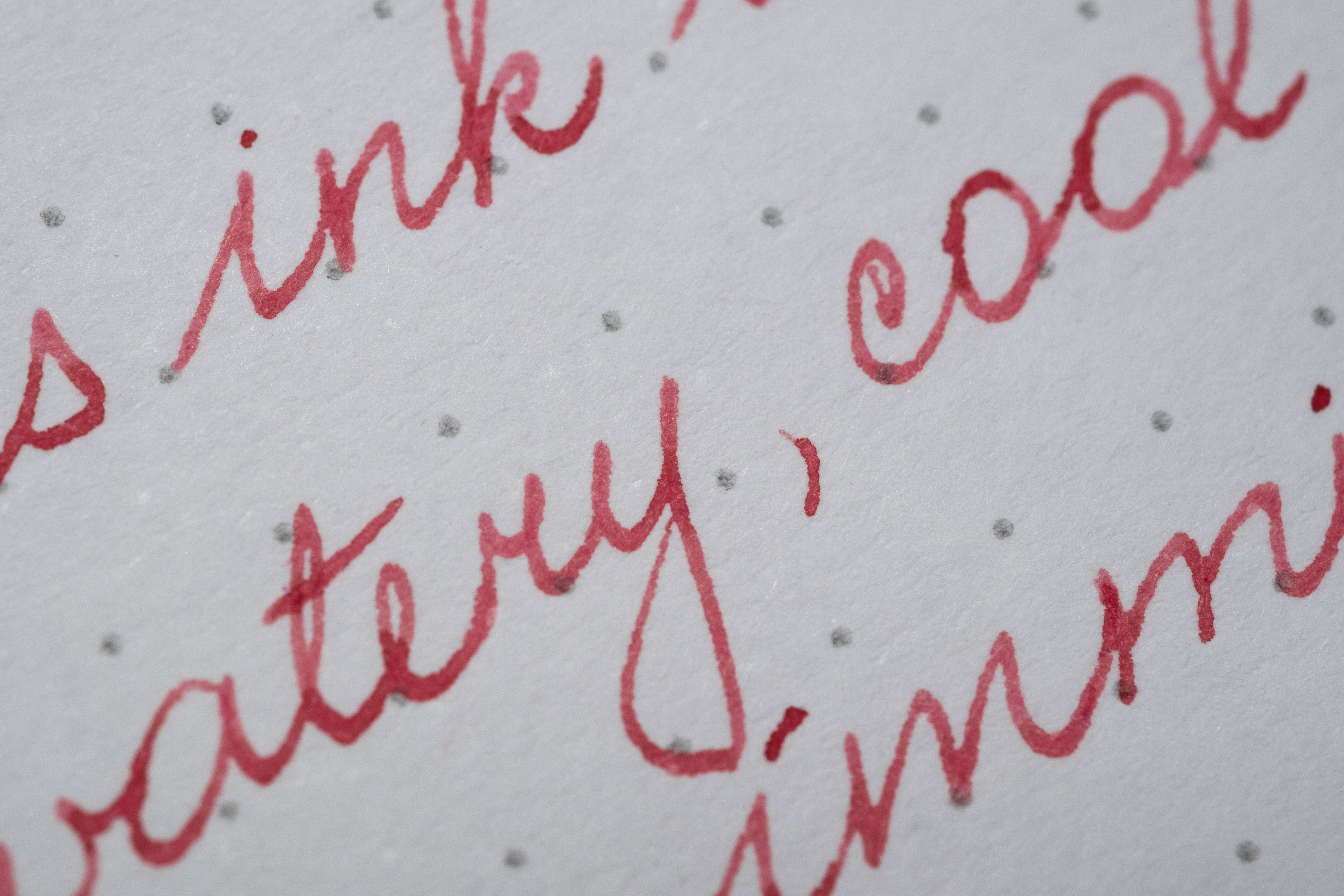 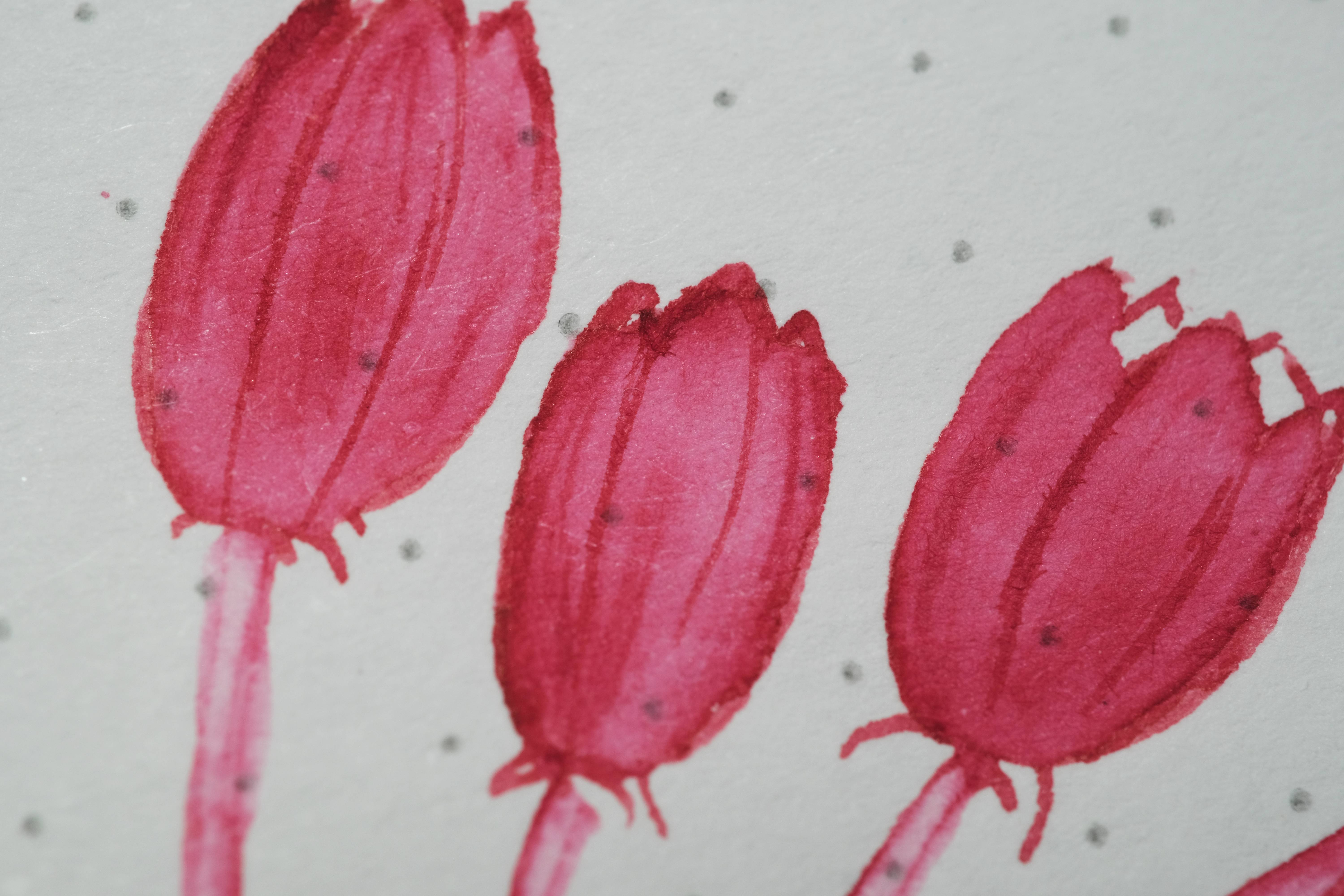 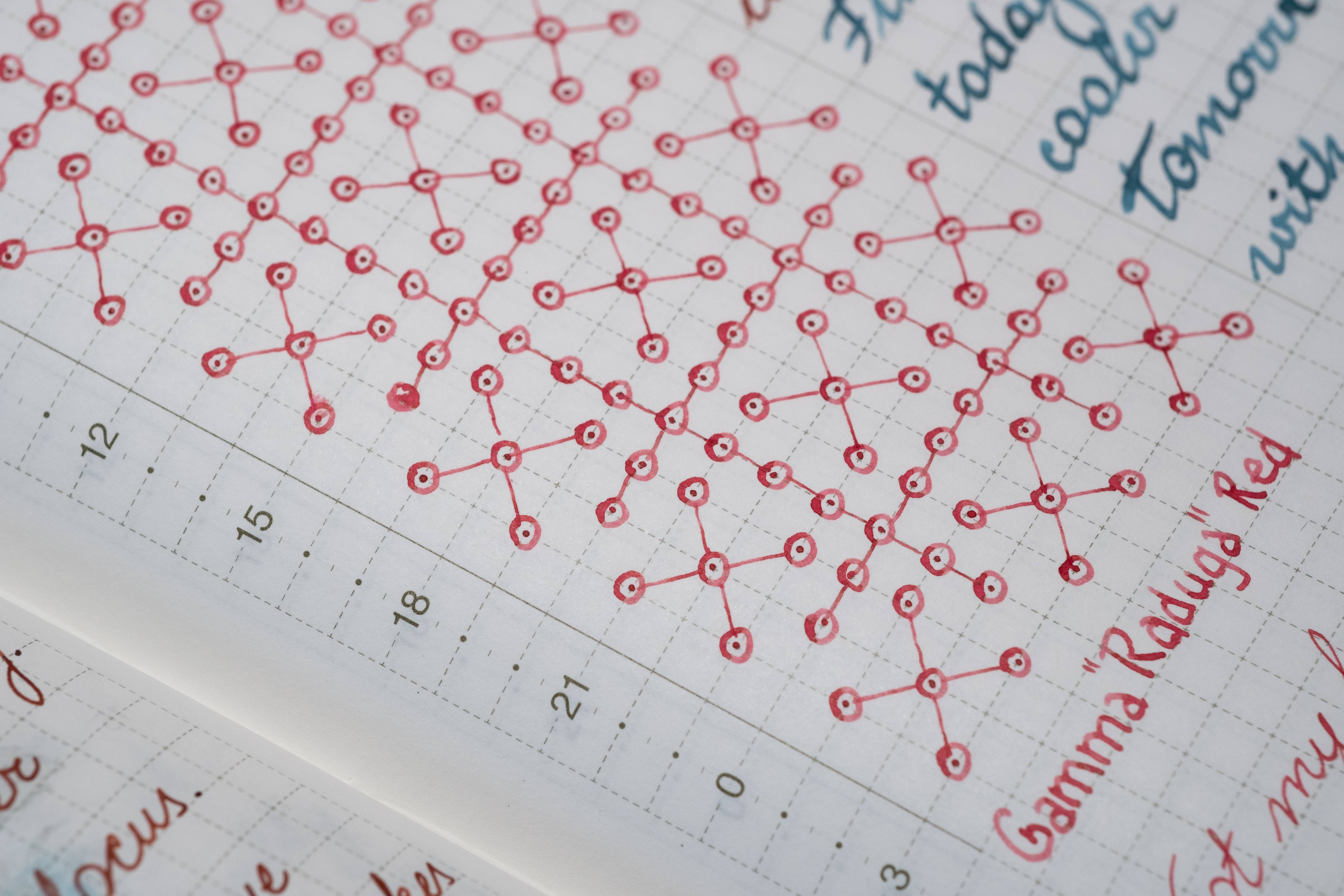 Thank you, Amberleadavis, for this curious blast from the past!

Great review!  Thank you.  This isn't really my color of red though.

Thanks!  That was a great review!

Beautiful review of an unfamiliar ink!

Oops, I forgot to add a photograph of the Col-o-Ring splash, fixed.

Puts my review in the for amateurs only section!

Thanks for sharing the story and memories...... I'm not sure if the ink deserves it, but then again, anything that provokes memories like a Madeleine dunked in a cup of tea is worthwhile that moment

This is a fabulous review much better than I would have done thank you.

That is a wonderful review! Thank you!!

Also tagged with one or more of these keywords: gamma, raduga, raduga-2, red, ink review