Not to be outdone by Jinhao, Wing Sung ( WSE via Paili ) decide they would do their own variant of a wooden barrel vintage styled hooded nib .. here goes Wing Sung 3411, just released a while ago, in 4 type of ( wood ) finish , all having same pen parts, can be had with F EF, or a mild Calligraphy Fude ; first impression is that they just take their old 3006 and re issue it in a different finishing which is all wrong , comparison of the 2 models reveal that other than the inner parts, every others are not the same and not interchangeable ( except the cap since the diameter of the pens are practically the same and hood profile close enough ), to compensate for the thickness of the barrel which use a brass thread insert , the coupler is made slimmer on the barrel end but thicker on the clutch ring and now chromed, the section is minutely and marginally larger than that of the old model's; the barrel is longer but diameter are kept practically almost the same, again only marginally fatter; making it a larger but slimmer looking pen overall. The cap design remain but this time they ditch the hideous screen print legend and just keep it simple and tidy brushed steel with chromed finale and clip, curiously no where on the pen is any legend stamped or otherwise 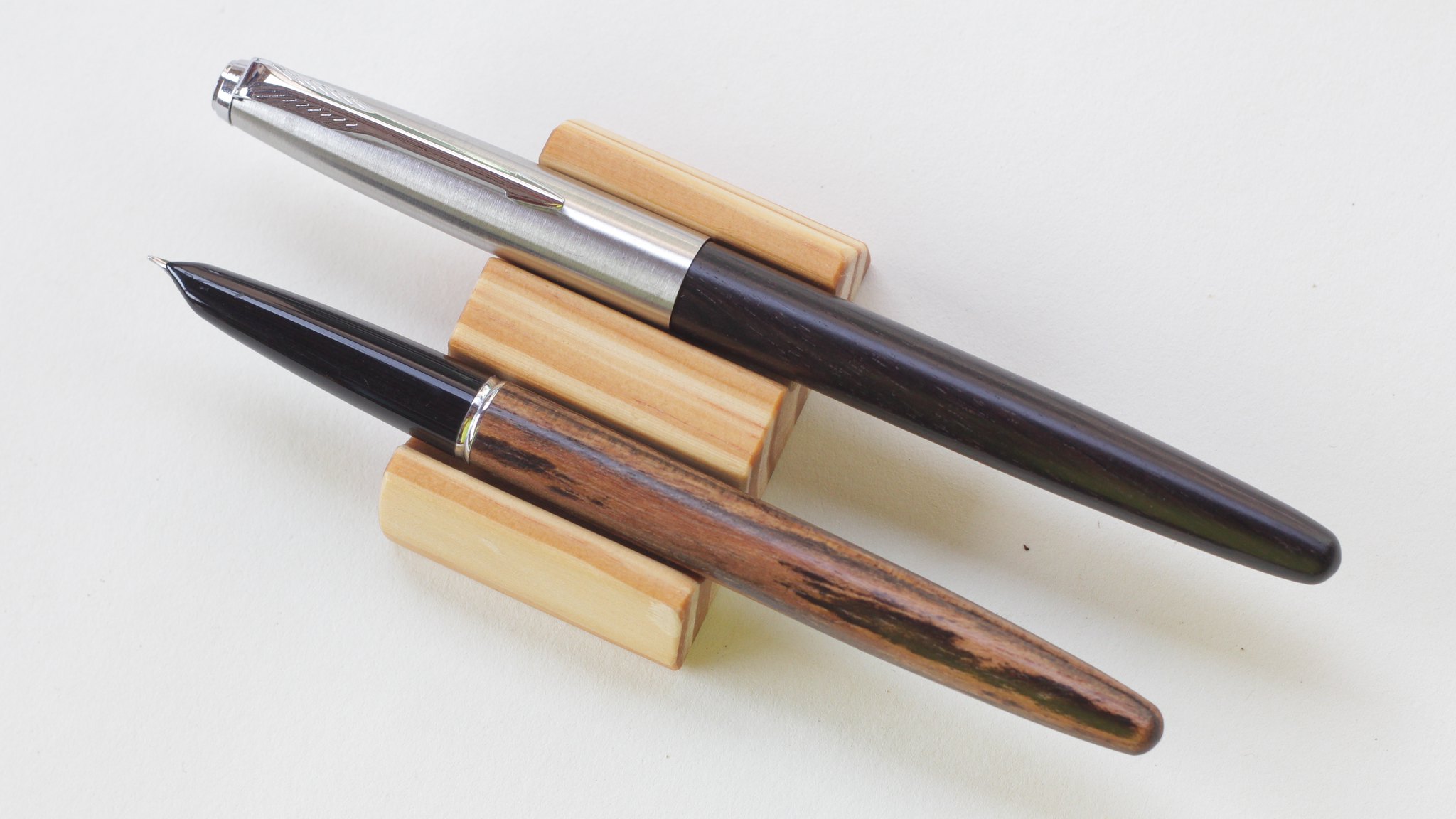