This review is more of a pictorial representation of a pen that I believe is not represented well on the internet. Some months ago I fell for a maki-e technique called byakudan-nuri. See my other post on a Danitrio with a similar finish.

Here is what Platinum has to say about this pen.

"Byakudan-nuri is named from its body color changing overtime being similar to Byakudan incense wood (sandalwood) used in Kodo (traditional incense ceremony). The traditional Japanese technique has been passed on through generations.Yakumo, the floating clouds painted on the ceiling of Izumo Shrine, is used as a motif. The arising sea of clouds and the sky are painted on the barrel. It is a fountain pen featured in deep color of makie providing a mystic impression."

Anyway, byakudan-nuri is a neat maki-e technique that looks rather unassuming until you get it in the light and then it appears to glow from within. It’s a sophisticated aesthetic. 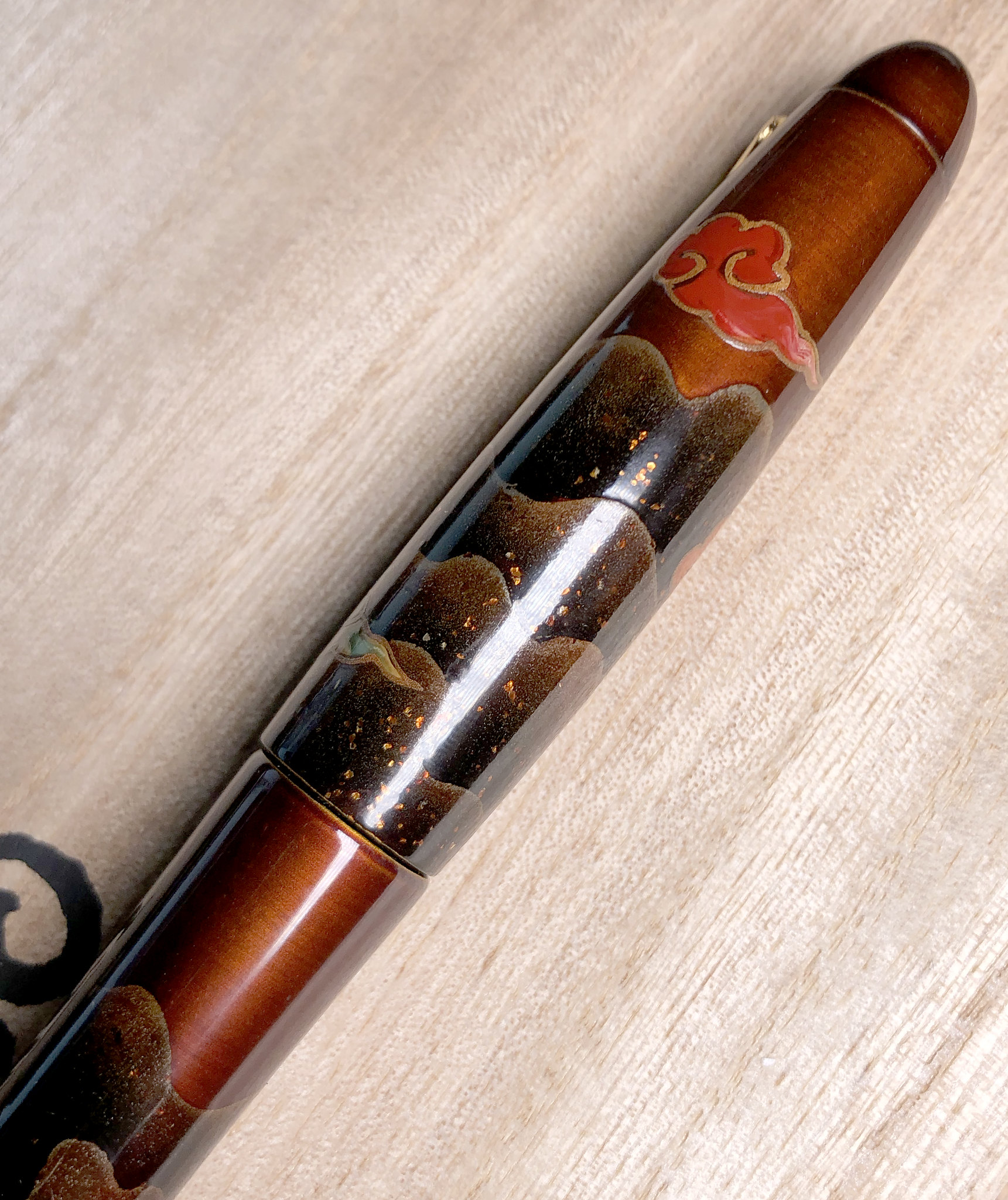 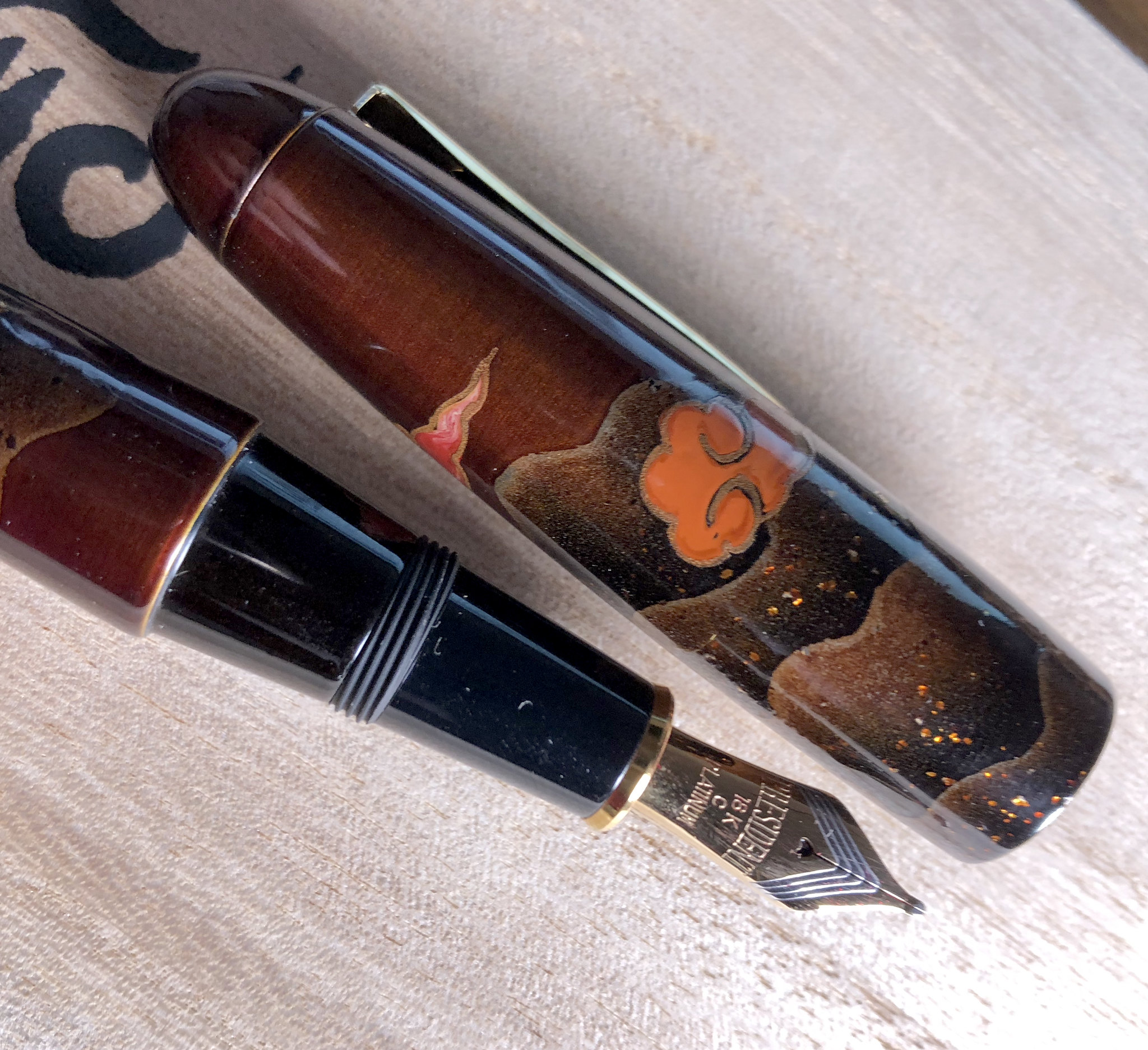 I was drawn to this particular pen but, to be frank, it appeared, based on online photos, that the quality of the maki-e left something to be desired. Consequently, I never pulled the trigger. Once I got the Danitrio, however, I knew I had to take a chance on this pen. Boy am I glad I did. 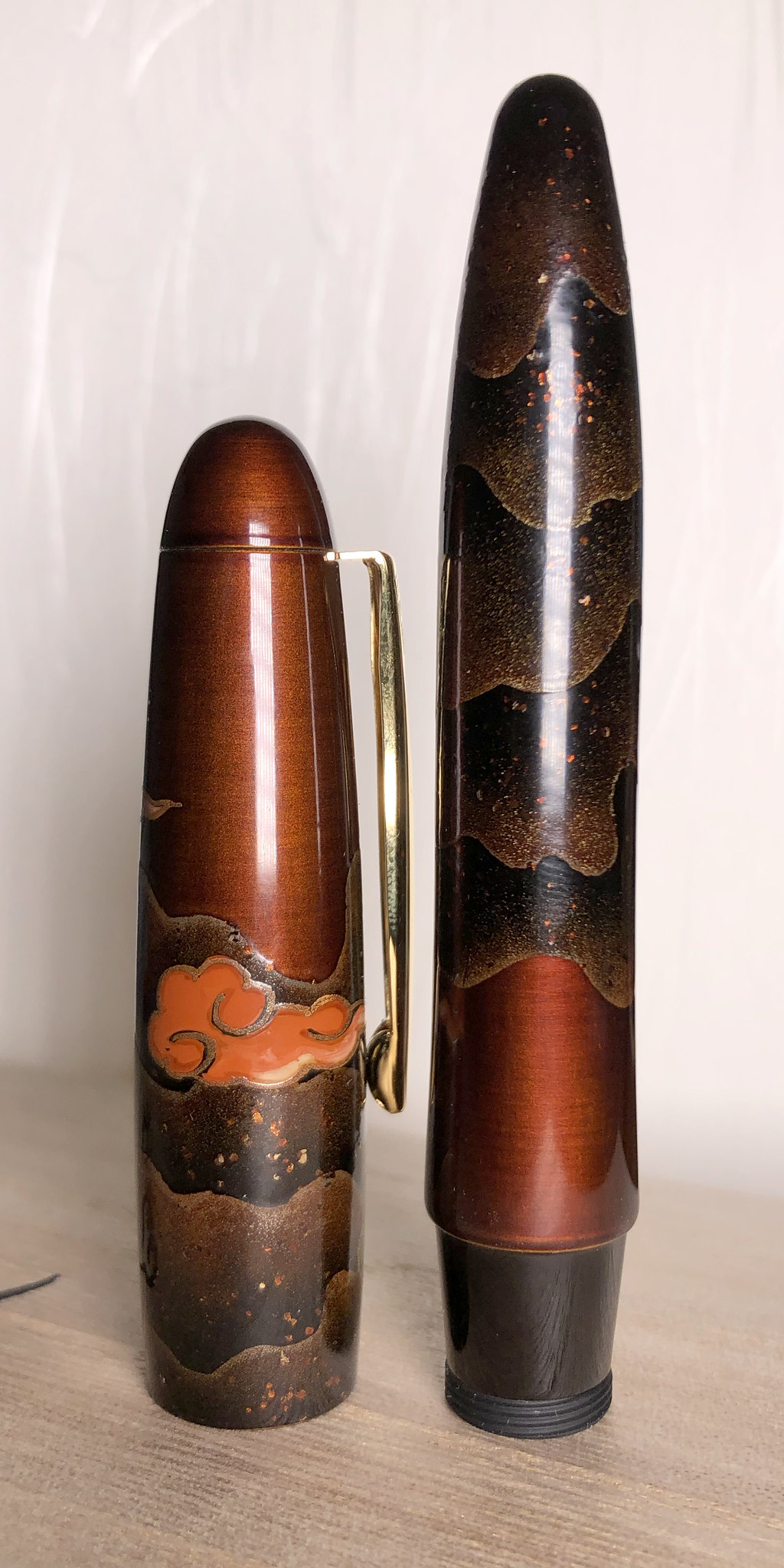 This pen is a stunner and references an interesting temple that is periodically rebuilt so it has a cool back story. There is visual and tactile maki-e over a byakudan base so there is a little more going on than with the Danitrio I also posted about. The byakudan-nuri here has a slightly different effect (copper foil versus gold dust basement?) but it still has that magical inner glow. I hope you get a good sense of the beauty of this pen here, I really tried to capture it better than anything else I’ve seen online.

I ordered the pen with a cosu or course nib, which is really a fat almost double broad. It’s a fun nib and the pen is a perfect writer; I mean freaking magical. There is no real line variation, it just writes a juicy consistent line the first time every time. The nib is very stiff but no pressure is needed at all so it does not matter. I just love the Izumo pens, they are totally amazing and I think under appreciated. There are three Izumo in my collection now and each is its own version of writing perfection. 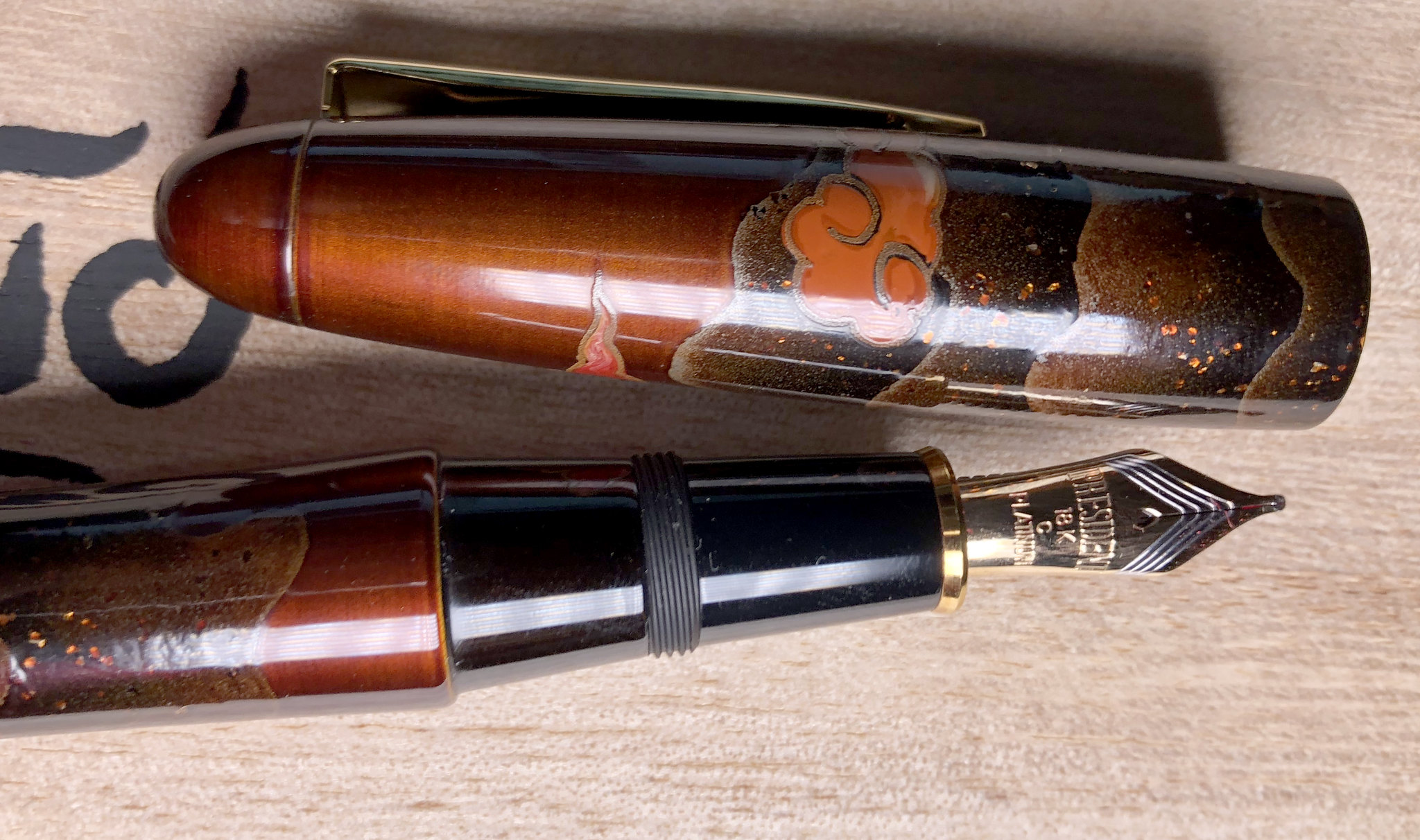 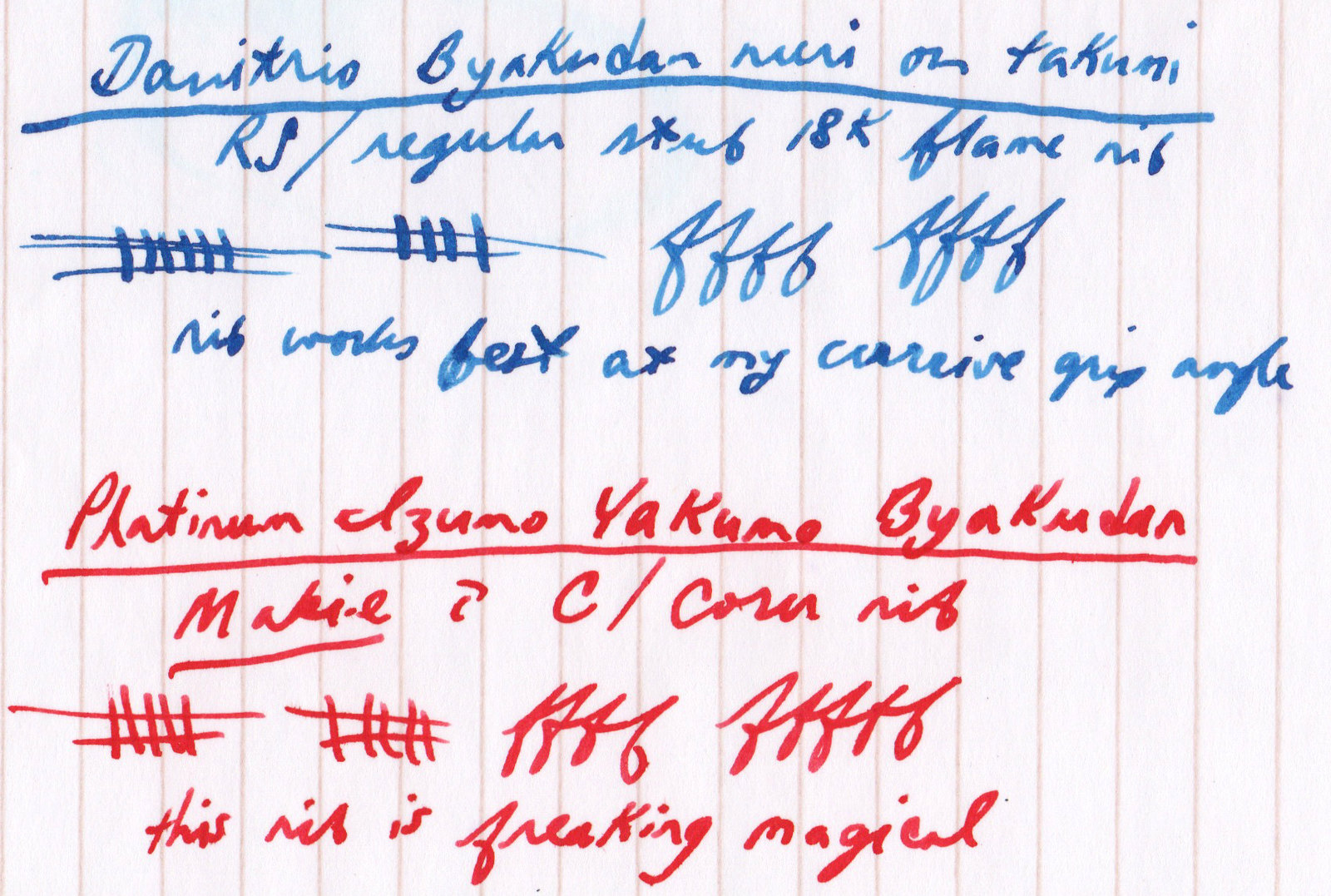 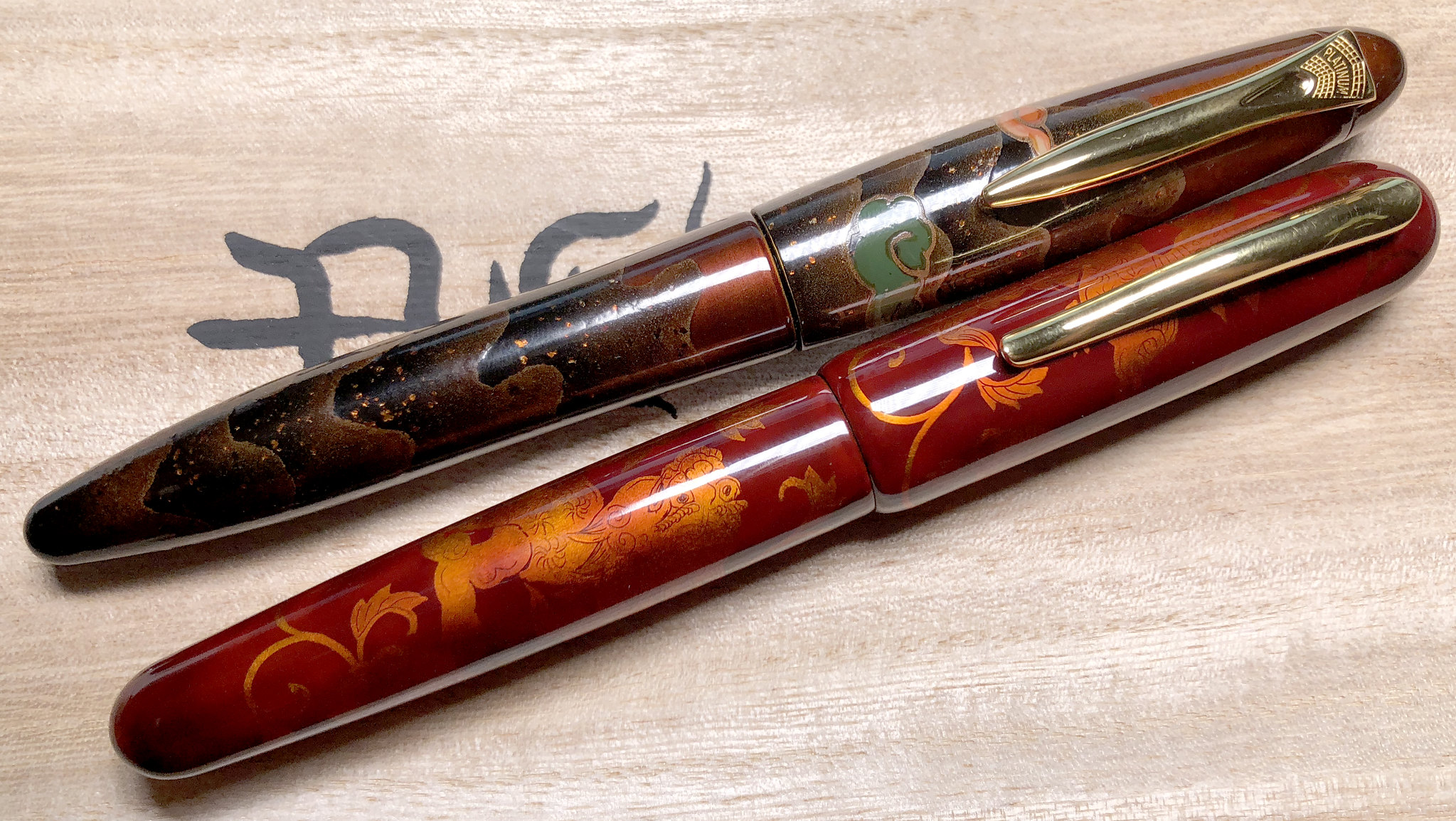 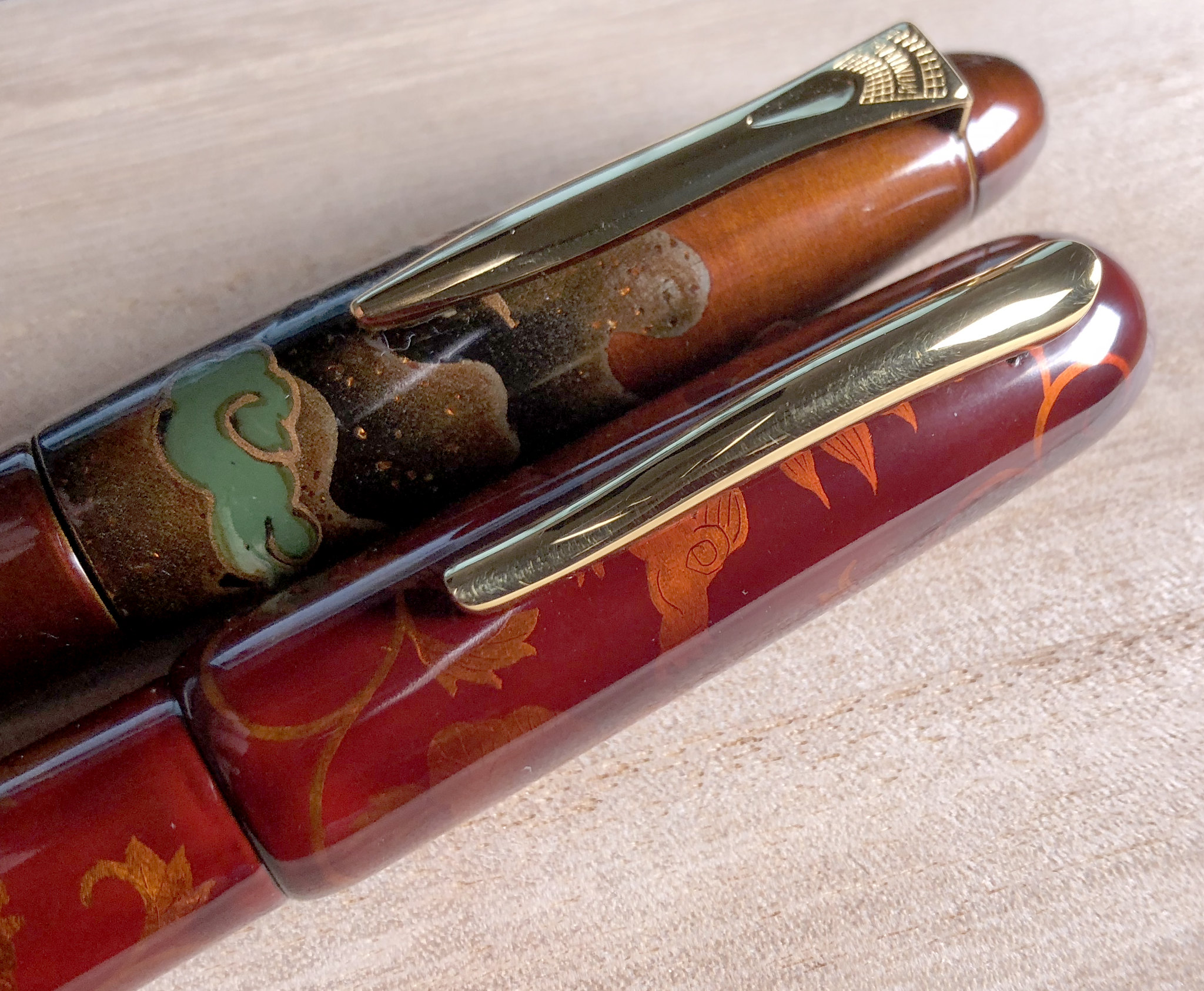 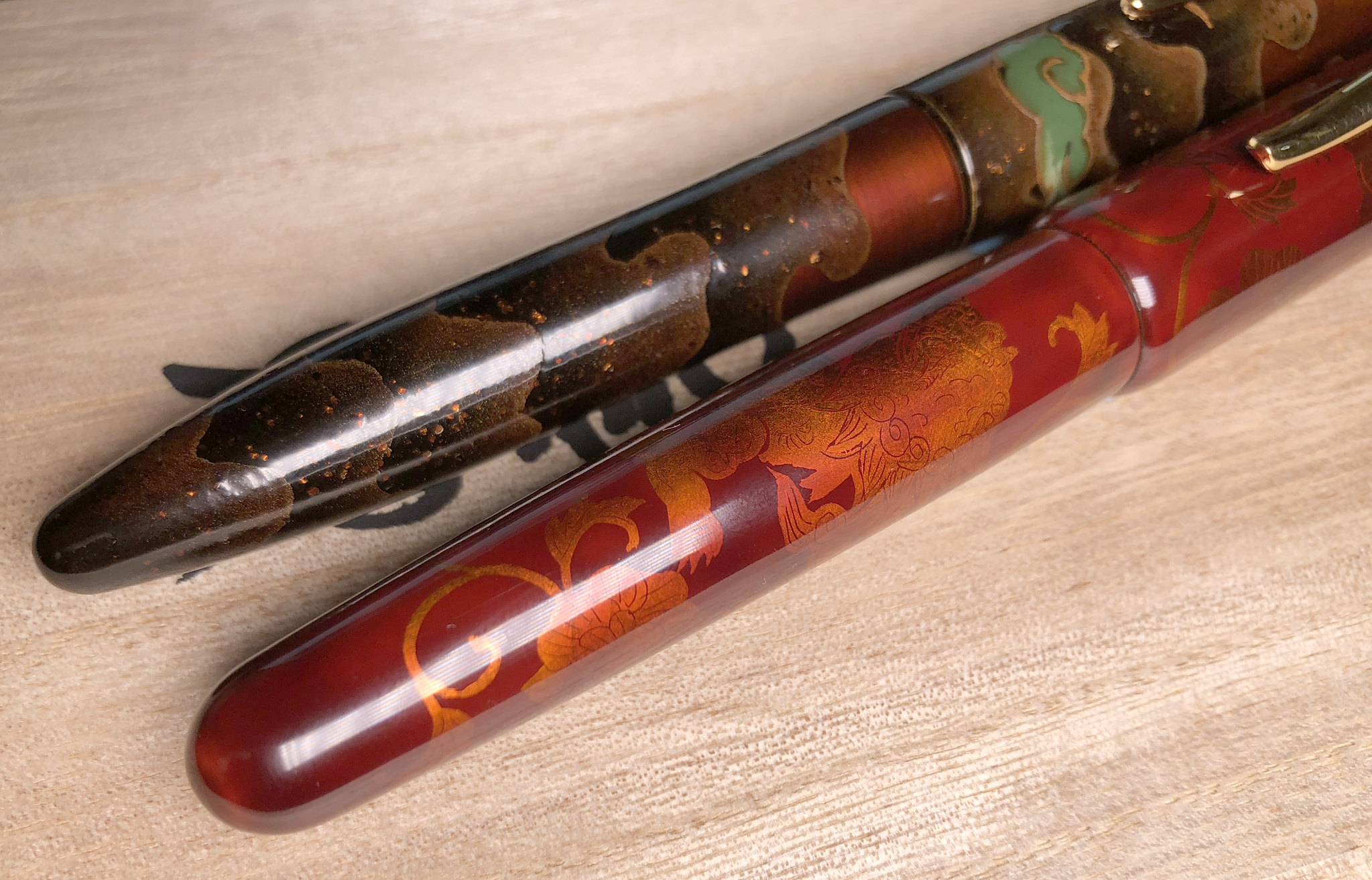 A beautiful Izumo! I have two of them, and this is the one I would like to find next. Thanks for the great pictures!

I love all four of the Sky series Izumos but that one definitely stands apart from the others.

Also tagged with one or more of these keywords: platinum, urushi, maki-e, izumo, byakudan