20 replies to this topic

the barrel terminal is cosmetic and you can secure with a permanent adhesive, and rather than using hot water, use dry heat from a hair dryer to encourage parts to separate.                It sounds like you have already removed the feed - the part that holds the nib - and the problem is possibly more likely to be solidified ink in the channel of the feed shaft - the prod like extension attached to the rear of the feed.

Before getting too keen on a complete strip down - re-assemble the pen and install a Parker cartridge  -  any Parker cartridge should fit  -  just to check to what extent, or not, ink flow reaches the nib.        It's possible it may not be as blocked as you think.

If there is less than good ink flow, leave the pen assembled and make up some form of bulb flush which can be attached to the rear of the gripping section and flush using warm water with a little ammonia or detergent.   Hopefully this will help - repeat if necessary.

Sometimes the hoods/gripping sections on 45s can shrink, which shows itself as a ripple effect on the outside  -  the pen still works but it's an annoying feature of this model.

Do as PaulS says, especially his advice to avoid a tear-down below the level of units that were meant to be unscrewed. For example, yes, unscrew the nib-unit, but to not pull the nib out of the unit. It seems you have done that to the nib-unit, but do not do the same to all the other units that unscrew.

A Parker 45 will take any Parker converter, from the original squeeze converter to anything currently sold. Through EBay or Amazon, they sell for $5 (USD) or $10.

An advantage of the converter is that you can suck in water and blow it out. That, with regular use, keeps the pen from clogging, once youve got it writing, of course.

Ah: Parkers use a proprietary converter and cartridge, and have since 1960. The business model, back then, might have been to sell one Parker 45 (it was the original cartridge converter pen) and then sell many cartridges. That was the US model for selling one razor and many blades. There was no "international standard" that any company might have adhered to. It helps us that Parker has kept its same standard.

Keep on. It sounds like you are close to having a great fountain pen.

Hello, thank you for your advise. I did remove the nib out of the unit but frankly I felt like I had to, it was caked in solidified ink from who knows when (70's most likely, when fountain pens were still all the rage where I live).

I'm currently waiting to see if i can get the other 2 pens, they have squeeze converters and I can grab the one from the GT. I can source one of these locally I think, but i will get a modern Parker converter as well mostly in case of an emergency (old rubber is old) and for cleaning purposes.

My immediate fear with the ink in the feed is not flow, i just don't know what ink that is and i would prefer not mixing it with some other ink down the read and get an adverse reaction inside the pen. There seems to be no warping on this one fortunately, as it is right now it just needs a converter or cartridge. 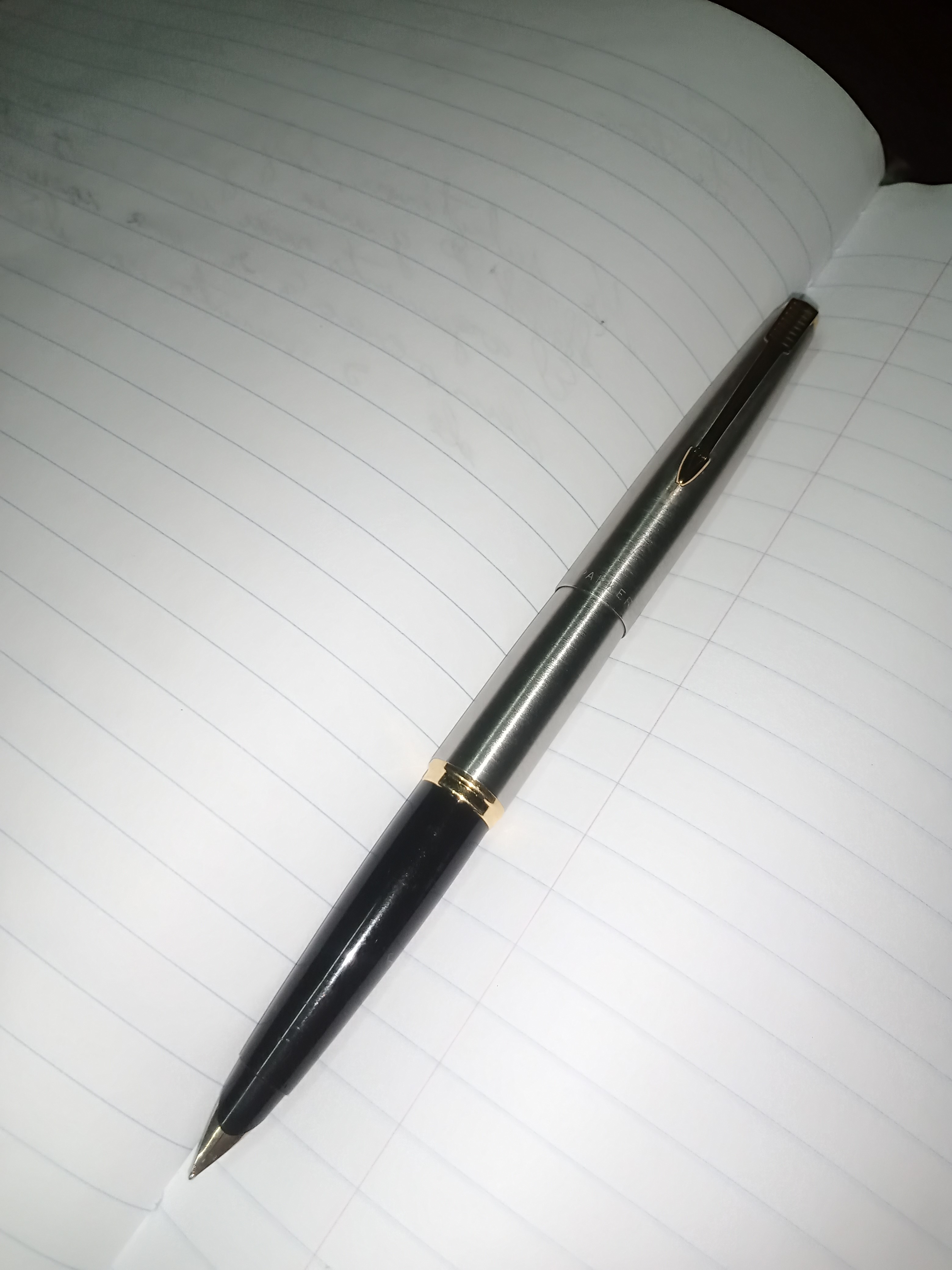 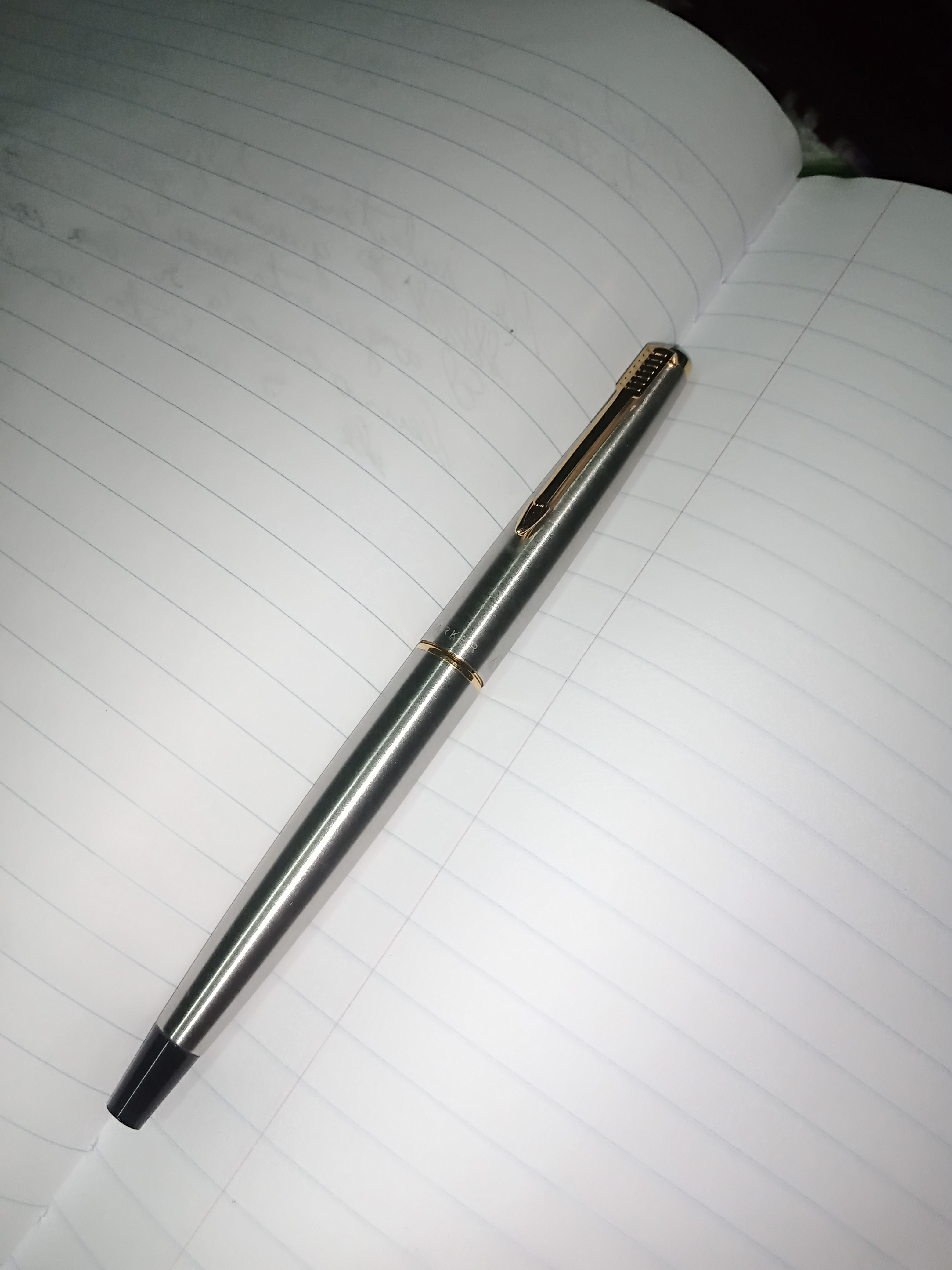 Also tagged with one or more of these keywords: parker 45, parker, flighter, vintage