Hi all!  I wanted to share with you my latest find!  It was on eBay.  I recognized it immediately, although I had never seen one before.  I noticed a little bit of damage, but thought it would be worthy of restoration and some love.  I made a reasonable offer to the seller and here it is!! 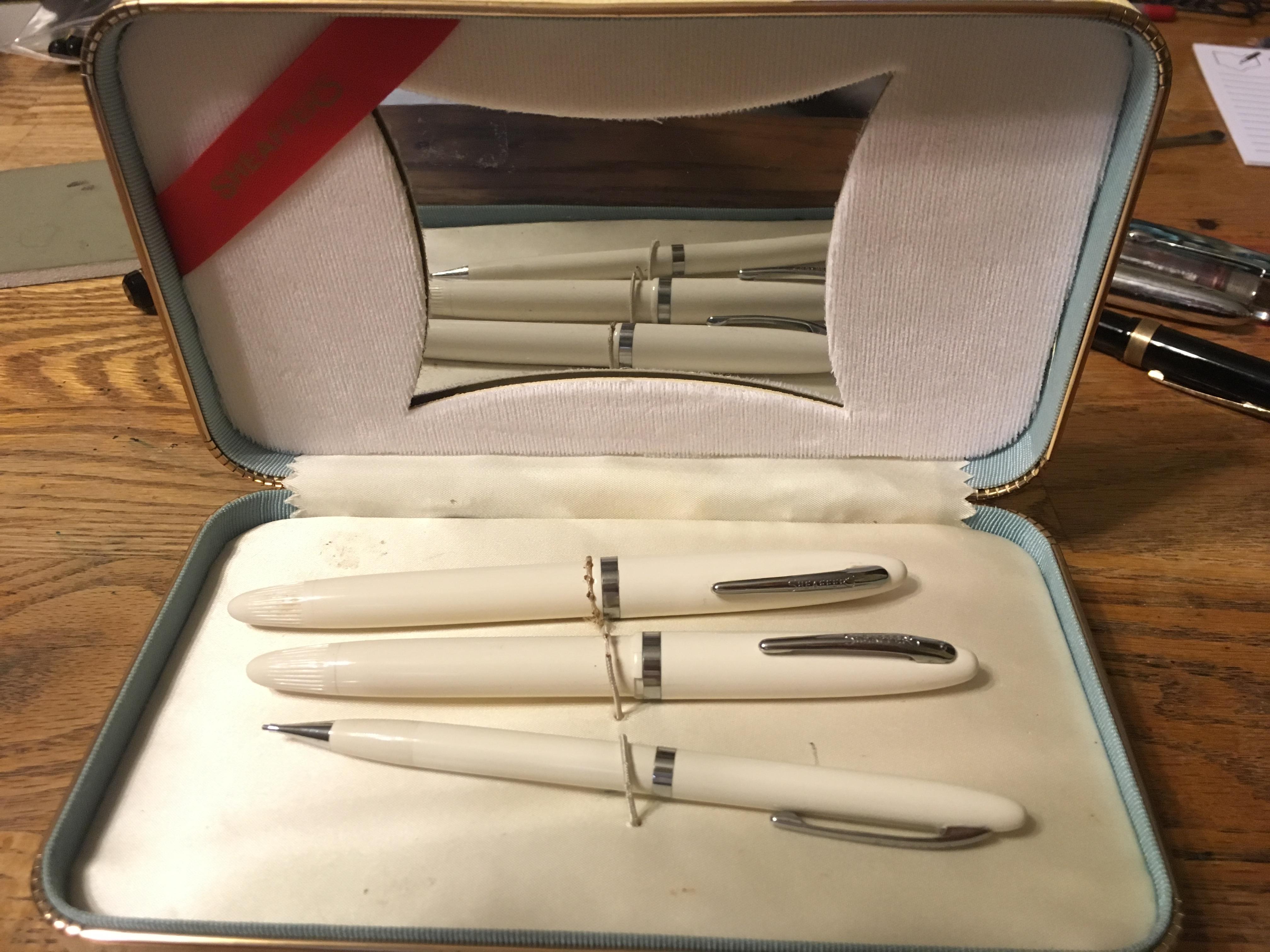 Tried to find out a little about this pen, but it seems to be a bit of an oddity.  Not even FPN searches came up with much.  The only thread on it I could find was this one.  And their pen is decidedly different than mine.

For one thing, this is a fully open nib 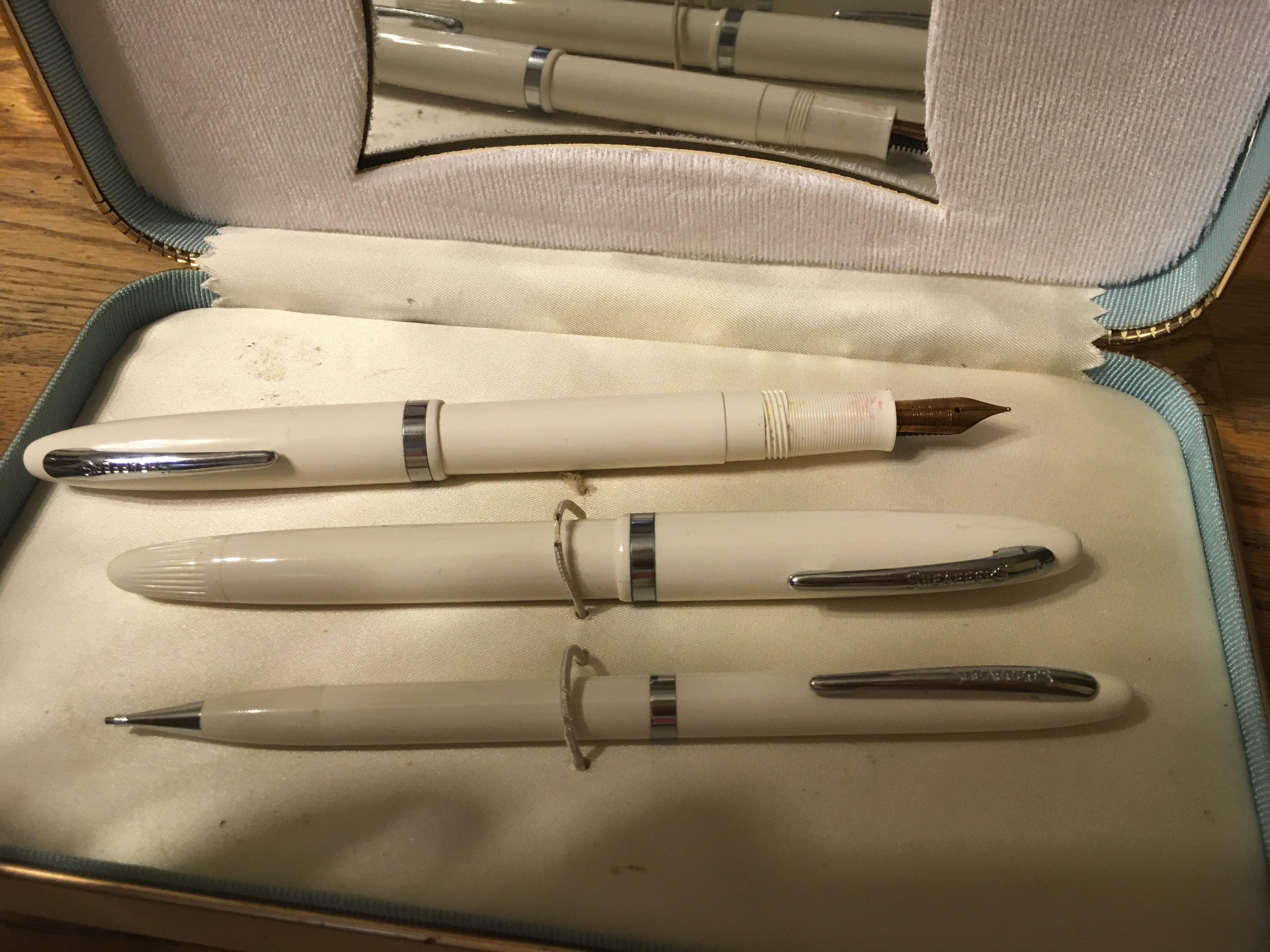 Took it apart as soon as it came.  It disassembled with no fuss whatsoever (the discoloration on the nib is from sac shellac residue.  Already got it off once, it will be pure white again soon).  The sac is definitely original, but much to my surprise still had flex and give to it.  Oddly, the o-ring was in worse shape than the sac, which was a new one to me.  But they were replaced.

The only downer on this pen set has to do with the thermometer.  A bit of the cap is broken off, and of course, the thermometer is missing.  Maybe one day with a little research I can find out what the original is supposed to be and get one to put in it. 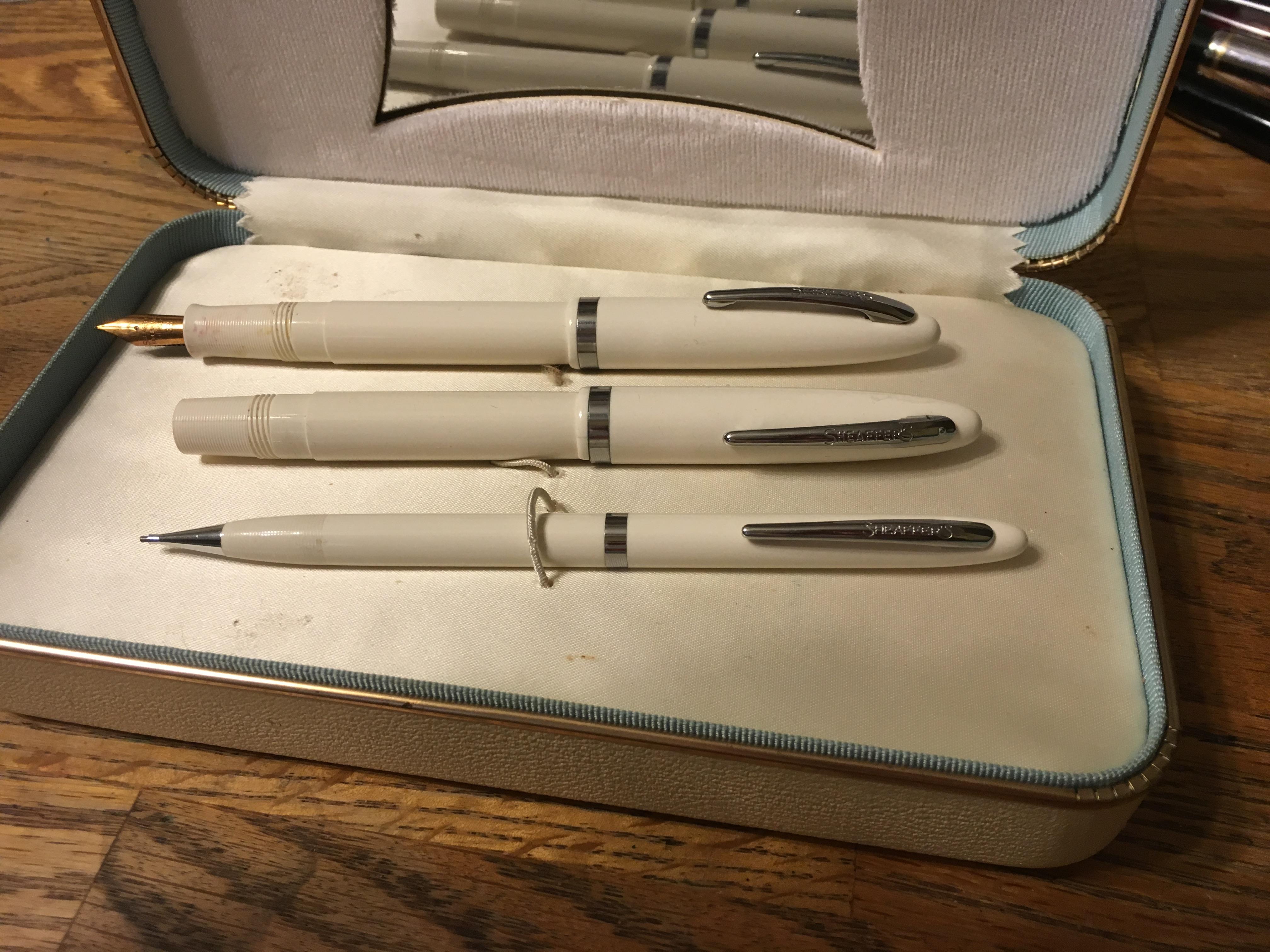 The pen is Canadian.  Says it on the nib as well as the 14k identifier 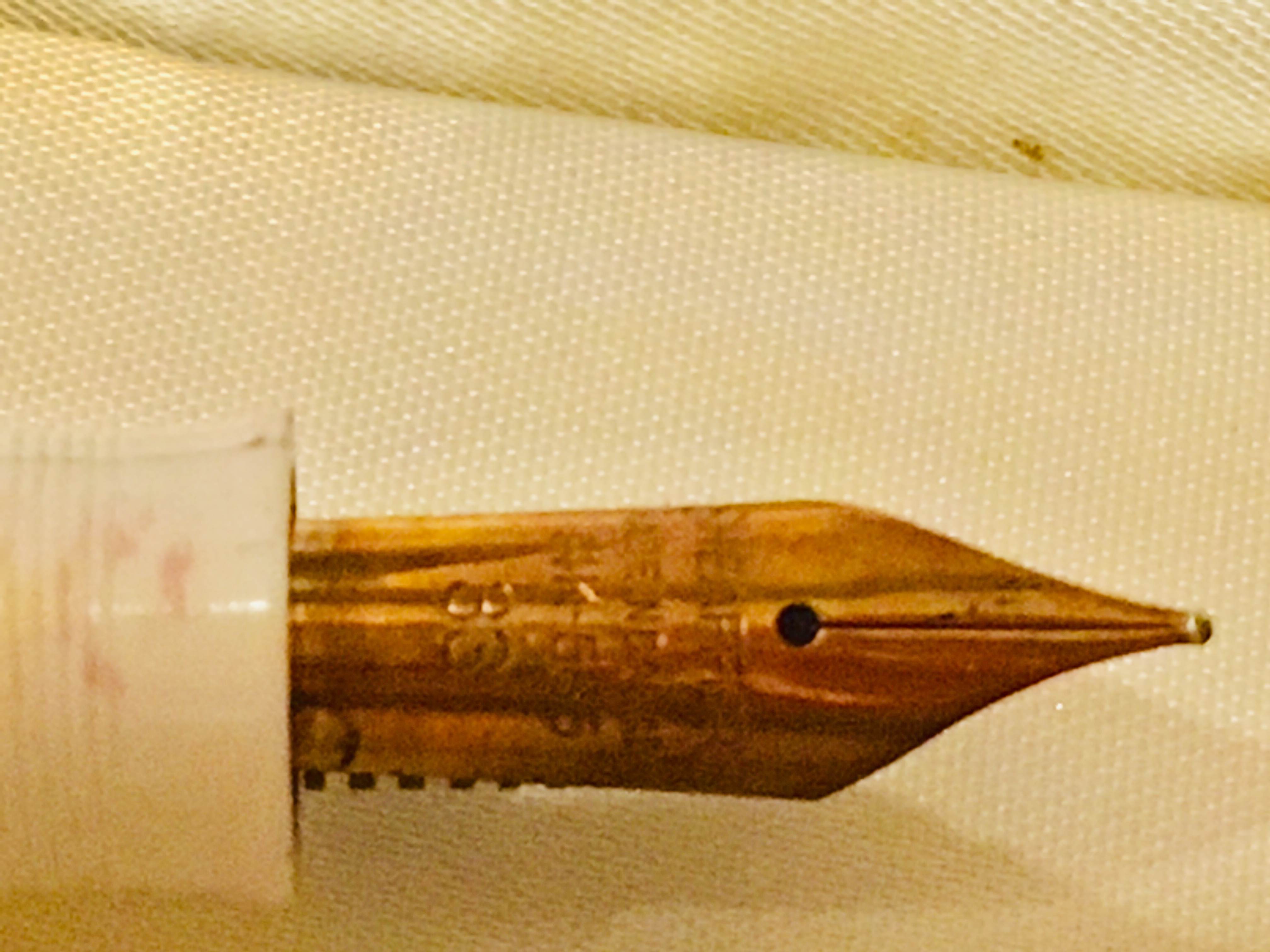 And the thing I did NOT realize when I bought it: This is a TIP DIP!!!!  Nib comes out and I can replace it with another one a la Esterbrooks.  But writes beautifully.  Very, very wet. 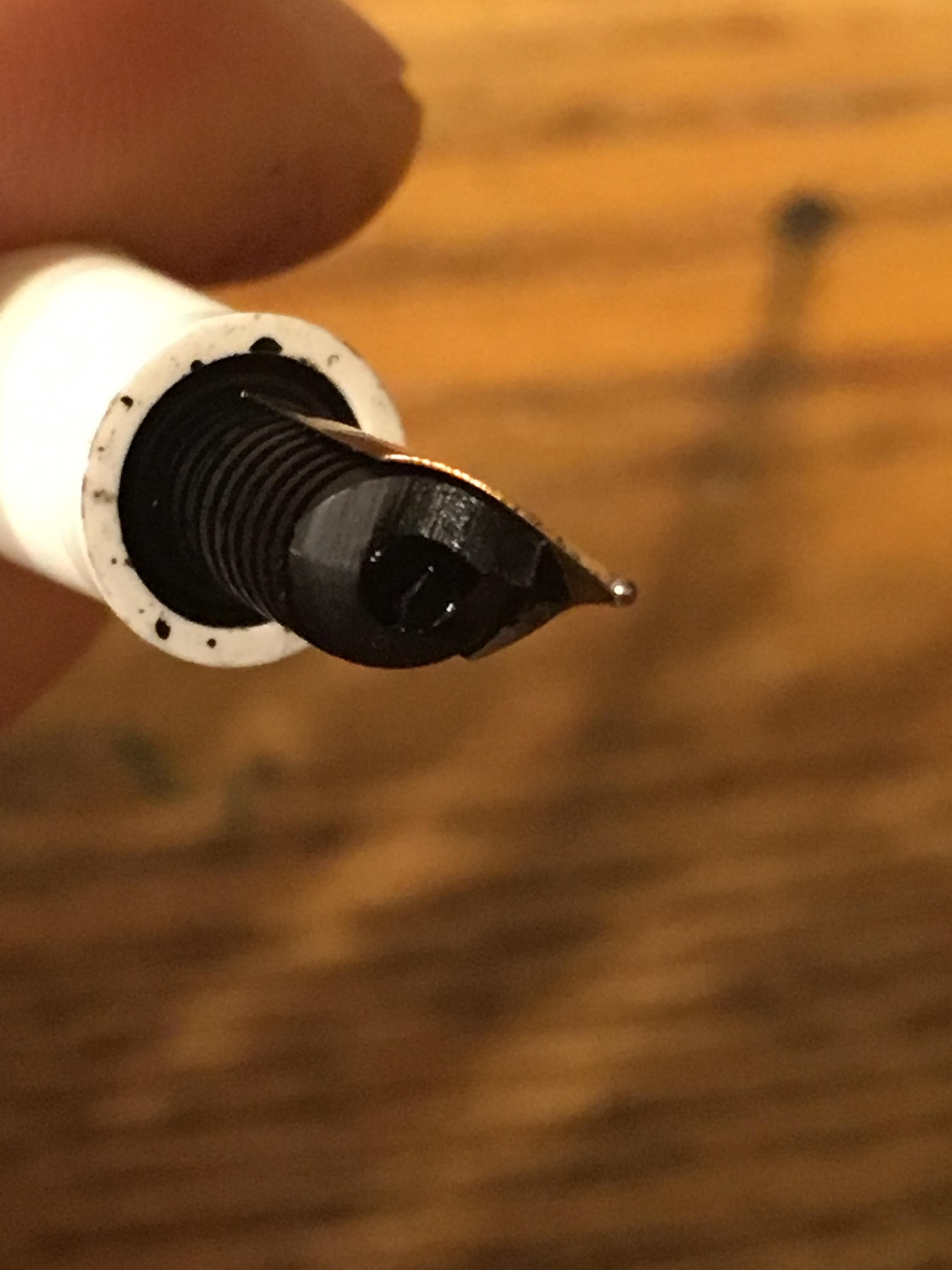 I'm not sure the seller realized the bottom came off.  I frankly was hoping I'd find the thermometer down there, but no luck.  However, it did have the original instruction slip in pristine condition -- as if it was never opened before.  AAAAAND the original pen case, which has no imprint on it at all -- it has never held the pen a day in its life!! 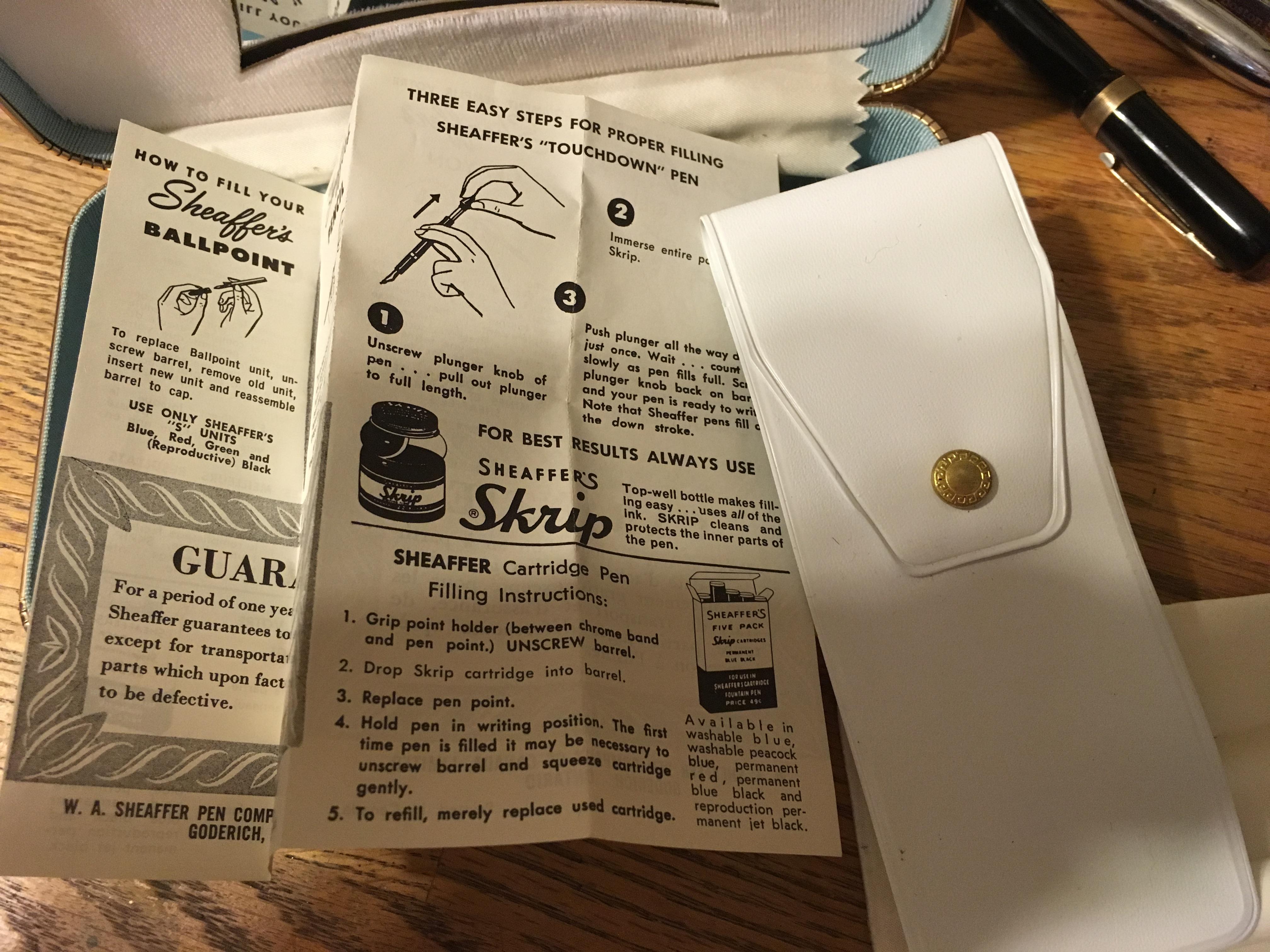 And lastly, just because the other one brings me so much enjoyment, I wanted to photograph it next to my other beloved Doctor pen set.  My beautiful, prized Waterman 100 year.  This too, shall be much prized. 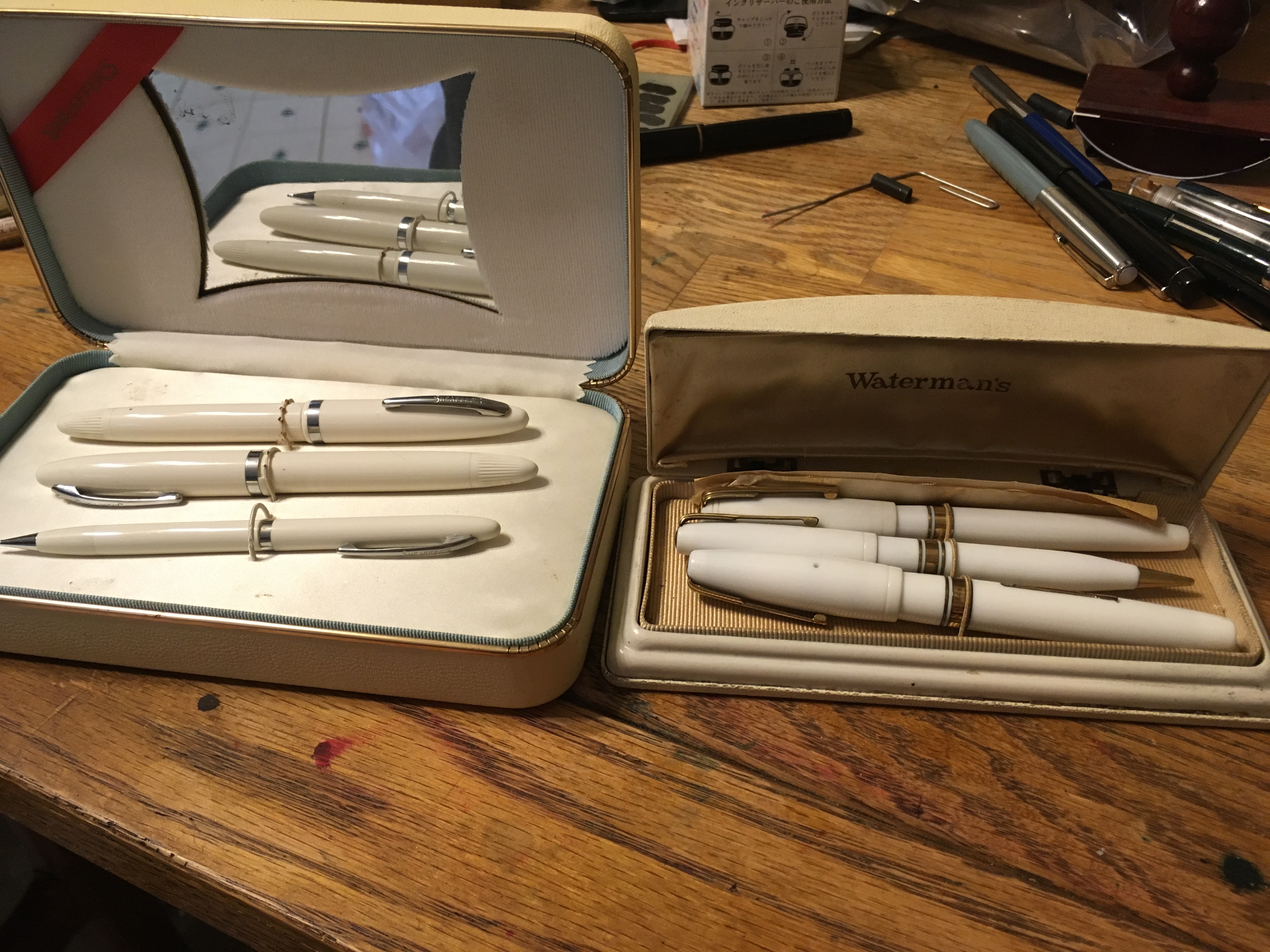 
I had similar thoughts, but I have not seen any nurse sets with thermometers.

I purchased a similar set that still has the manufacturer’s marks on it, which stated “CADET”.

Why carry one pen when four will do!

When I first started in insurance and I worked at an agency, they said that was pretty much the criteria for employment.  I wonder if they used a set like this to satisfy the prerequisites