I was recently sold a what was described as a Broad Italic Duofold Centennial nib, but I have some doubts as to that. The packet it came in indicated "BI" so that was that I thought and it certainly wrote a little broader than the M nib my duofold came with, but it just didn't seem right.

Finally did what I should have done from the start and took a loupe to the thing and the nib certainly doesn't look italic to me. It looks distinctly oblique. The feed number code is 87. From my scattered researches since then I think I've pinned this down to a "Fine Oblique". Can anyone here please confirm this for me?

The Broad italic feed code I'm not so sure about, but I think it might be 95 (but that might just be for the smaller International nibs..?)

I've reached out to Parker themselves (twice) but am still awaiting a reply. The retailer (theonlinepencompany / pilotfish) just packages and sends these things so they have no clue either.

Any assistance in identifying what exactly I've been sent would be most appreciated! 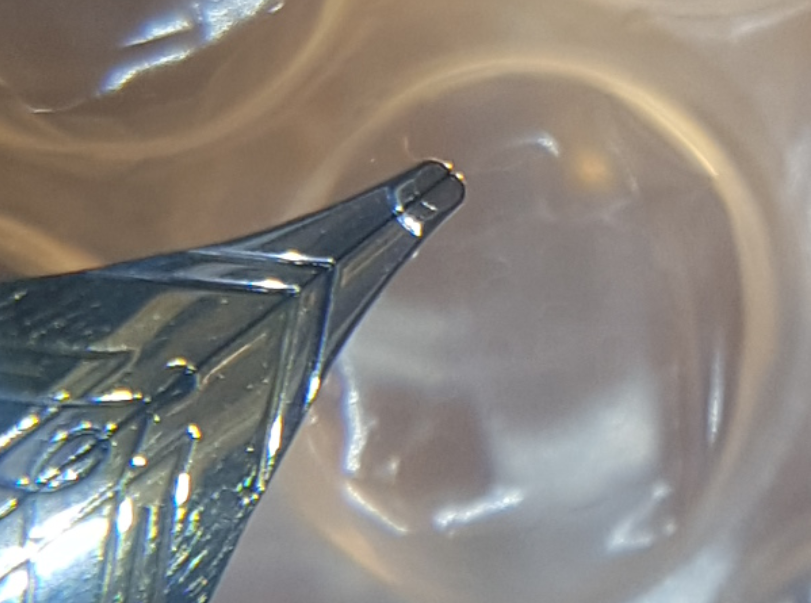 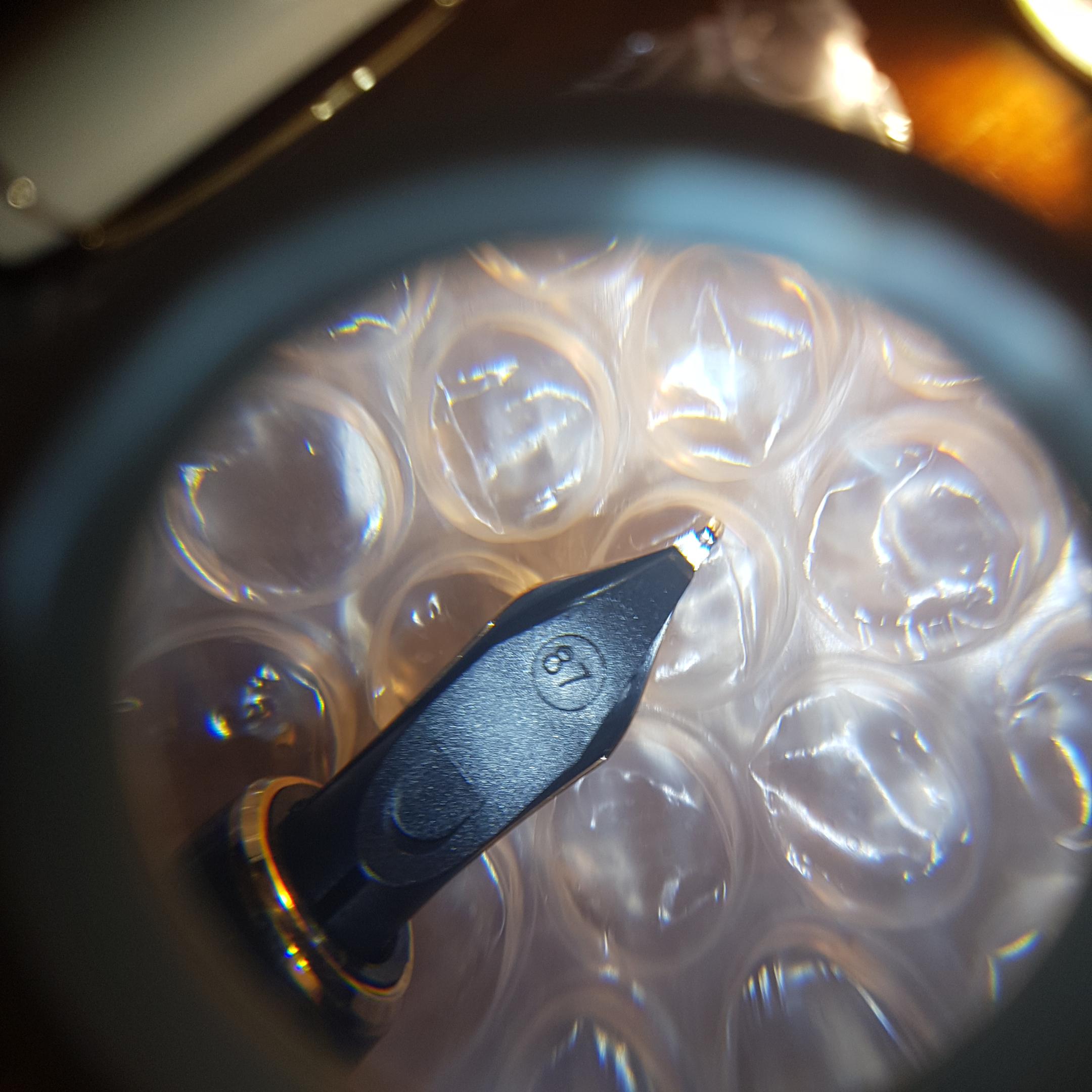 You are right. Its a Fine Oblique. Here is an old Duofold nib chart: It may not be what you expected but the Duofold oblique nibs give a beautiful script.

Thanks for the chart!

Mine is a 97 broad reverse oblique! Now I know!

You are right. Its a Fine Oblique. Here is an old Duofold nib chart:

Thank you very much Joane for the chart and the confirmation! It's more than I've received from the retailer and Parker itself for that matter.

This whole matter looks to be one that will become most tedious: the seller appears to be trying to shunt responsibility for sending me the incorrect item onto Parker themselves. I really don't understand what's going on to be honest.

Anyone have good experiences with (current) Parker CS? I've never dealt with them before.

In fact, I had been told by another retailer that the Broad Italic is now discontinued.

It may not be what you expected but the Duofold oblique nibs give a beautiful script.

Be that as it may, I paid for a Broad Italic because that's what I wanted.

Why can't it ever be simple and easy?

The broad italic nib was installed on my Parker Duofold Centennial in December 2018, after I purchased the pen on Amazon (November 24) & sent it to Parker, who then sent it to France, switched the nib & returned it to me.  The feed is marked 95 & the nib looks as it should for specified grind.  I have had it filled with a succession of inks since it arrived & have been very happy with it.

I hope you are successful with your exchange & that Parker Service Center is able to make you happy with your pen.

If the dealer sent the wrong nib it seems to me they should make it right. Whether they do or you have to deal with Parker directly, I wish you luck, Silent Speaker, in getting the nib you want. If I had a broad italic Id trade with you. Id like a #87 myself!

The dealer should take responsibility for their mistake. Wish you good luck.

Khan M. Ilyas
Back to Parker