The Hero 360 Degree pen, which seems to share the same nib, body and design as the Hero 70, is about US $3 on eBay, but its actual value is a negative number.  Although on paper it seems like a decent and perhaps interesting pen, writing with it is an exercise in self-inflicted aggravation, as every aspect of it has some deeply irritating flaw.

Barrel Diameter: 10 mm
Length: 14.5 cm capped
Nib: Maddening
Weight: I don't have access to a scale right now but similar to or lighter than 78G

At first glance it was a promising pen that had a slim solid metal body and cap, a low weight and a nice color, although the appearance is marred by the cap's somewhat unfortunate bulging forehead, it has a greater impact in person than in pictures and is especially noticeable when the clip is towards the viewer, to be frank I try not to look at it. 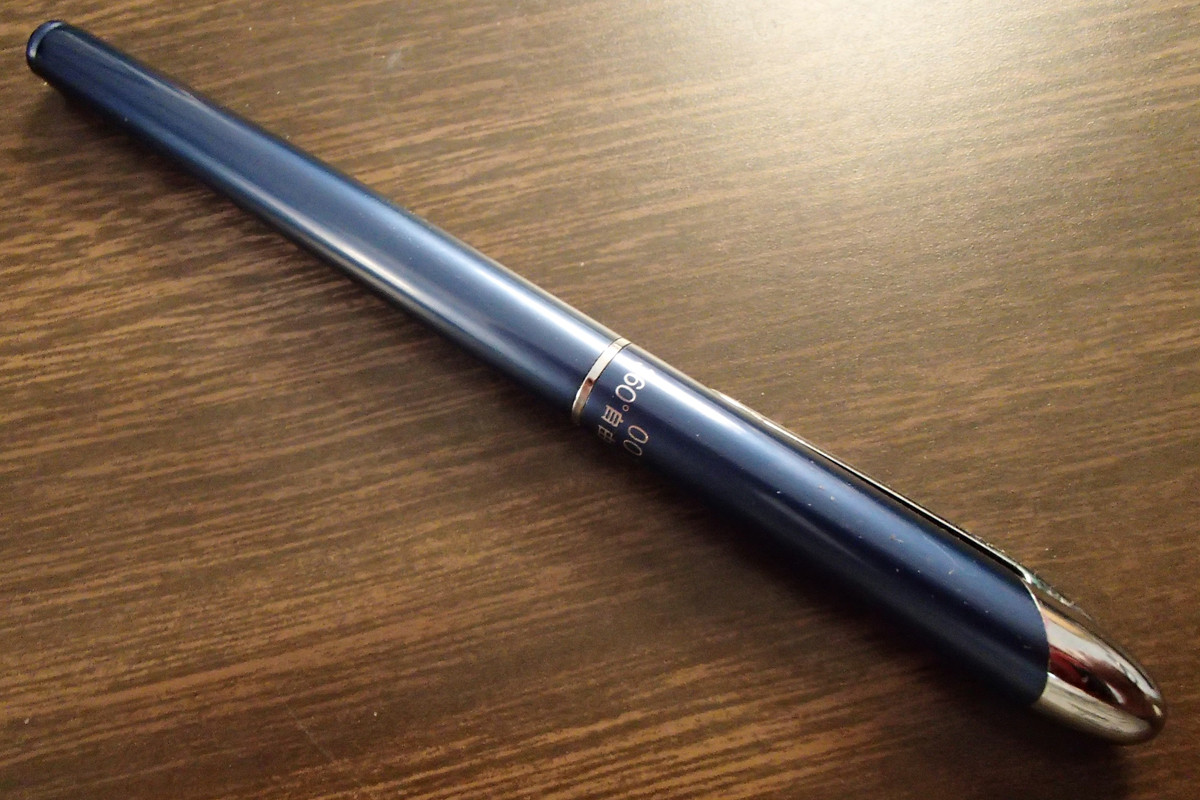 The plain metal section is not slippery and the pen is comfortable to hold, the cap posts effectively and without unbalancing the pen, the barrel holds Hero's standard aerometric filling system which does to its credit work reliably, but the barrel unscrews itself under the slightest provocation, including sitting immobile on my desk. I don't know how and am open to the idea that a malevolent influence is taking a hand somewhere, because I can't figure out any other reason for spontaneous disassembly.

It has never leaked into the cap and in many respects seems rock solid internally, but a good feed can not save this pen. 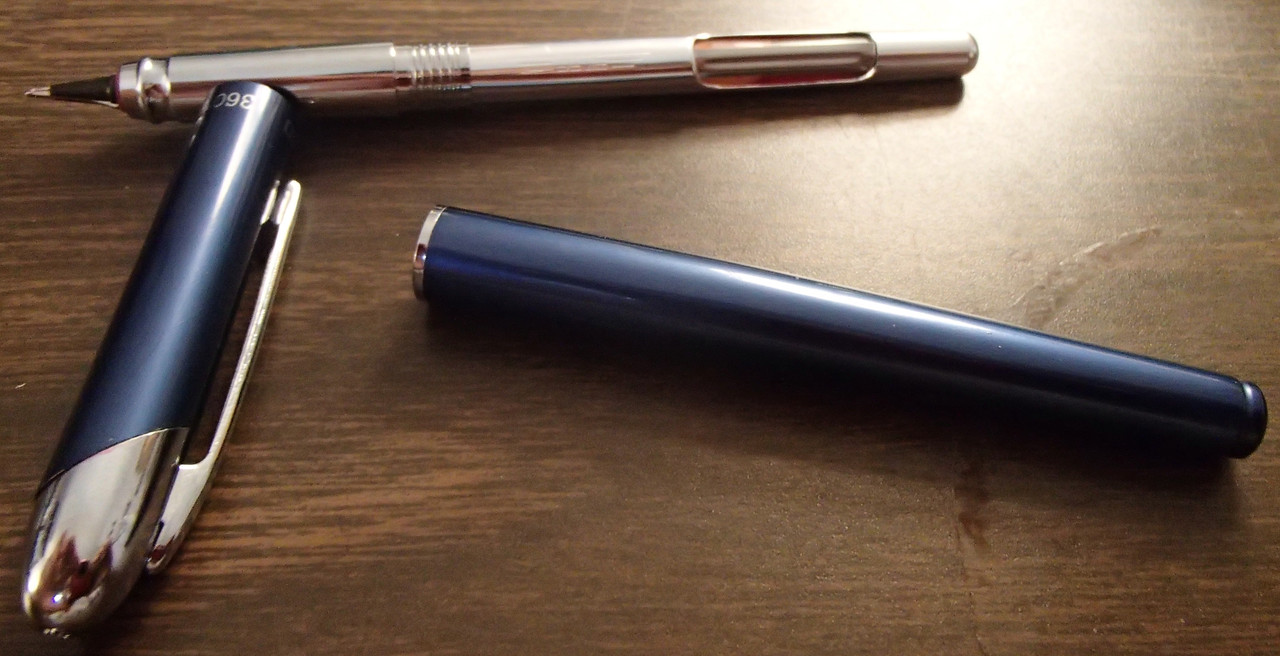 The major interesting feature of the 360 Degree is the nib design, meant to allow the pen to write from any orientation without regard to whether the nib is right side up or not, and while I give Hero's engineers for the attempt to think outside the box the end result is deceptively horrible. Instead of having 2 tines which touch on a flat edge to create a single slit and have a smooth writing surface, the 360 Degree has 2 slits that cross perpendicularly, creating 4 tines, all of which end in a sharp corner right at the tip of the nib, and several of which likely have some other problem I can not bring myself to care enough about to troubleshoot. 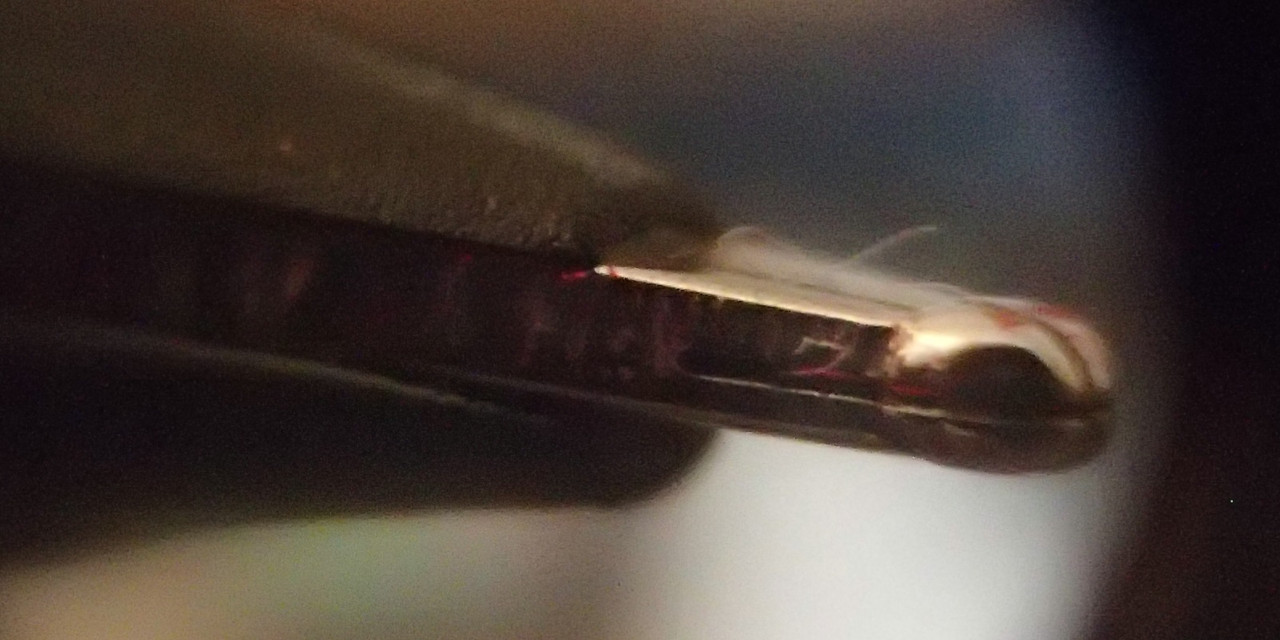 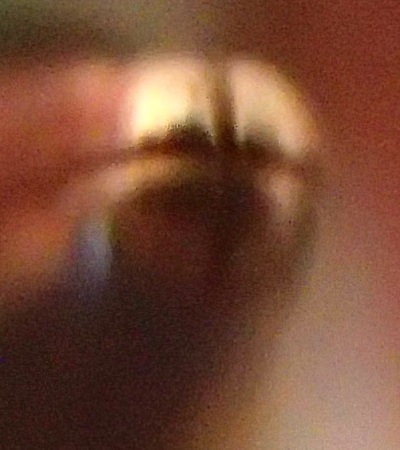 I wrote with this pen for several days during a work week, initially finding it interesting and assuming that any problems could be adjusted to or smoothed away, and not being all that invested since it was simply a cheap pen.  The longer I used it, the clearer it became that this pen was actually tremendously irritating to use, regardless of the speed I wrote at, the angle I held it at, or which of the multiple writing surfaces I attempted to use, so I put it away for several months, then smoothed it and attempted to use it again. This second round has only confirmed my initial impression that this nib is an ill-conceived notion that has been badly executed.  The arrangement of 4 tines means that inevitably a sharp edge from the central meeting point will catch on the paper somewhere, and it is impossible, or at least not possible in the amount of time I was willing to spend, to smooth these inner edges enough to make a difference. Held upright like a ballpoint the pen writes but is scratchy and noisy, held at an angle to the paper like a fountain pen the pen is quieter and smoother but skips frequently. Words can not convey how essentially grating writing with this pen is.

yeah I have an even cheaper model with this nib and it's stupid.

yeah I have an even cheaper model with this nib and it's stupid.

Yes, I genuinely like that Hero was trying to do something different but I'm pretty sure this nib design is impossible to smooth to any reasonable standard, it's a failure by design that I wish wasn't so terrible because I actually like the pen body and it felt nice in the hand.

I have one of these pens. Picked it up at a local supermarket for a dollar. I barely used it because I found it dries out very quickly.

I believe the pen is based on the Parker 180? Well, the 180 doesn't have that 4-tine nib, so maybe it's not fair to call it a derivative.


I'm pretty sure it can be done. But the tipping is not much bigger than a stock B so it may not worth the effort.

You can do the same thing with a broad nib. All it matters is the size of the tipping. The cross point is like two Zoom sized tips stacked together.

well I have one of these 360 equipped one but not this model ; mine writes well but of course its basically what it is, a fairly straight forward stiff nib , its not particularly condone to writing cursive but its very well suited for writing Chinese / Kenji day to day writing . My older model had a fairly round off end on the tip and do not exhibit the said issue, can't say for the newer ones how it compare but the old one I have had rather minima feedback, in fact I would like more if it can be, it can be at times hard to judge where and what's the nib are placed and going when writing ( when not really looking at the nib itself )

Mine never wrote because it just wouldn't fill😞

I picked up this pen, I'm not sure how I feel about it

I have no issues with the nib, partly because I'm new to fountain pens so... It being scratchy doesn't bother me because my standards aren't up there. Plus it isn't any worse than a ball point pen but I get to choose more colors for ink so... I like the pen

Only issues I got are that I can't seem to figure out how to fill it completely using the squeeze bladder. And the second issue is every time I uncap it, there is ink on the grip section. I'm not sure if it is so tightly sealed that uncapping it creates a vacuum that sucks ink out of the pen :?

edit: found online that I have to squeeze the bladder a few times to fill it, instead of once. So I got it filled now

the pen is growing on me as I use it. I know it isn't flex or have any line variations, but I don't care for that to begin with. I liked fountain pens because of the ink variety, and not the line variety so this pen is what I want for work.

Guess I shouldn't be too surprised but the pen barrel ring came off since it's a cheap Chinese pen.

I guess this is how they have different color pens but the silver ring was held on by a drop of glue.

I'll get some glue later and put it back on. If I knew how to make barrels, I could drill out a wooden stick to that diameter and get a wooden pen out of it.

Necroposting here as I am stuck in my apartment in China and have time to write.

I have one of these and the nib can be best described as a thick stamping slit like a normal nib one way then slit at 90 degrees to the original slit, albeit half-heartedly. The result is a pen that has a major and minor slit.  The minor slit does not extend all the down to the feed, so the feed is providing ink to two slits and it doesn't seem designed for that demand. I think it is a rough writer because the extra slit is starved for ink. In one orientation is is a smooth writer, but turn it in 90 degree intervals and you get varying amounts of scratchiness which correlate with which slit is touching the paper. I wish they had the original four tine design, but this pen is sold as a cheap student pen alongside Clones of Parker 51's and Lamy Safaris. I don't think you are getting four tines on a 25 RMB pen.

I don't mind using it, but i don't know if I really consider it a fountain pen as the nib is so thick it has absolutely no movement or give at all. A bit like a ballpoint without the ball. It ends up being jarring to use except for one orientation.

Huh. Guess I won't be getting one of these.

Well, here's bad news about my pen, one of the tines broke off

As mentioned by other poster, one side of the pen is smooth and the other is scratchy. I guess it scratched too much and got caught in the paper because it bent itself 90 degrees. I pushed it back and it wrote for a time. The 2nd time it happened the metal must have weakened because the tine just broke off.

I liked the pen but I won't be getting another one due to low quality and I don't mind paying more for better pens. I did actually like that stiff as a nail feel.

Also tagged with one or more of these keywords: hero