44 replies to this topic

This thread has been of interest to me since I had purchased a "lot" of inks this summer & among them were two bottles of Rubinato ink, one with the cork top & the other in one of the more traditional Rubinato short round, with 8 sided bottle & a brass lid.  Both bottles carried the G. Gnocchi reproduced labels; the larger one similar to the ink shown in the first post here.

After searching the forums, per BiggieD's suggestion, I found a post from 05 September 2009 by FPN Member, Nodge offering two bottles of the same Rubinato ink I have, "Inchiostro ANTRACENE," which identical to the label on my bottle, (probably the 75 ml, not the smallest bottle) whose similarity to the bottle discussed in this thread, caught my eye.

(I also found BiggieD's post from 04 November 2011 in "Gifted inks," when he mentions his lamented bottle discarded in the move.)   I can only say that there are probably bottles of the brown ink out there, somewhere, mine were from an Ebay listing in which the owners were "moving house" & selling all manner of things.  I bought 30 bottles of ink to acquire three of the bottles sold, of which I have only used one for pens & the other two for display,( the Rubinato bottle with the brass lid is marked "Calligrafico,"so clearly not intended for a "filled" pen.)

Giovanni Gnochi ink was a fountain pen ink made or marketed by F Rubinatto from the mid 90s. The bottles were stylized to look like they were old. I had the 250ml cork sealed bottle with brown ink - it was fine and the cork/wax cap never caused me any problems. I had the bottle for over 10 years and used it with multiple high value fountain pens with no issues.

I threw the bottle out in 2006 while moving and have regretted it ever since. Where did you find these? I had all but given up hope of finding a replacement for the one I threw out.

If you search the forum for gnocchi youll see my original post from Feb 2018.


I aqcuired these through a local marketplace sell from a couple that used to have a shop.
I hope you manage to find a bottle of brown! If I ever stumble across one, I'll be sure to notify you 🙂

Thank you for the additional information.

Not necessarily. I have a whole bunch which don't change color until YEARS have gone by or until I tried to do chemical washes.  It is still a wonderful find.  Thank you for sharing and for clarifying.

I prostrate myself before your knowledge and the holy image: 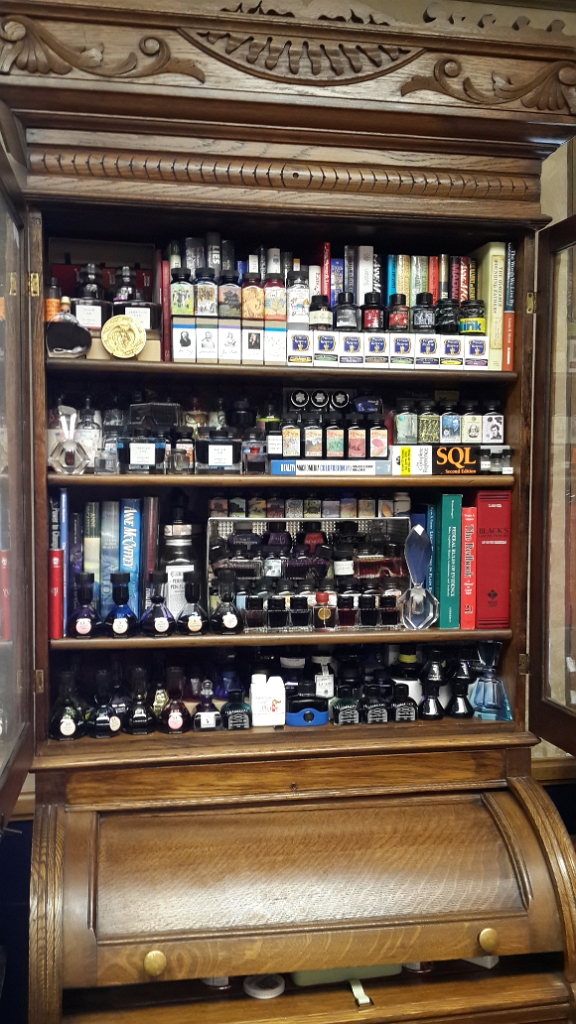 (that I've found randomly skimming through the forum)

LOL it's much worse now.

LOL it's much worse now.

you should update that pic every quarter!