For a moment there, orange was my color of choice. I think I was coming off a sepia phase, but don't rightly recall. I got myself some Diamine Autumn Oak and took a flyer on J. Herbin Orange Indian. The Autumn Oak was a great success but I could never get the J. Herbin to work for me. None of the pens I tried would make a go of it. It was my first out-and-out ink failure.

So when I unboxed the PenBBS 350, I did two things. First, I swapped out the fountain pen nib for the rollerball. Then I filled the pen with Orange Indien.

I was being a little perverse. Like many, I write with a fountain pen unless I can't help it. You know the type. (You may be one yourself.) But I was impressed by the moxie PenBBS was showing by including a rollerball with the pen. They were thinking outside the box.

To reward the daring, I gave the pen the hardest ink I have. To my surprise, it worked. 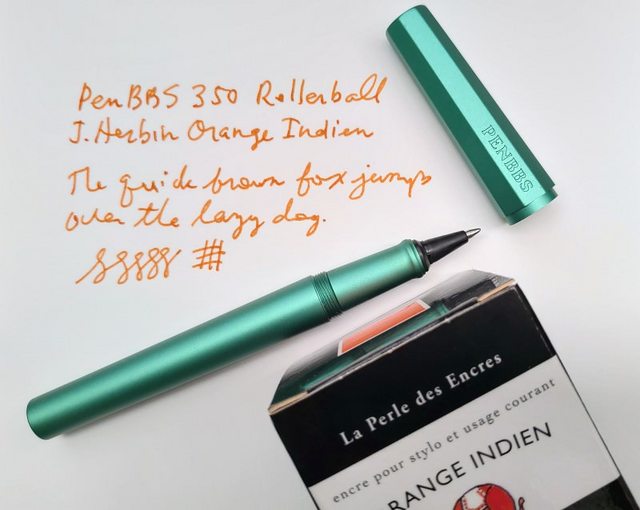 Truth be told, I think the J. Herbin ink has darkened over time.
Looking at some old notebooks, it looks a bit brighter.

Conceptually, the PenBBS 350 combo hits it out of the park. I love the idea of including a rollerball in the mix. It fits the style of the pen and it writes very well. The line is satisfyingly bold and the rollerball is smooth, agile and consistent.

In its fountain pen configuration, the PenBBS 350 rocks: 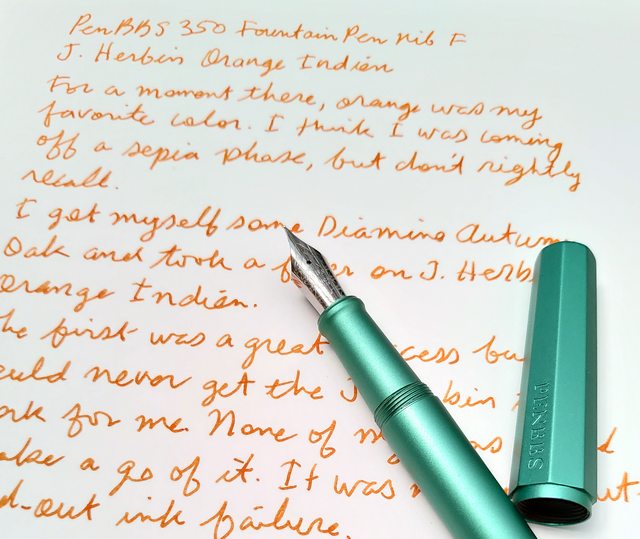 Given the aluminum construction and minimalist, industrial design, I put the PenBBS 350 in the workhorse camp. It's durable and functional and could easily serve as a beater pen for everyday use. It works as a full-sized pocket pen. 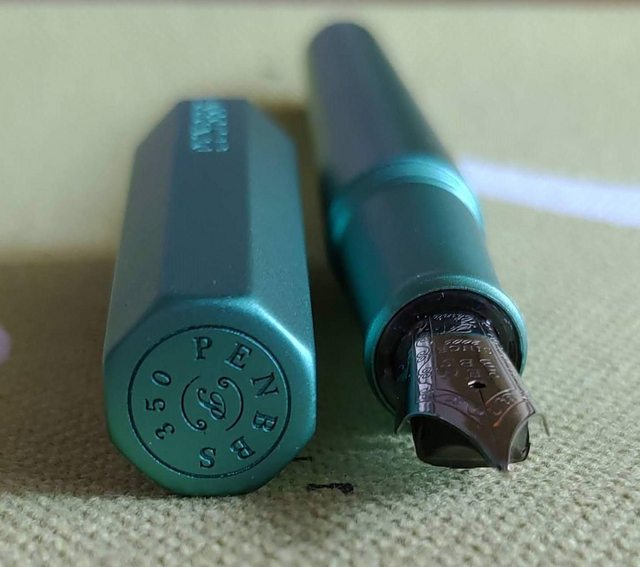 I like the style of the pen. It feels modern. I'm becoming a bigger fan of the PenBBS brand. It could easily be the best Chinese pen brand today.

Check out my assembled FP reviews.

I was also impressed about the idea of fitting a rollerball pen and a fountain pen in the same body.

And I like the peculiar mint-turquoise color of this model.

Interested in the copper and black one, too bad it is priced near the 309 instead of the 308

There's a bit of a frenzy on their official Etsy and eBay.com shops for the red and blue ones which were launched today.  And a second black colour that's somehow different from the first.  (Shadow vs Obsidian)

I can see why, the blue and red is appealing and I feel it is "that" shade of red and blue that most people love.

The shadow with two tone nib are gorgeous also, but you know what would seal the deal for me? Obsidian / shadow with a black nib, go full stealth

I tried a PenBBS 308, but it crunched the nib when I capped the pen.

Haven't tried, but it sure looks like there's enough room in the cap. The plastic cap liner doesn't look like it would pose any problems. 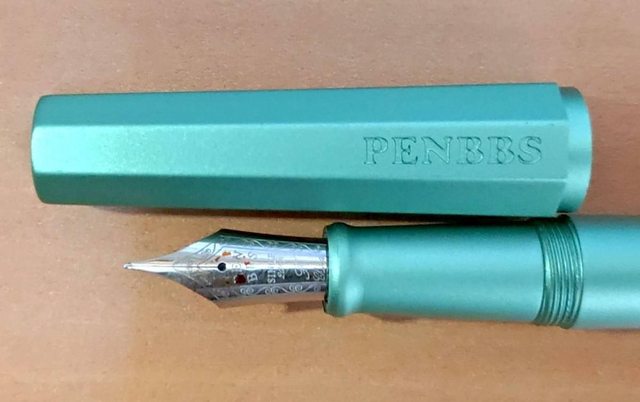 Check out my assembled FP reviews.

Also tagged with one or more of these keywords: rollerball, j.herbin orange indien, chinese pens, penbbs, no. 6 nib, aluminum pens