I am humbly requesting your aid in identifying the brand of this safety pen that resembles a vintage MB simplo. By the way, might anyone know what the white inlay is made out of?

The logo is from the early Osmia period before they had legal problems with Mont Blanc just because of this particular logo...

It would be great if we could see the whole pen...

The inlaid star is made of casein

Please feel free to share more photos of this safety pen. It appears to be in great condition.

Not my pen, nor picture, used to show the Osmia Diamond of later than that 1922 and later mark shown.

I have a 540, that is similar. But never get around to making pictures.

Just saw a BCHR 76 with a gold ring around the Diamond...had a gold Supra nib, mine has a white circle, and a steel nib....that had nothing to do with it. In I have other gold nibbed Osmia's with a white circle around the diamond.

The gold and the steel or gold plated nibs are equally grand. 1932, Osmia broke again, gave up their nib factory to Degussa which continued making Osmia nibs.

So don't be a gold snob with Osmia,  you can get the same great nib a tad cheaper in steel.

Small diamond with a number in it is a semi-flex nib.....a nib with a big diamond and Supra or a nib with out the big Diamond, but with Supra on it is a maxi-semi-flex nib. 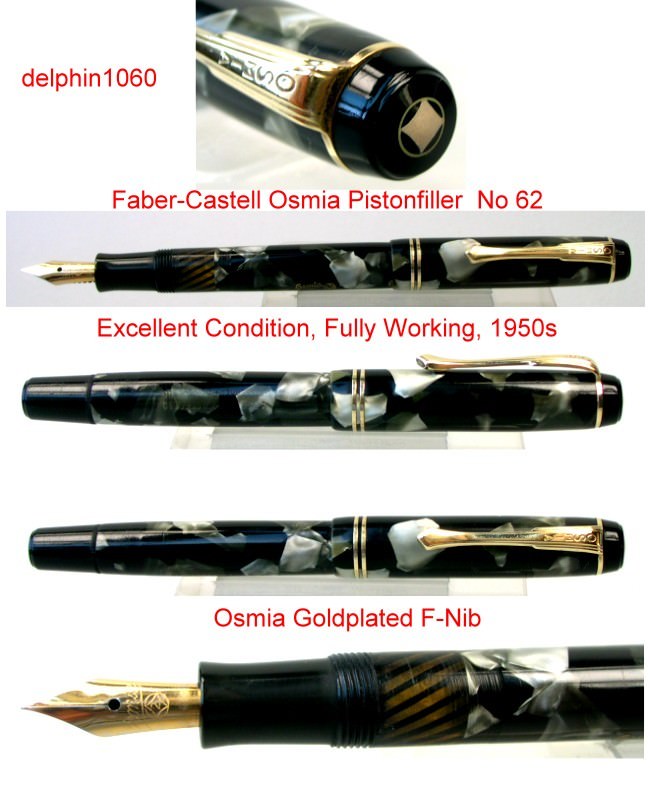 Also tagged with one or more of these keywords: safety pen, id, european