123 replies to this topic

finding another way to re-use my Hero 3022 pen portion, now mated to the Delike New Moon 3 Barrel & Cap, made for a pen 38g ( 23.8 uncapped, and un inked ) at 112mm un capped, its just long enough for me to use it uncapped with my Asian size S hand. The pen aesthetic is pretty mice too when uncapped with 48mm length to the section making it rather interesting proportioned ( roughly 55% is barrel and 45% section in length ) and most of all as a hooded nib that section can be fairly used lengthvise , a nice pocket pen it made , not for those with large hand though 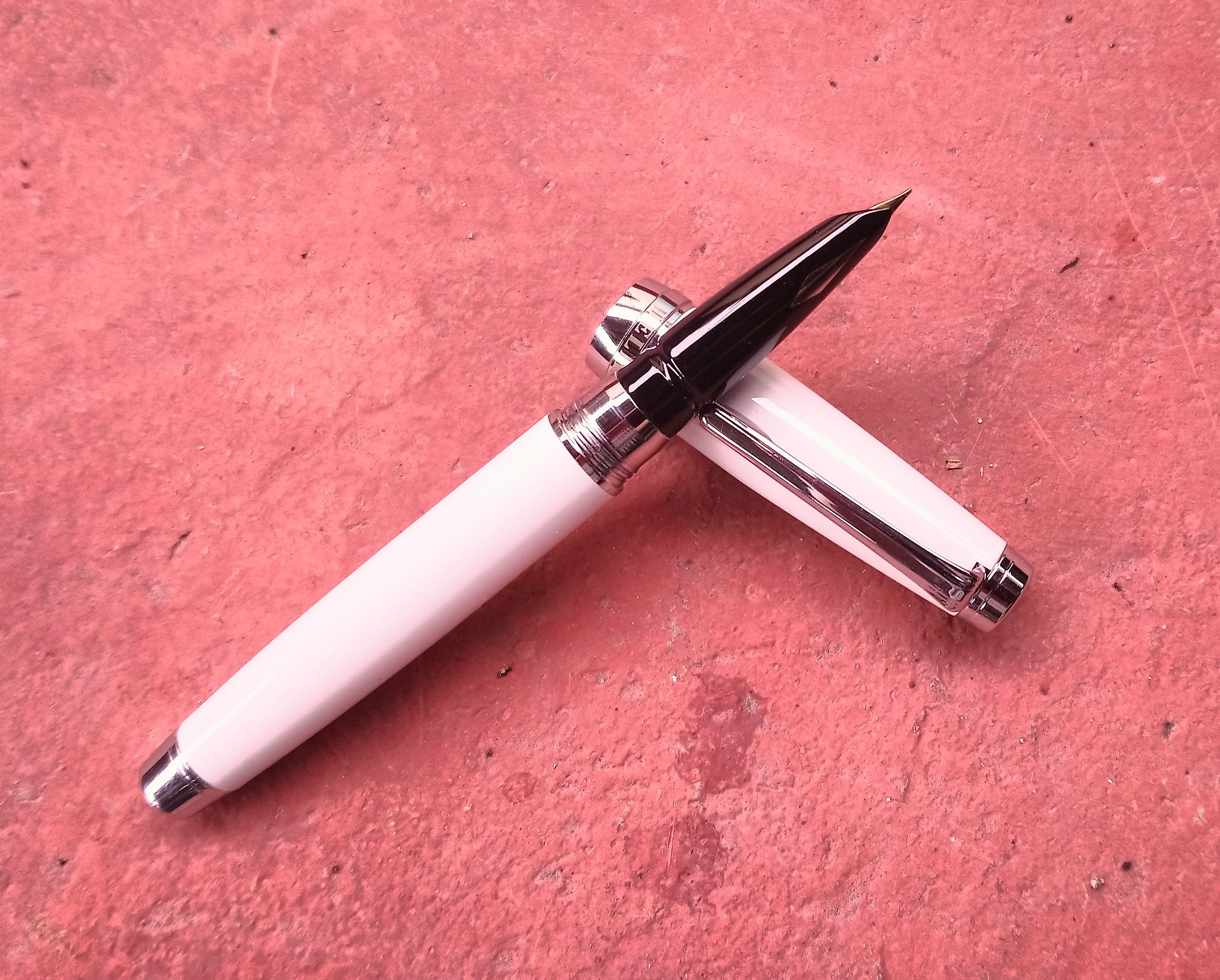 I wonder if this should be here, but now the pen is more Chinese than Japanese, so here goes: 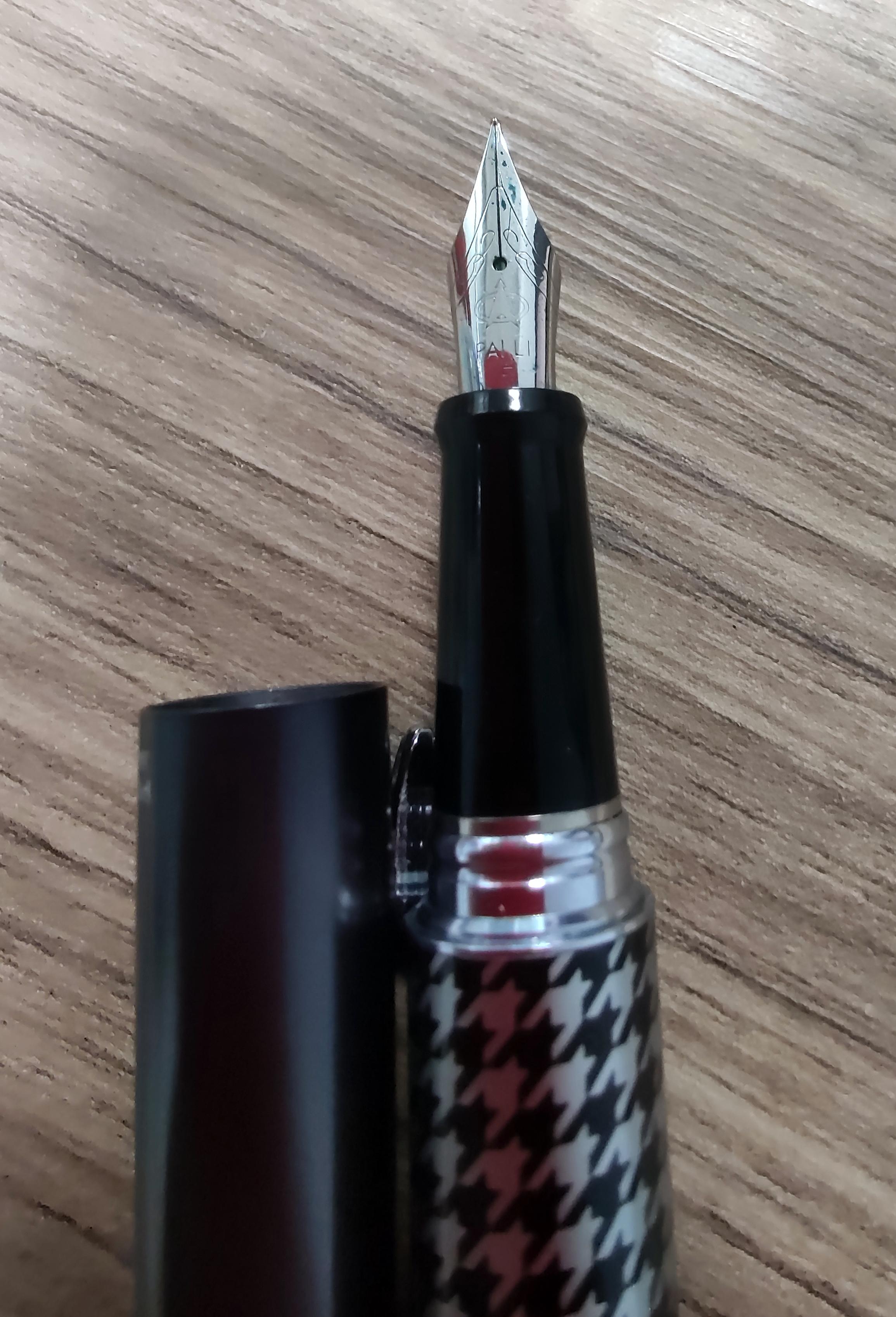 I've been using my Pilot Metropolitan (actually MR, the European version) for a while. Recently, I realized it started to leak ink to my finger while writing. After a little bit inspection. I realized the section was cracked. I re-purposed the Pilot nib to my other Chinese pens as a mean to upgrade back then. Then either from here or FPN, I read that Pilot 78g and Pilot metro sections are interchangable. However, nowadays the 78g (and even the Chinese genuine ones) are more expensive than the Pilot Metropolitan itself.

Then I got an idea:

I decided to get Wing Sung 3001 (cheapest 78g clone that I could find, $1.5ish for a pen). I replaced, but it was not good in the first place (yup, I have another Pilot MR, too). I also didn't like the golden color.

I used metal polish to convert that colden collar's color to silver, and it sort of worked. Also, trying harder the screws made it fit into the pen properly.

One thing remained for me to fix. The nib. EF was too fine for my taste.

I merged them all, and here's the result. For only $1.5, I quite like the outcome.

For a bit of spicing up the solid colour,I had my Delike New Moon ( original version ) Coral Blue pen part swapped for the Midnight Blue version , you can do that to the NM-2 also ( same colour options ) 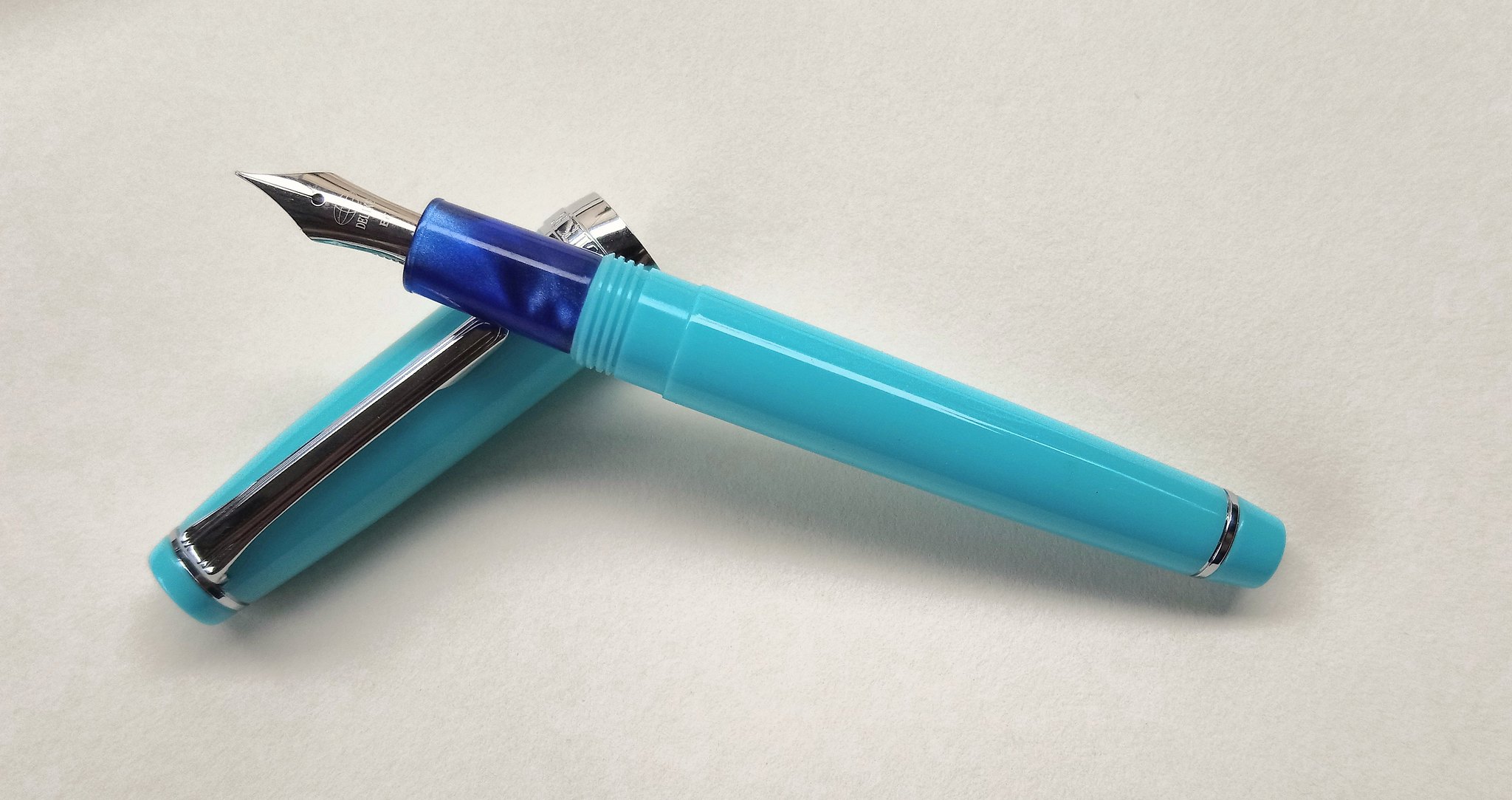 The Hero 2065 has an interesting converter with a tiny spring to break surface tension. I like that.

You can see what I actually did do. Fitted the Hero nib into the Jinhao pen.

There's another Jinhao 500 on the way & there's a Oliver made Indian Fine tipped nib for that......

Also tagged with one or more of these keywords: diy, hack, mix and match