rather than the usual Silver trim. The pen is in extra fine condition with no brassing and excellent transparency... 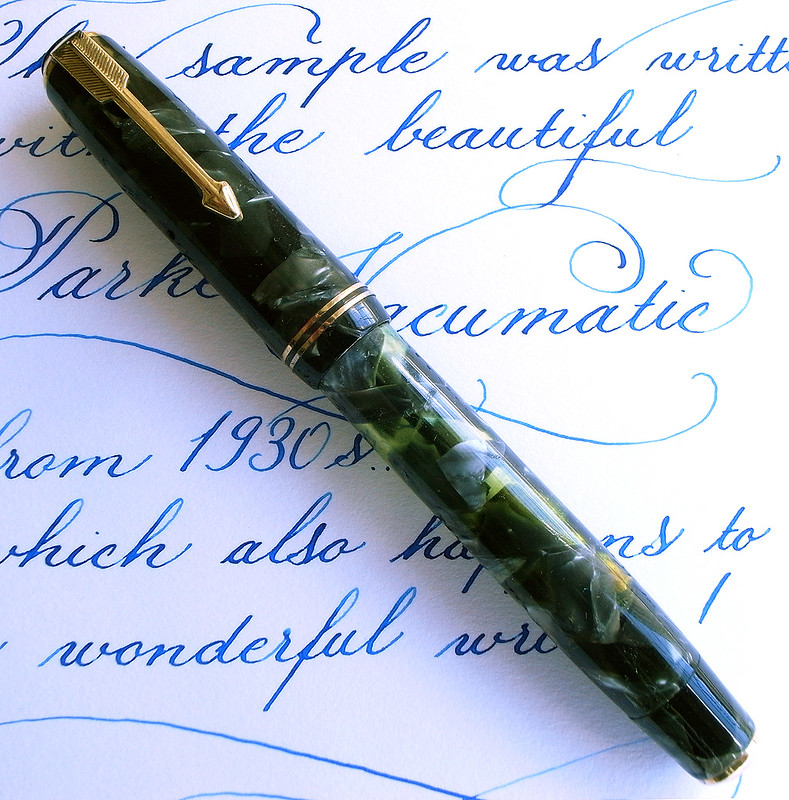 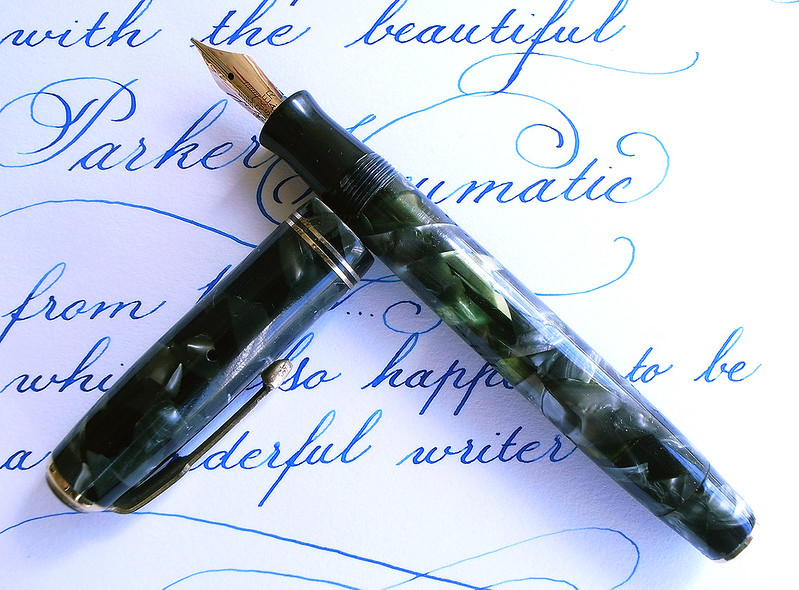 This reverse trim Vacumatics are pretty rare but this one seems a bit odd. This is because the imprint seems to date

the pen to the first quarter of 1940 – as 0 and the three dots indicate. But as far as I know the 1st generation Junior

sense as Parker introduced the dot dating system only in the second quarter of 1938.

Perhaps the 0 is a squashed 8. But this would mean that it still predates the introduction of the dot dating system

concerned with Parker’s Date Coding Systems “the earliest pens with three dots should be from 1939. However, some

pens made before the changeover exist with both dots and two-digit dates. Some of these pens have patterns of dots

that match the first (quarter) digit, while others have patterns that do not match.”

Unfortunately, the nib this pen came to me with is a Parker replacement nib (as I believe the R and the hole in the

base of the nib indicate) from the third quarter of 1946.

Still an excellent nib as you can see bellow… 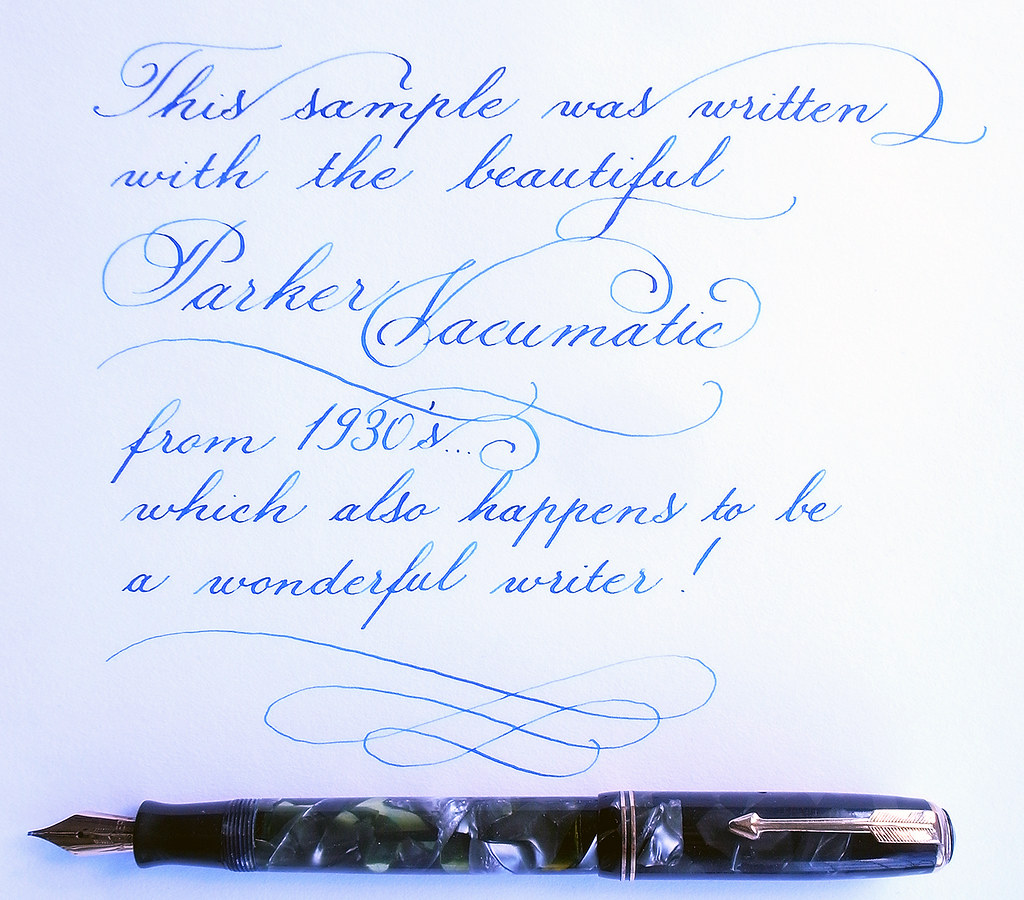 I would be very interested in hearing your opinions!

Is it a lockdown filler or a speedline filler pen?

Oh, I forgot to mention this. It is a lockdown filler. 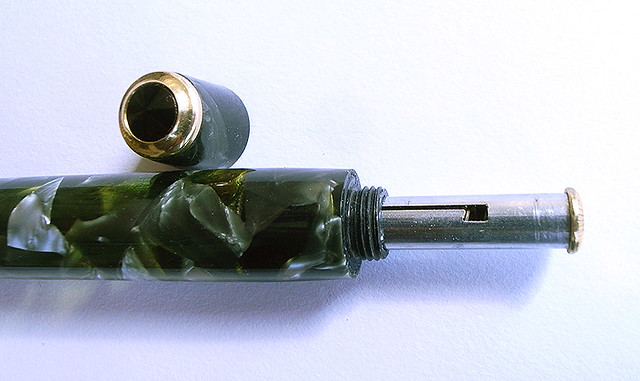 My inclination is towards a 1936 Junior

Is it a lockdown filler or a speedline filler pen?

Just in case it is useful to learn to look vacs:

- In the topic title "was written" lockdown reading "1st" generation.

- In the photo "was written" lockdown too simply looking the short blind cap.

Dinner is prepared here, next day I´ll write about other aspects of this pen.

Hi, could we see a code date photo with more contrast?

This two pictures are the best I and my camera can do. I would say that these pictures show that the 0 is really a 0... or perhaps C... 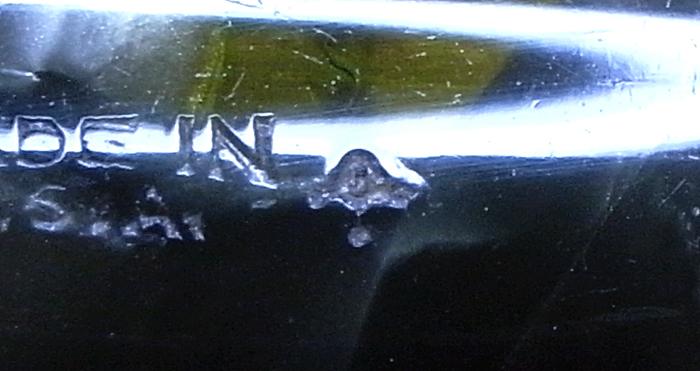 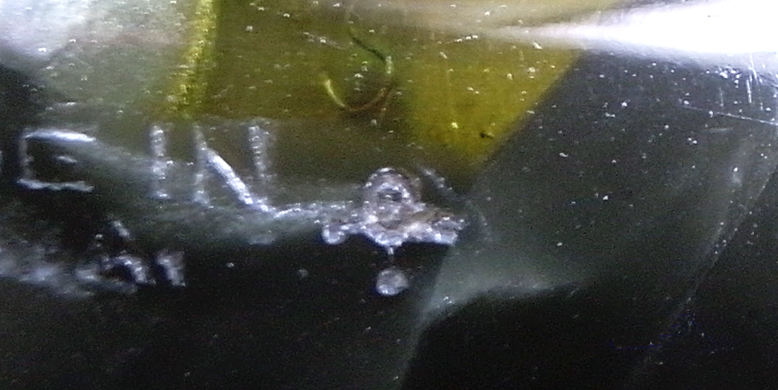 Although certainly could have other possibilities, I would eliminate 1936 for the following differences:

On the other hand, I would eliminate 1938 because considering that 2 digits and maximum 2 dots system penetrates into second quarter of 1938,the first quarter (3 dots as pen´s topic) of a year with this system, 1 digit and maximum 3 dots, would next year i.e., 1939 first quarter.

So that although we have this color uncatalogued since 2 years ago I wouldn´t rule this barrel comes from 1940; if so this pen would have a curious story to tell.

Footnote. Entered the '40 we turns see newly some USA imprints not centered but that is irrelevant now and here.

It could very well be a 0, denoting 1940.  There are plenty of known examples of lockdown pens with 1940 date codes.  I have a few myself.  Don't really know why they exist, but they do.

The bottom pen in this picture is a lockdown Oversize pen. 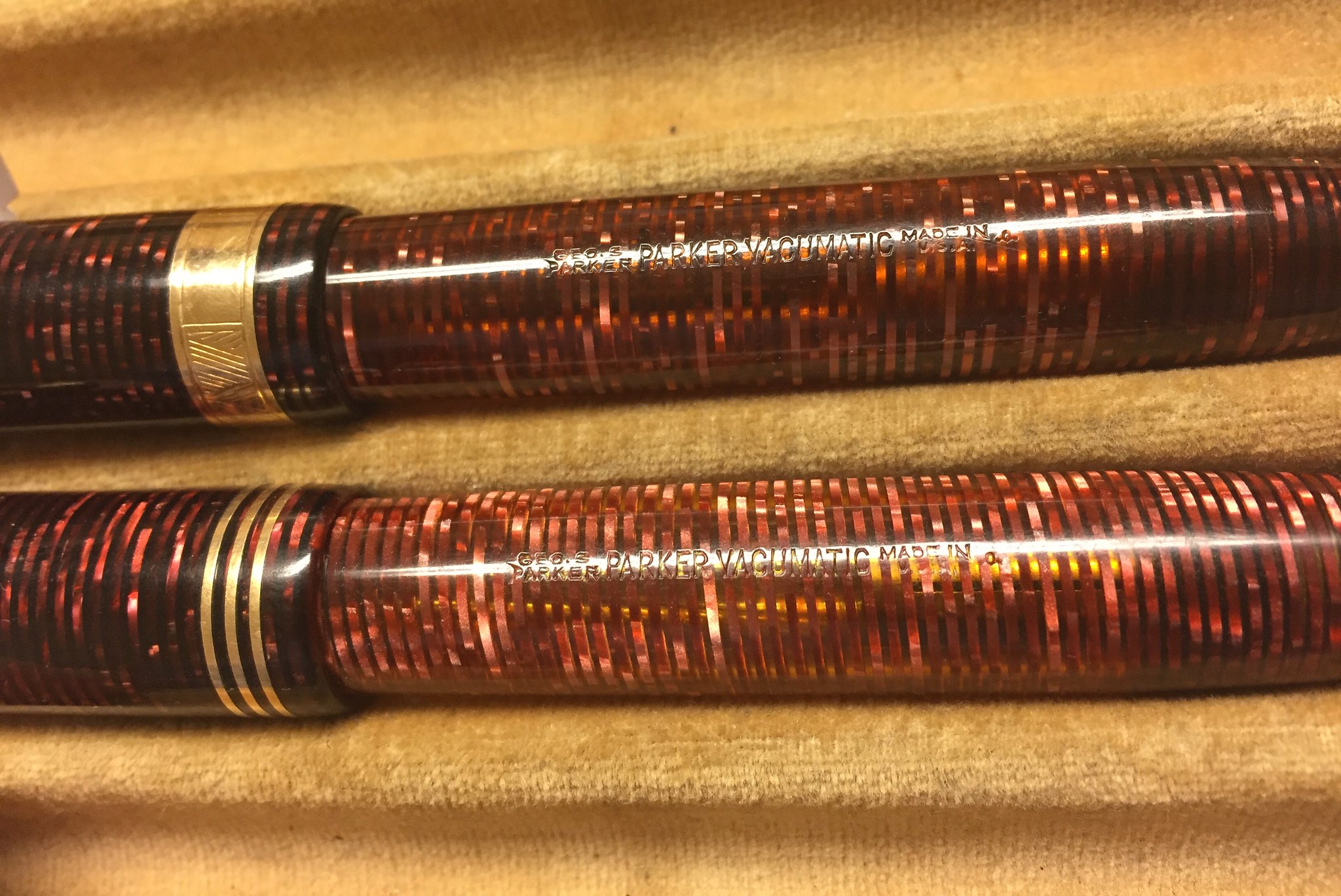 Also tagged with one or more of these keywords: vacumatic, junior, date, reverse trim, 1st generation