My daughter came home to Manila from the US for a visit on New Year's Day, and brought some goodies for her dad, including a small bunch of writing instruments—four fountain pens, a pencil, and a rollerball--that had been accumulating for me in her California address: 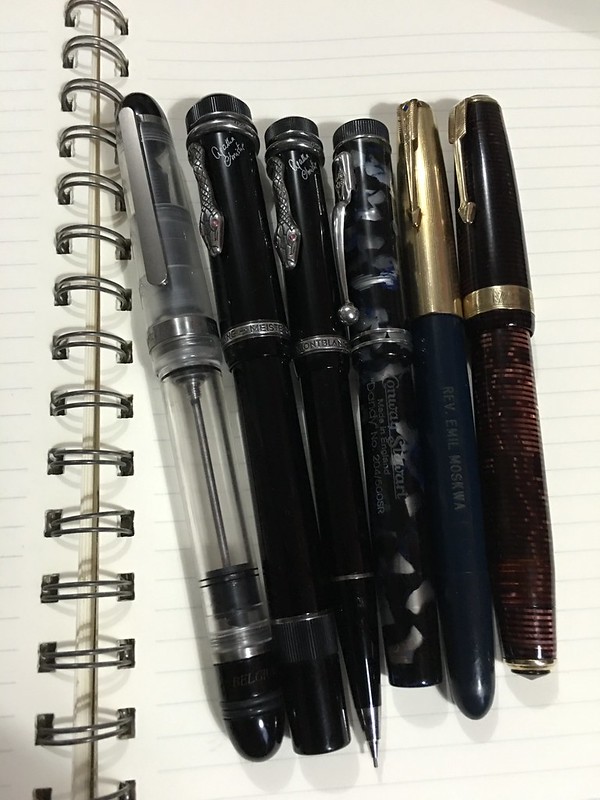 From left to right, they are a Conid Bulkfiller Streamline, an MB Agatha Christie pen and pencil set with box, a Conway Stewart Dandy rollerball, a Parker 51 Vacumatic, and a Parker Vacumatic “Overmax” (I use quotation marks because it turned out to be a franken-Vac, albeit a well-made one).

Aside from the Agatha set (the pen is near-mint and the M nib is nicely springy), the jewel of the bunch is the Conid, which impressed me with its size, heft, machining, and the smoothness of its rhodinated 18K nib. Some more pics of the new arrivals: 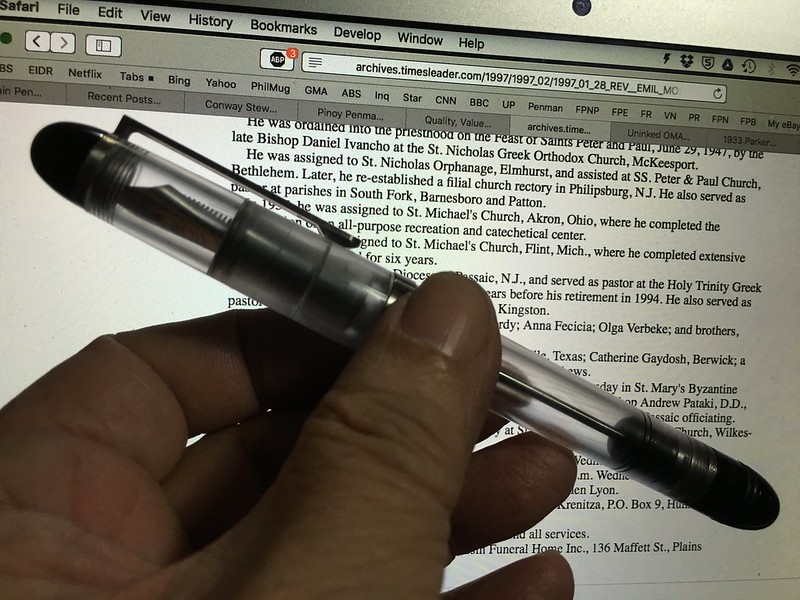 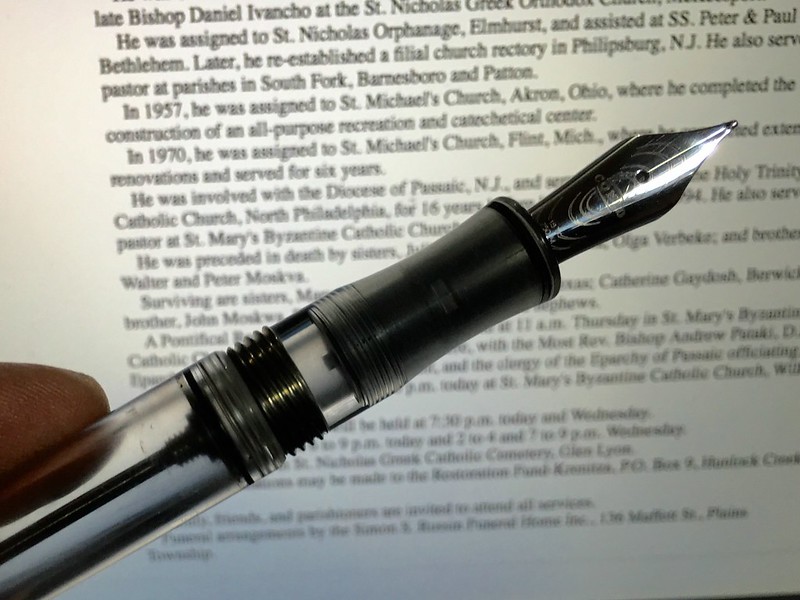 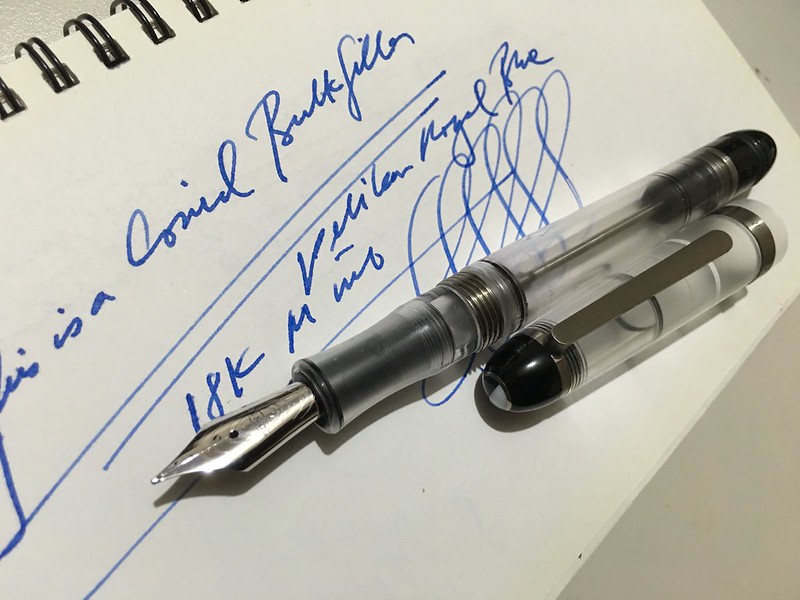 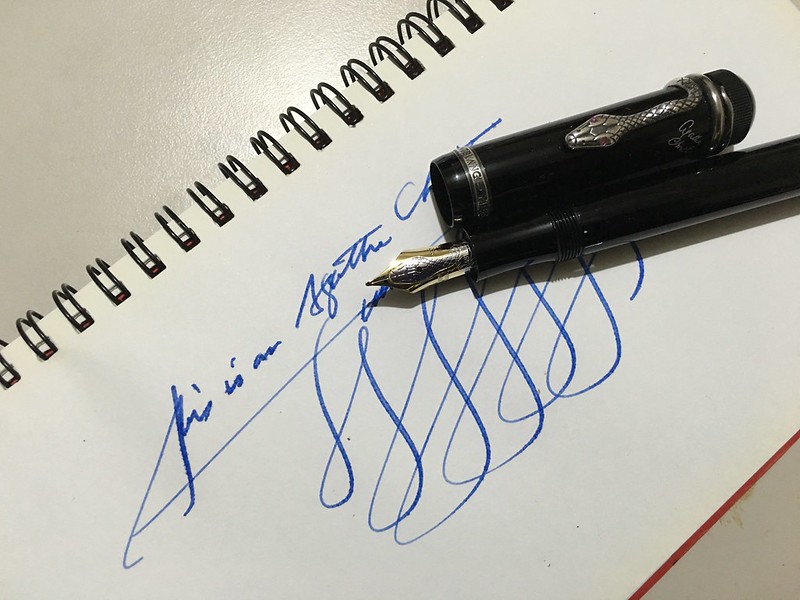 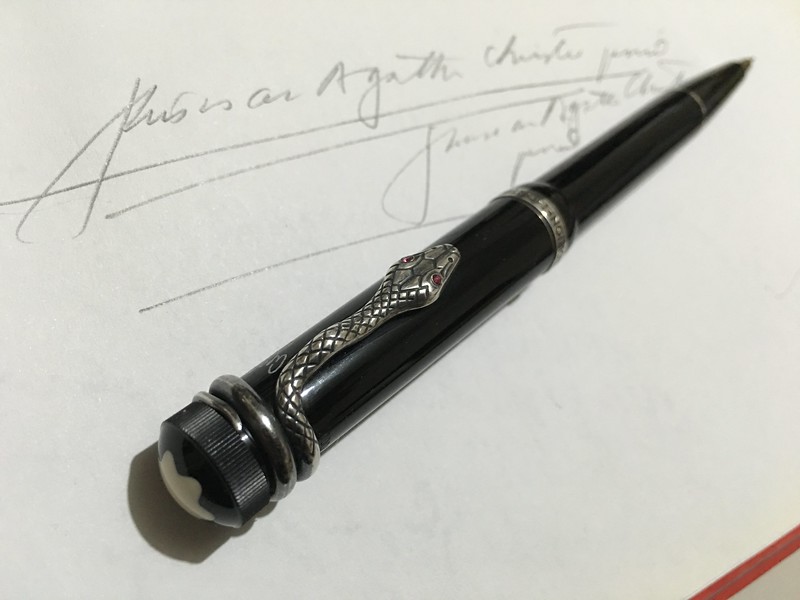 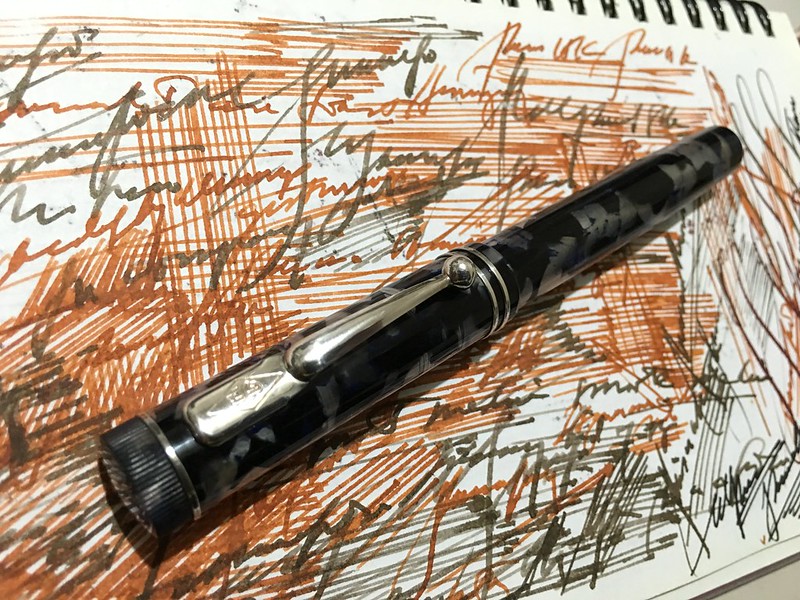 The big question was what I would fill up the Conid with, and after much thought I finally decided on Pelikan Royal Blue—a vivid but stable ink. I plan on using the Conid as an EDC alongside my other, stub-nibbed Agatha, the Conid for notes and the Agatha for signatures.

They look happy to me

Also tagged with one or more of these keywords: conid, agatha