Suwayama Leaf Green is one of my least favourite Kobe inks. I used to have a bottle but I sold it. Actually I bought it by mistake. Anyway my cold feelings toward this ink didn't change. I find it boring and flat. It's also drier and less lubricated than most of the line. 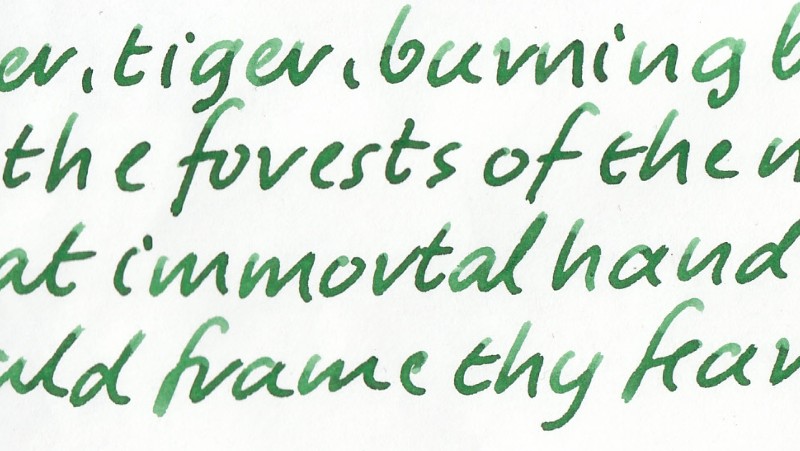