I have recently posted a review of the Kaweco AC Sport Red LE pen in the pen reviews forum. Here.

I am adding a separate review of the Kaweco Ruby Red ink that I used in that pen when I tested it. I used a cartridge, and the Kaweco AC Sport Red LE pen has a F black, steel nib. I also used a 1.1mm steel nib in the same pen as a comparison. It looks much more saturated with the 1.1mm nib.
This is an excellent red ink. It leans towards the red/pink end of the scale, which I much prefer, rather than those that lean towards the red/orange end of the scale. In fact some might suggest that Orchid Rose was a more apt description of it's colour than Ruby Red. I think it could even be described as a dark pink or cerise. It is a really well behaved ink and I can highly recommend it as a top quality ink.
I should mention here that you might still find some older bottles of Kaweco Ruby Red ink, maybe even some that are sold as Orchid Rose. The inks are a very similar colour. However, you can tell if you have one of the newest bottles because the name of the ink is now printed on the box. It's also on the cartridge packs. Ruby Red cartridges come in a darker red pack than the older ink, and they now have Kaweco branding on each cartridge.
This ink isn't waterproof, and it doesn't stain fingers.
Kaweco ink is made in Germany. It is available in 30ml bottles or packs containing 6 standard international sized cartridges. Let's refresh this a little, since Kaweco Ruby Red is very cool looking red with some pink/magenta undertones. I completely agree with Chrissy that with wet nibs this inks looks very nice and saturated. With dryer, finer nibs the pink undertones are more obvious. These pink undertones play important role here, since Kaweco Ruby Red does some pretty shading, where colour gradually transforms from deep red to red-pink, which actually I quite like. Maybe this is not a 'screamy red' but rather more toned down, setlle red, however still quite distinct. It feels a bit watery but it flows well, and writing experience is pleasant.

For my full review, please check my blog.

For the meta-review of all Kaweco ink line, please visit our collaborative 'meta-review' at the United Inkdom. 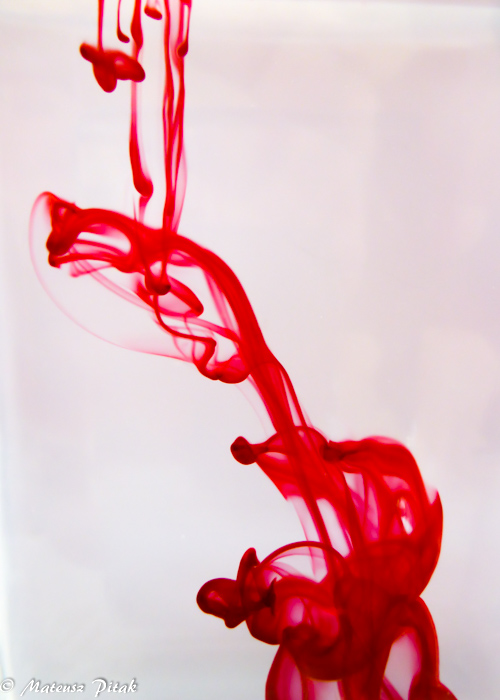 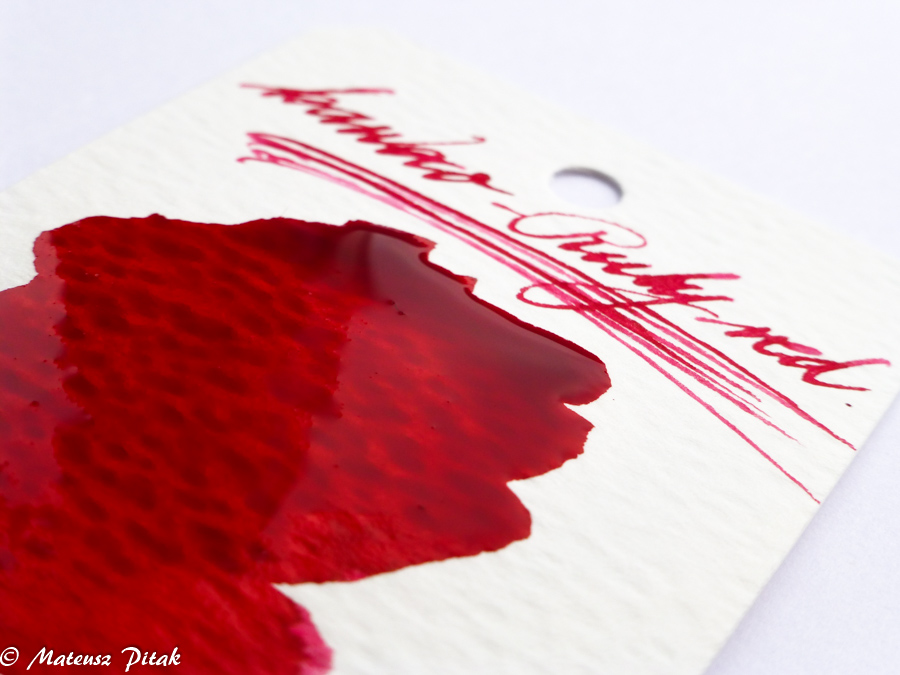 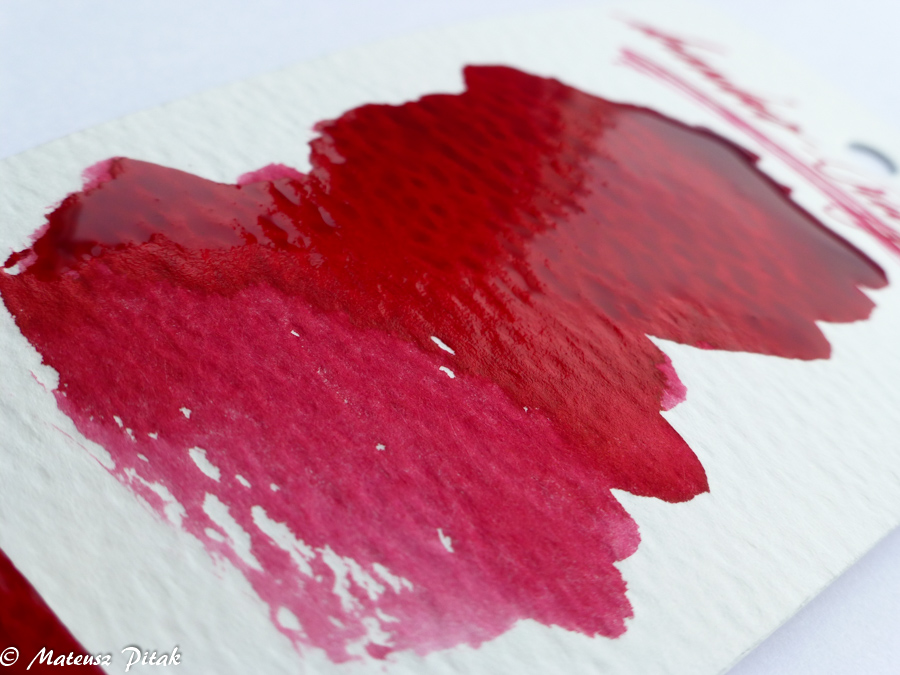 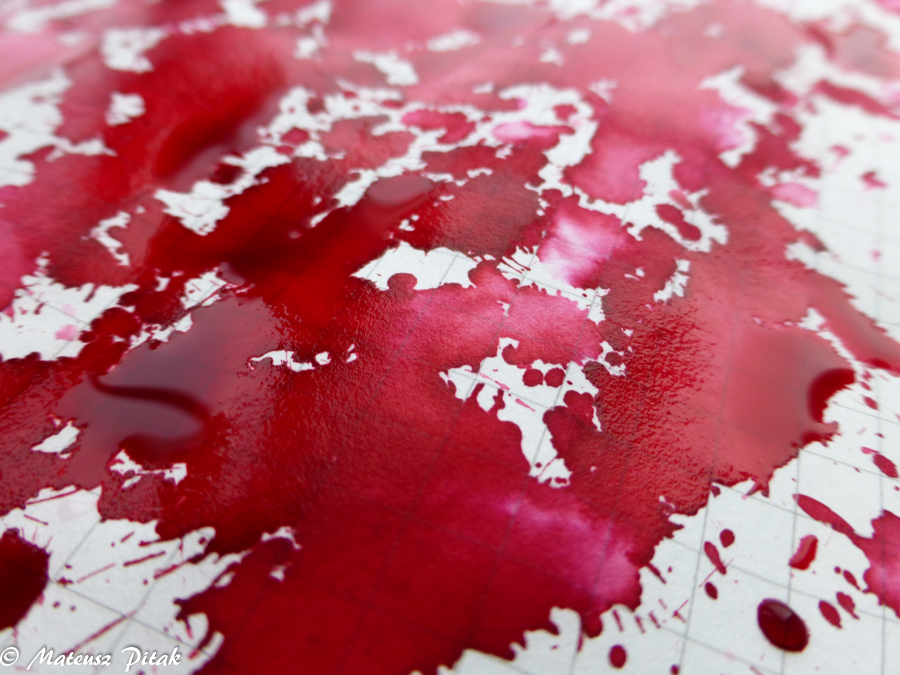 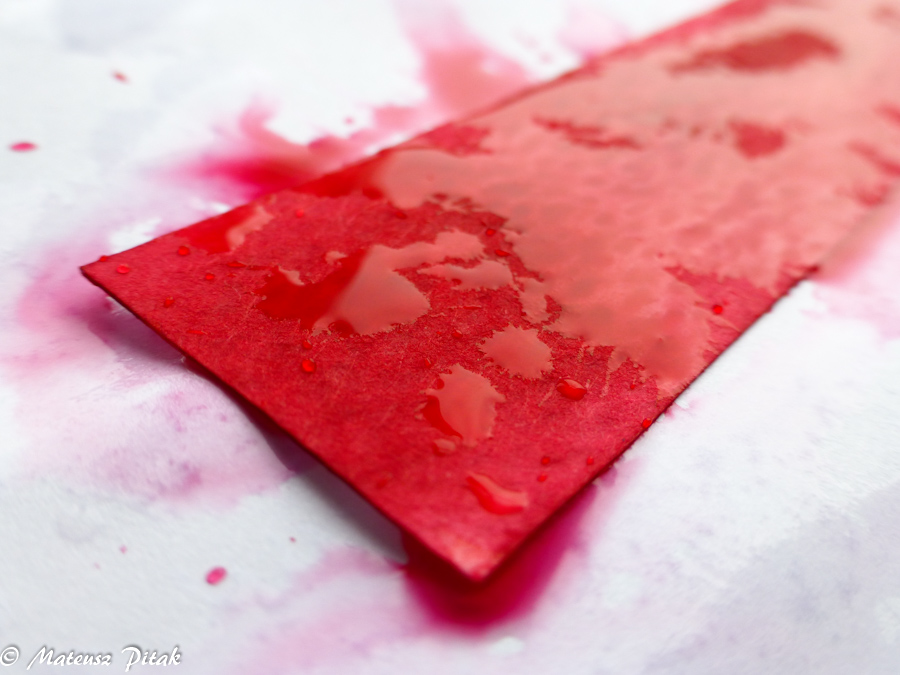 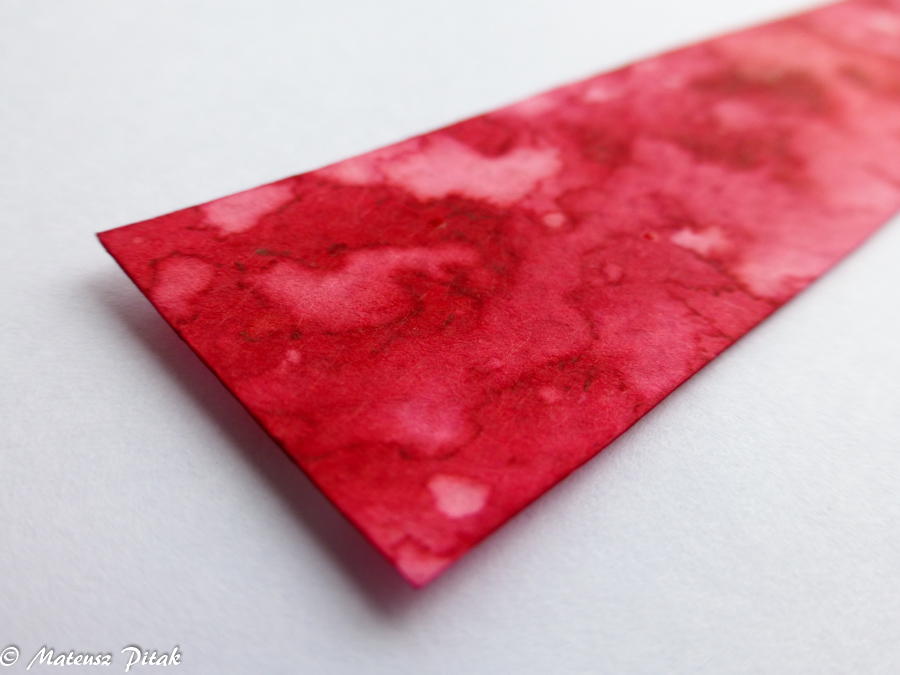 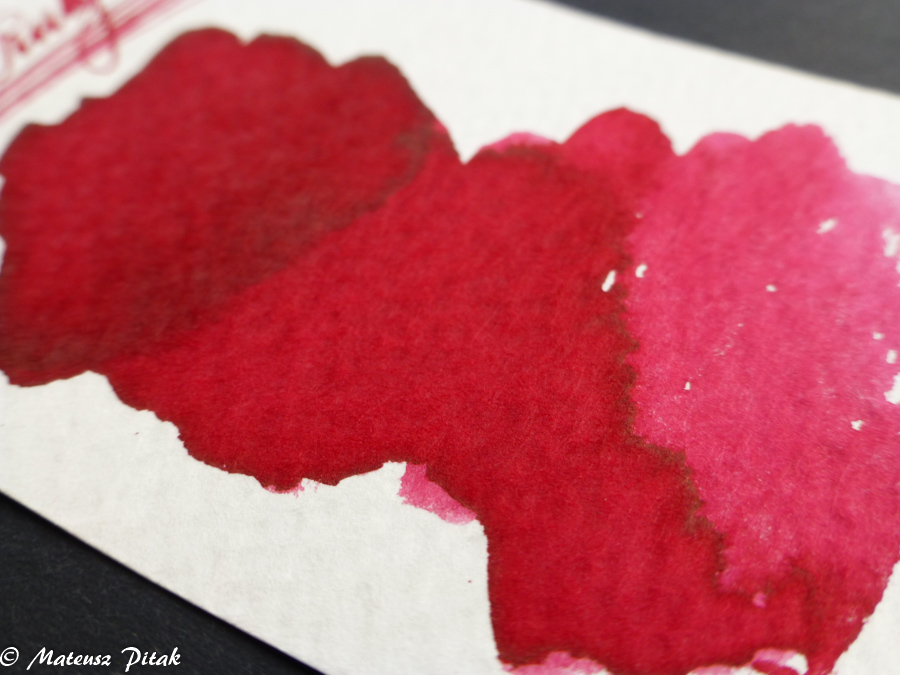 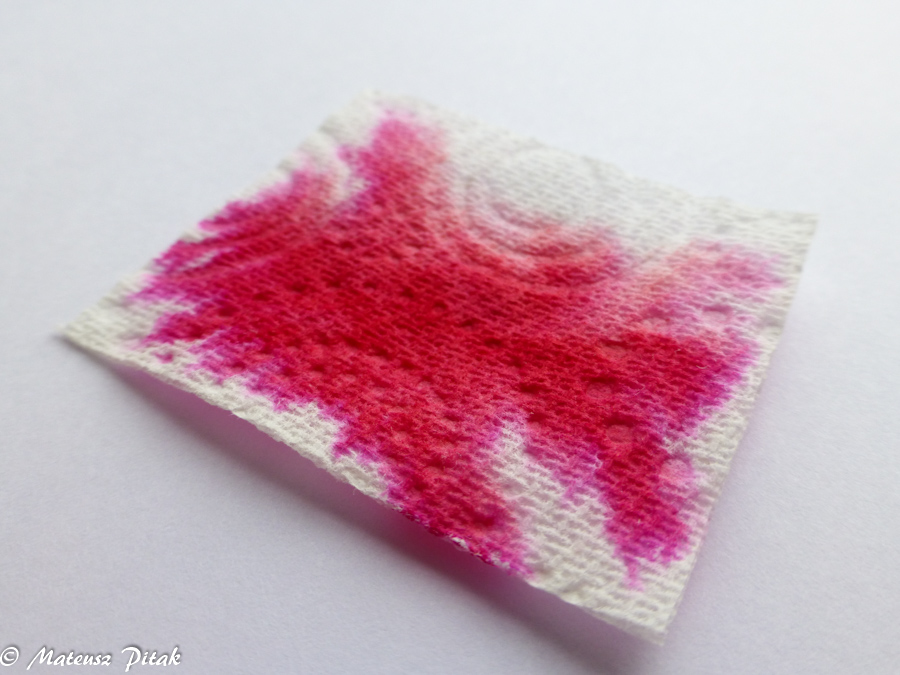 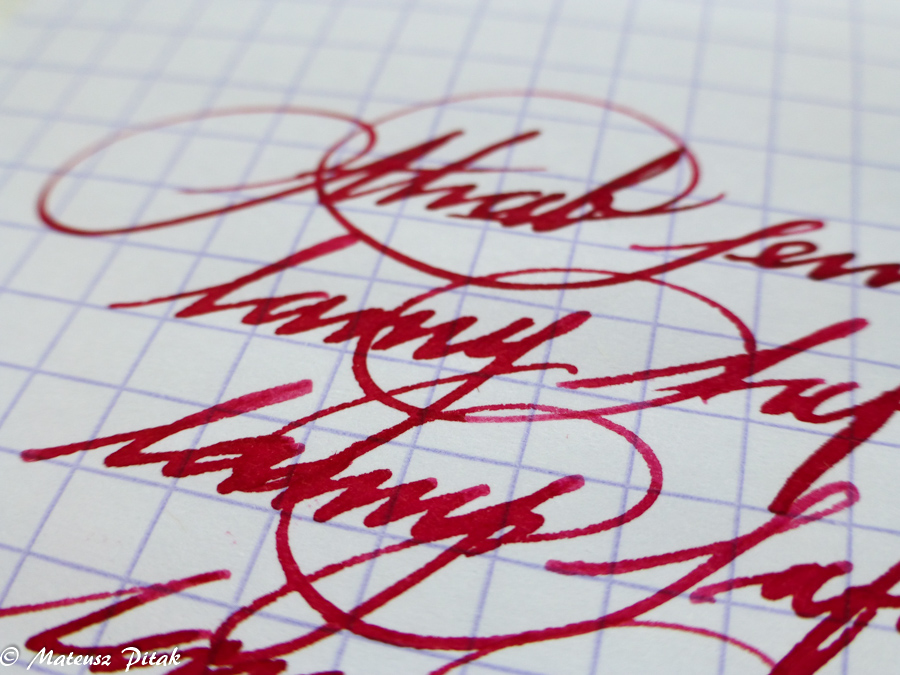 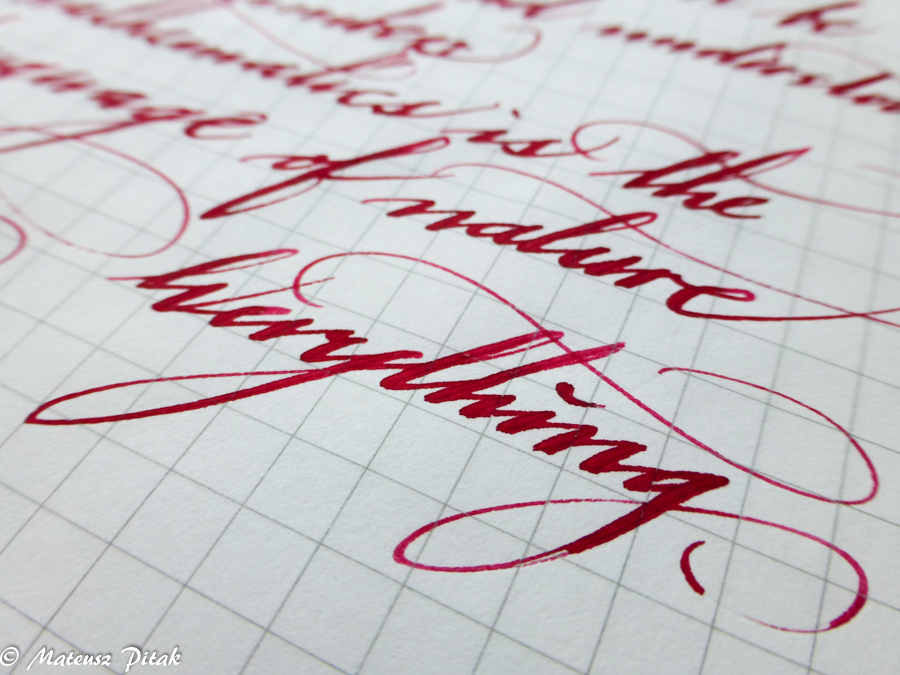 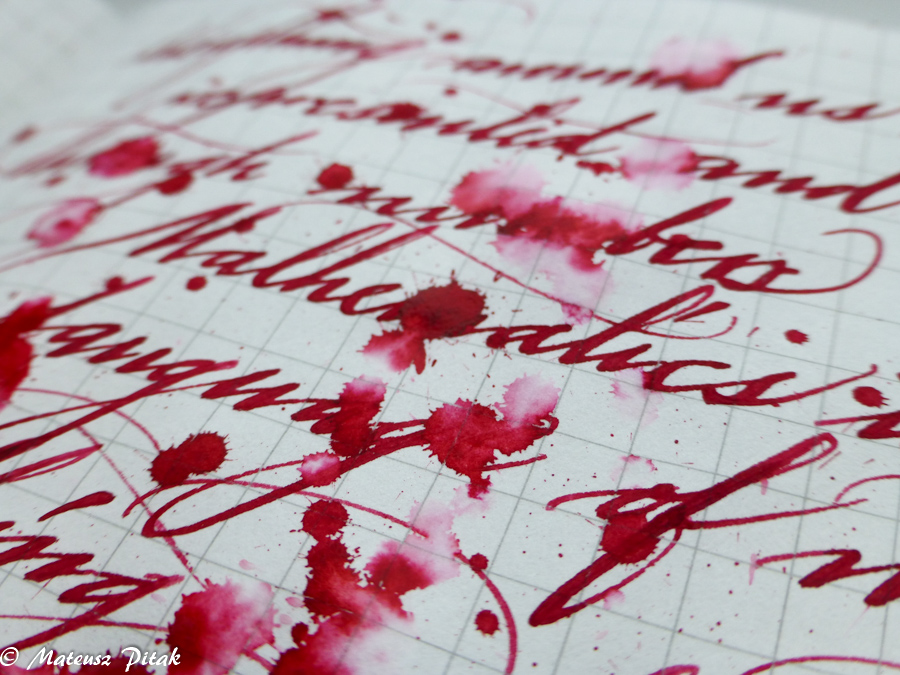 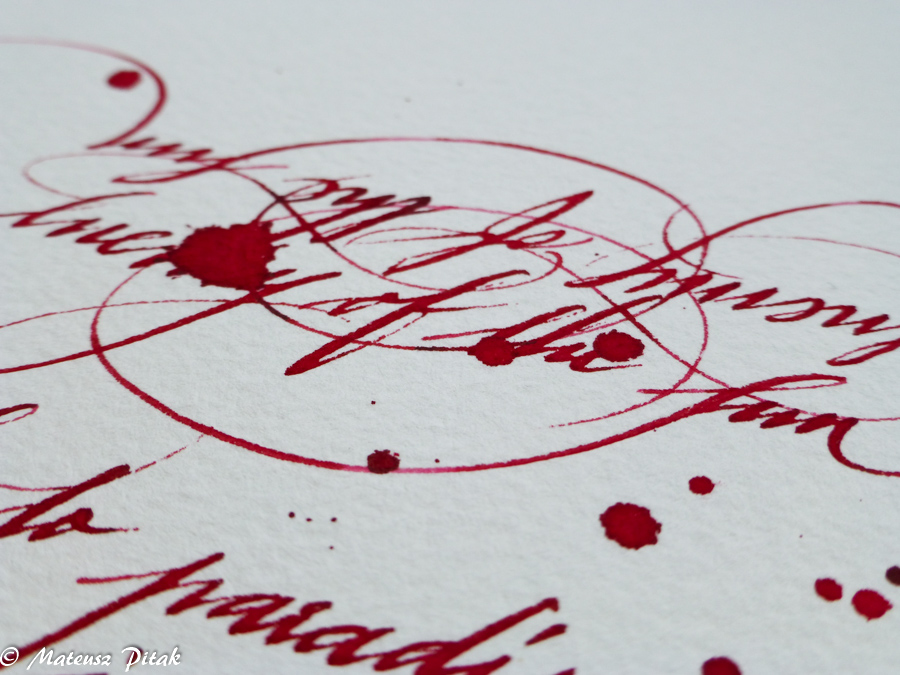 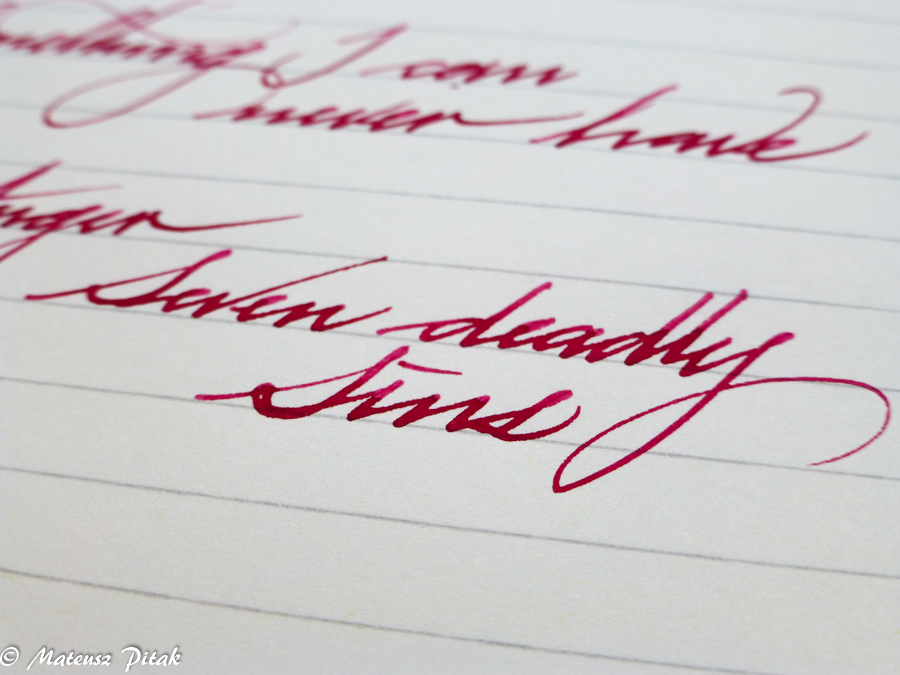 And that ink is a beauty!