I acquired my second Parker 51 this morning, perusing a local vintage fair. It was manufactured in England according to the cap, and it's in reasonably good nick. It's a Mark III and judging by the jewel, it was probably manufactured by 1973 at the latest, unless the factory in England did not bother updating the design to comply with some US regulation about removable small parts. It has a lustraloy cap (not sure about the spelling) and the barrel is black. There is some evidence that white letters were printed on it at some stage but they have mostly worn away. For this reason I think it might have been a corporate gift pen.

The pen still had some blue ink in it when I got it home although it flushed out easily enough. I've filled it with Edelstein Mandarin and will flush it out again when that's finished as I suspect there are still some dry flakes slowly dissolving. It's cleaner than my first Parker 51 however which is much older and looks like it has been constantly filled with black ink for most of its life.

The Mark III looks to be a medium nib and it's very obviously broader than the older pen. It cost me fifteen euro so all in all, unless I discover in the next week or so that it has a horror of a leak problem, I think I probably did pretty well for it. Well done. I once bought 2 gold cap mkiii 51s in burgundy and blue but since I didnt like the decomposed sections on these pens I returmed them to the seller who agreed to the refund without any hesitation. All my 51s (eleven) are now the late 40s and 50s mkii aero pens.

I only have one Mark III P51 left, but it writes as well as any 51.  It's an English 51 medium, burgundy with rolled gold cap.  I have had it some years and never had a problem with it.  The ebay seller I bought it from NOS for $60 said the nib was broad, but I don't see that.  I think you did well with that pen.

I meant the sections on mine were pressed inward like you often see on P45s. And ,plus, I personally didn't like the design of those pens compared to the first generation aero 51s.

I personally love the mordern and sleek desing of the MK III most: 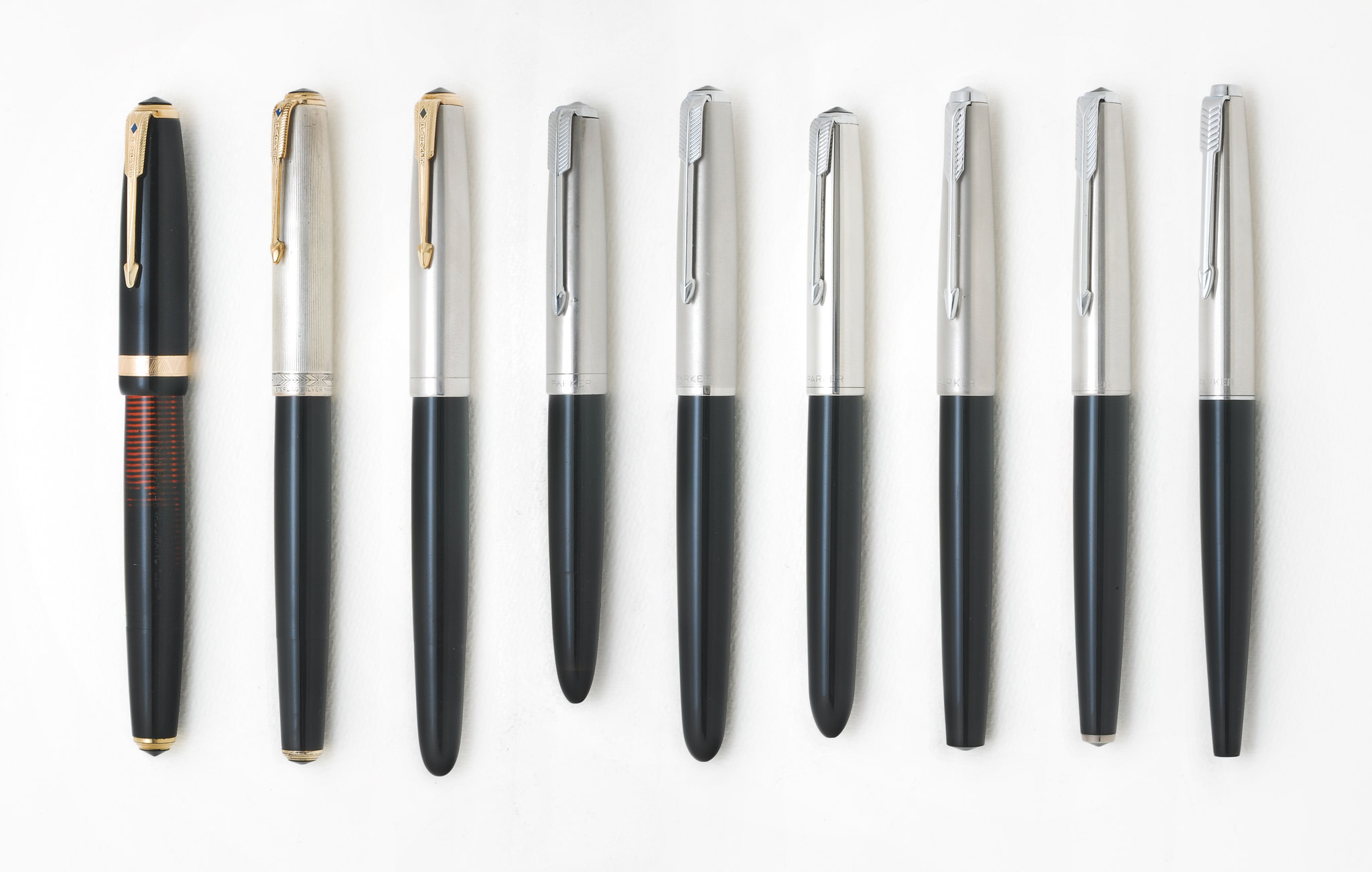 Third from right side on picture.

But the soft plastic that was used for the section is indeed a problem. I changed mine with an older lucite section.

Also tagged with one or more of these keywords: parker51