I'm always up for a Wahl Eversharp pen and I had not seen this one before. It is a model called the Pacemaker. Today we associate the word Pacemaker with a device to regulate heart rhythms but it must have sounded very different in the late 1930s when this pen was made. The Pacemaker was a pen sold at a lower price than the Doric and Equi-Poise. 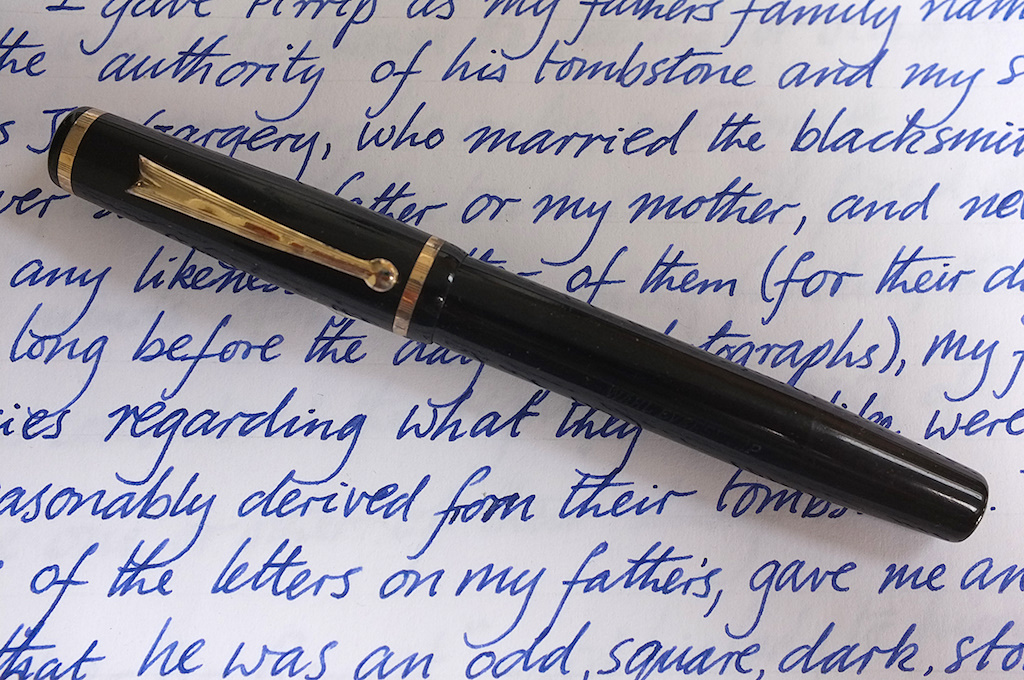 Looking at the design, in black it seems fairly conservative but this pen came in some very fancy laminated celluloids of blue, red and green hues which are quite beautiful. Unfortunately the red, green and blue plastics are apparently rather unstable and prone to darkening and crazing, the black is stable as far as I know. The body IS plain, a basic cylindrical design but the lid is detailed with two cap bands, one at either end and a fancy stamped GF clip. 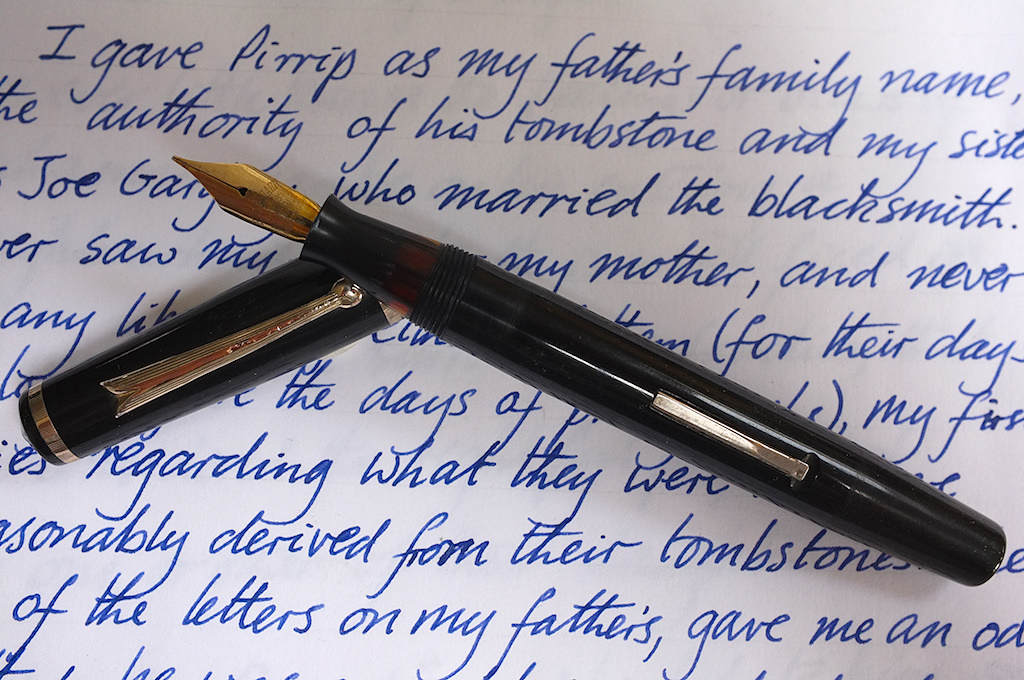 As you would from a Wahl Eversharp, the pen is well made with good quality materials used throughout. This pen is now definitely user grade having survived an attack from a pair of pliers. That it survived is a testament to it's build quality. It has plier marks on the section, some maul marks on the nib, a somewhat undulating clip and had bent tines. The Pacemaker is a medium sized pen similar to many of the period at 130mm capped, 150mm posted and 12mm diameter. Weight with a load of ink is 15g, so it will not be tiring to use. 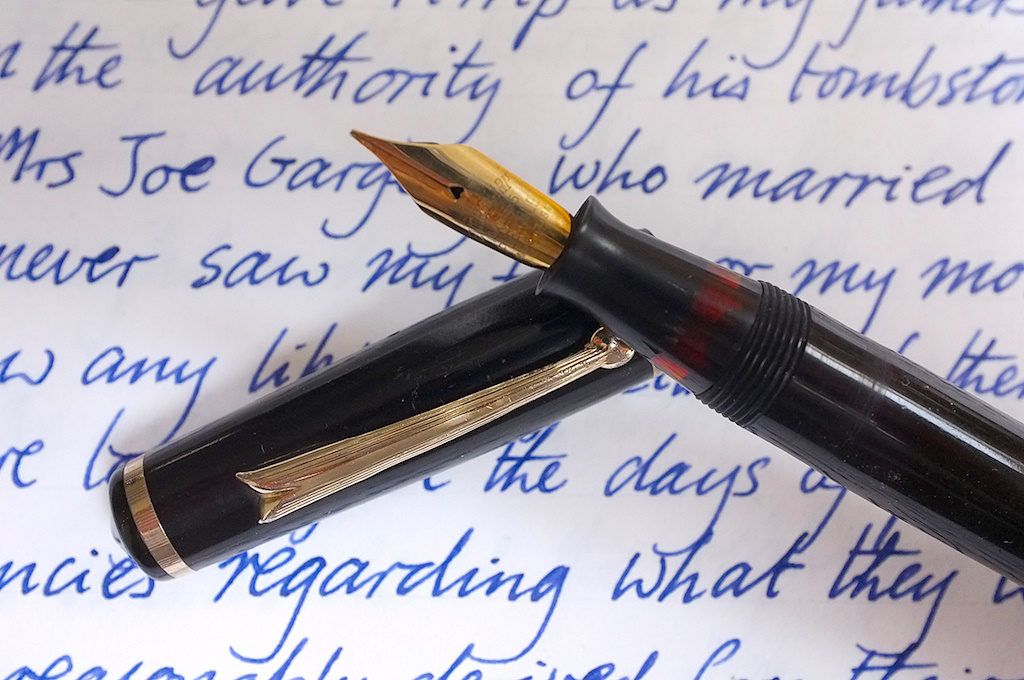 This pen is fitted with a 14k Eversharp nib which is stamped 'Flexible'. In my experience, these nibs can vary a lot in flexibility and this is probably semi-flex but still capable of nice line variation as can be seen in the writing sample below. The nib is waisted like on the ONOTO Magnas but I don't know why.

A couple of interesting points are that the section is visulated like some Sheaffers so that ink levels can be viewed. This example is quite ambered but ink can still be seen. It also has a thin piece of hard rubber that extends from the end of the feed into the ink sac, curving at the end to touch the side. This is rather like the Parker Lucky Curve and may have had the same function. Mentioning feeds, the feed in the section is quite short because of the visulated part and the comb/feed under the nib is quite narrow, looking as if it was for a smaller nib. Writing with flex that uses a lot of ink can lead to starvation. The filling system is a standard lever fill system which just works and should be reliable.

So on to cost and value. Well, the pen was under a tenner so is good value by most ratings though I am not completely sold on it yet. Perhaps a bit of use will help. I have no idea of the value, they don't appear to be common in the US where they were made and are very uncommon here in the UK. However uncommonness doesn't automatically equate to great worth. Perhaps someone has an idea?

Silly me! I was thinking of an actual "pacemaker" when I saw the title of the post. Perhaps some oddity that was made Wahl...

I love my Wahl pens! Thanks for bringing another model to my attention. This does look quite classy in black, and the nib...Wahl nibs are always good

Pity about the damage by some ham-handed fool but still a nice pen.

I love my Wahl pens! Thanks for bringing another model to my attention. This does look quite classy in black, and the nib...Wahl nibs are always good

I am liking it more with time but the coloured versions are beautiful.

Pity about the damage by some ham-handed fool but still a nice pen.

I get angry when I see plier marks, second to removing gold nibs for scrap value. It's been improved with some work but I will have to think about how to remove some of the teeth marks.

a very nice vintage pen, remembering what quality is and how good were American fountain pens in their golden age