As the title suggests, I have successfully converted a Petit1 into an eyedropper. I used a White pen from the second series of the Petit (the pens that can be used interchangeably with the Petit brush and dude pens).

Knowing others have done it with silicone grease, I've checked in numerous hardware stores around Toronto looking for it. Not only have I not found it anywhere, but it seems like nobody has ever even heard of it. I gave up and have been looking for a substitute.

This past weekend it hit me - dental wax! My sister and I used to have braces and so we have tons of it at my parents' house. Sunday evening I found some and got all set up for my project. I took out the cartridge and flushed the nib and feed with water and pen cleaning solution. Then I took a thin layer of dental wax and wrapped it around the threads of the pen. I molded it until the wax layer was flush with the outer edge of the pen. Having filled the barrel of the pen with new ink, I held the barrel and then screwed the threaded section into it. The dental wax provided some resistance so I gently twisted the pen until the 'Petit1' logo lined up with the nib, indicating it was fully closed.

Holding the pen over the sink, I turned it uprightl. No leaking. I then used it to write cursive in a notebook, just pen existentialism, until the rest of the water was flushed out and the new ink was flowing.

This morning the pen is still writing like a charm, and there are no signs of leaks. Hooray!

Has anyone else ever tried this, with dental wax or another silicone grease substitute? I'd love to hear about it

I haven't tried this, but I love the phrase "pen existentialism". The concept could destroy the criticism of contemporary literature.
ron

Congratulations on your ingenuity and inventiveness. I dont have any experience with dental wax but it is apparently working.

Silicone grease should be available in nearly any well-equipped hardware or automotive parts store.
Look in automotive engine oil section or the plumbing section. It might be called synthetic grease or waterless grease. It may use a chemical derivitive of silicone.

I got some of these for my kids at school and filled them like you, but I make sure the kids know to point the nib UP when capping the pen, or there will be a surge of air pushed into the pen and ink will be forced through the grease and out into the cap. I had two blow up on kids and one on a teacher (so he threw it away -- out of anger I'm sure b/c the pen was fine). I've been thinking of drilling a tiny hole in the cap so air can escape there when they are capped. I'll have to play around...

Thank you for the encouragement and suggestions, everyone.

I am looking to turn some other pens I have into eyedroppers in the future so I really appreciate the feedback. Not sure how the dental wax will be when I'm flushing out this colour of ink from the Petit1 but I imagine I can clean it up with some pen cleaner and warm water.

I did want to follow up to this thread and mention that this method did not work. Once the wax hardened, it shrank a bit and allowed ink to leak. I had to clean up the pen and put in new ink.

Just wanted to follow up on this so others know!

I have heard tell of other folks successfully making the Petit1 eyedropper conversion using silicone grease. Haven't yet tried it myself.

My letter-writing blog: The Missive Maven

I bought my silicone grease at a dive shop - a standard item there.

I eyedroppered my Petit1 a month ago. I also didn't find silicon grease so I put a big layer of lip balm. I read a few posts that say it will eat the plastic but I did an experiment with a few types of plastic that proved it wrong. I put a lot of lip balm on the plastics and let it sit for 2 weeks. None of the plastics have changed at all.

I have run into severe leaking problems with two different petit1's that I tried. no matter how much silicon grease, they leaked. badly. The problem is there's no lip, the section screws into the body with no edge.

I gave up. The pens themselves are just kinda junk anyways. I hate molded plastic clips anyways.

I'm willing to just fork over $10 now for a moonman wancai mini. That is a true pocket eyedropper, and if you want a clip, a $3 kaweco sport clip fits it like a freaking charm and stays REALLY well put.

glad i'm not the only one who develop an interest in this pen.. i just brought one from my local book store

i was going to eyedropper convert this pen... but than i notice how the feed actually works... it work like a marker pen, so to completely clean this might be impossible. so this pen is one ink lifetime kind of pen...

there is a huge gap between the thread on the barrel, so that is probable why this pen tend to leak.. the thread isnt ideal for sealing.. so this isnt a good pen for eyedropper conversion.. 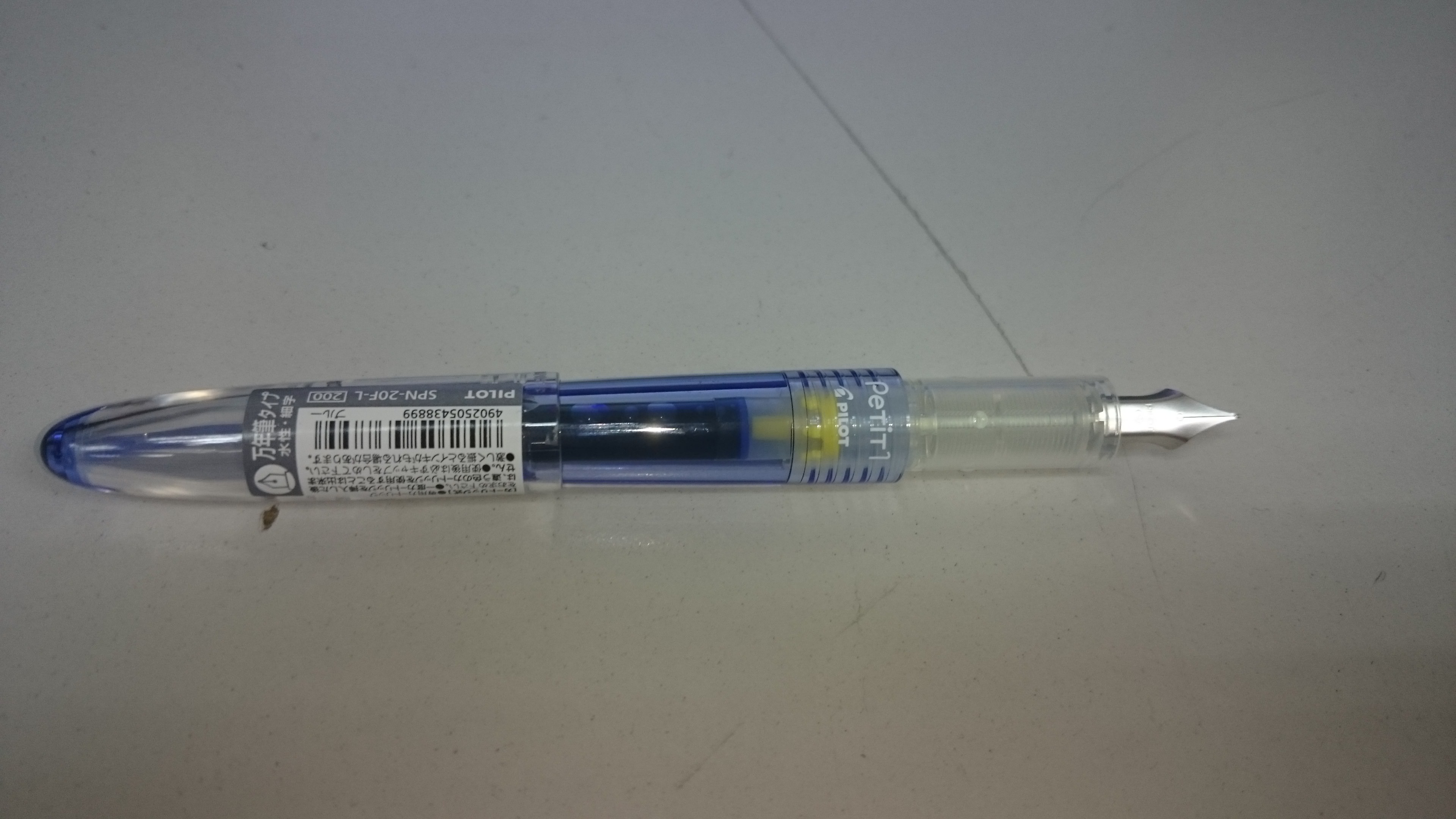 Also super proprietary cartridges that are relatively hard to find... I just say give the petit1 a pass.

There's nothing it offers over a wancai mini that only costs about 12 bucks.