Appearance & Design (7) – The pen came packaged in a very large box which included Lennon’s hit single “Imagine “, a booklet and a large quantity of air!. The pen is unostentatious and, I believe, Lennon would have approved of this (I wonder what he would have thought of the LE versions of this pen?). Its body and cap have subdued silver fittings. The cap and body are inscribed with concentric micro groves to replicate the surface of a long playing LP (a nice touch). The clip is a facsimile of the neck of an electric guitar. A silver cartouche located at the top of the pen’s body is engraved with a self-portrait sketch by Lennon. The cap screws on firmly and locates accurately. The shape of the pen is similar to several other limited edition pens produced by MB. It appears to be top heavy as the top of the cap is much larger in diameter than the base of the pen body.

Construction & Quality (8) – The pen is robust and its parts are well fitted however the piston was extremely tight and I had to remove the nib to grease the piston. This is unacceptable for a pen that costs USD 900. I experienced exactly the same problem with a new MB 146 last year.

Weight & Dimensions (7) – The pen is not unduly heavy and is similar in length and girth to a MB 149.

Nib & Performance (4) – The nib is medium and made from 18kt gold (plated to appear silver). The ink flow from the nib was low and also prone to skipping. I flossed the nib and washed it several times with soapy water and this improved its performance somewhat. I tried a number of different inks in it: MB Burgundy, MB Blue, MB BRG and Sailor Blue. None gave any perceptible improvement in performance. I have now filled it with Tanzanite and its performance has improved. All in all a very disappointing nib; far inferior to my Sheaffer Legacy Heritage, MB 149, Sailor 1911, Pelikan 800 and Parker Duofold.

Filling System & Maintenance (9) – The pen uses a piston filling system – this now works well after I lubricated it (see construction and quality above). It holds a large amount of ink.

Cost & Value (5) – I purchased the pen new from an online retailer in Malaysia for about USD900 (much cheaper than the MSRP offered by MB in Australia which was about USD1200).

Final score (40/60) – I have mixed feelings about the pen and must admit that the main reason I purchased it was because of its connection with my hero John Lennon. This pen really has little in common with Lennon except its name. Also I wonder if the man who wrote “Working Class Hero" would approve of his name being associated with a luxury product. I don't buy pens for display but to use them for what they were designed to do, ie: write. I don’t think this pen will feature prominently in my rotation.

Nice, honest review. Sorry it doesn't write like it should.

Very honest review, thanks! Clearly, there is a lot of variation in MB's quality control - I'm saying this somewhat ashamed, and concerned, as an absolutely devoted MB fan and collector. The older MB's - from vintage to, say, end 1990's - are fantastic pens, across the board. Lately, there seems to be issues. I was then possibly lucky with my Lennon, that wrote well straight out of the box. Reading this forum, there are several reports of pens that do NOT write so well out of the box.

I hope someone at MB takes heed - a slip in standards do not go unnoticed by the serious customers.

Herr Bethge, get your act together sir - don't let our brand's reputation be tarnished!!!

If you can't get it to write as you wish, I recommend getting it professionally adjusted. I've had to do that with many new pens from a wide variety of brands, both expensive and inexpensive. Since your pen is new, MB's warranty should take care of it for you.

Nice review although it is a pity that you aren't as satisfied as you would expect. I would also recommend to send it in if it doesn't work properly, if you got it from an authorized dealer you should be able to just send it alongside with the warranty papers to the nearest MB service center. What use is a pen if it's not a good writer?

Hi there!
Just bought a John Lennon and I need some help with it.
The question is very simple: is there anyway to know the ink level inside this pen?
BTW, mine came working fine, I just love the feel of the body that reminds us an old LP. For me it's a nice model!

It looks like it was modeled a bit after the Kafka. 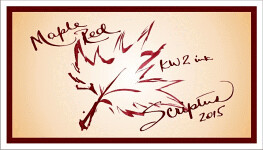 I would try a solution of ammonia as a rinse.

For me that works better than soap

To hold a pen is to be at war
-Voltaire

Thank you for a refreshing objective review of an MB. My thoughts matched yours as soon as I saw this model. If it'll make you feel any better, I bought a Think Jimi Hendrix because of the Hendrix name: and you're right, the only connection is the name ; who'll be the next exploited musician and pen purchaser. Thanks P.S......I eventually lost that pen. That's when I knew it had nothing to do with Hendrix at all. Those flow issues are easily fixed, but make it THEIR resposibility.

Thanks for the review, another data point clocked as I work myself up to a first MB. My question is somewhat tangential though, is that the JL portrait that came with the pen (and is it the portrait etched onto the pen itself)? It's quite a bit different from the more famous version with the round eyeglasses. Yours is wearing some sort of monocle, and the smile is a lot wider. And the Chinese seal?

Mont Blanc has packed this special edition John Lennon in a carton even more voluminous than a normal business brief case.
I was thinking of buying a MB 149M but I ended up buying this one. No regrets. While the piston is indeed tight but the nib
is typical Mont Blanc-a smooth operator. On par with MB 144 in 18 K, Sailor Sapporo, Sheaffer Legacy Heritage & much
better than my Waterman Carene DB & S T Dupont Olympio. Perhaps, all the pens even from the same Co. are not created equal.
I have placed it in a normal MB Box that came with the Starwalker pen.
Here I must admit that I too was not pleased when I first filled it in Waterman Noir. I emptied it when half full & gave the
pen some 15 douches of plain water. In went MB Encre Tinte-to the water again. The third filling was in Sailor Epinard.
Lovely shade and soon the nib gradually started skating. Presently it is in with cda Amazon. Wow! Gliding & soaring like an Eagle now. Near my best pens from my tiny collection of 10/12 pens. Far from a great pen, still not near a bad pen
either as IT has the girth, the weight, the design & that unmistakable presence.

It's a shame this pen doesn't write better for the $ you paid. Send it back, or send to a repair man. I worry about MBs. I think you'd feel much better about this purchase if the pen worked. ALL pens should work out of the box. Sorry that you're disappointed. But get it working and you'll feel much better. If I spent that much on a pen and didn't write I'd be I'll.

I have always been very suspicious of pens that carry the name of someone "famous".
A good pen doesn't need this if it's really good. Some exceptions are models that have become famous
because they were the pen of choice of some famous people (I am thinking of M. Churchill and his Conway
Stewart).

"Every job is good if you do your best and work hard. A man who works hard stinks only to the ones that have nothing to do but smell." Laura Ingalls Wilder

Mont Blanc's specialty is the death of irony.

Mont Blanc's specialty is the death of irony.

Thank you for bringing this to my attention.

"Every job is good if you do your best and work hard. A man who works hard stinks only to the ones that have nothing to do but smell." Laura Ingalls Wilder

send it to mike masumaya, he will fix the inkflow and make of your nib a joy to write with