This is an excerpt of my latest blog entry. Hope you enjoy it! I am trying both the Tachikawa School G and the Rotring Art Pen in my sketching notebook. The Rotring is a drawing and writing foutain pen that apparently has been discontinued but which is still sold by many online shops, including Amazon. The ArtPen is a long, but very well balanced pen, made of plastic with a steel nib. It is sold in many nib sizes, and the EF in mine means Extra-Fine nib, referring to refers to the very thin line quality that it can produce. The nib is very solid and rigid, but produces a great variety o flines depending on pressure, inclination and speed of your drawing.

On the hand, the pen feels more like a brush than like a pen. It is terribly smooth, with a uniform and consistent flow of ink almost without touching the paper. The Rotring Ink is quite special, very dark and very thick, and sometimes this hinders the ink flow, forcing us to restart the pen by pressing harder or writing elsewhere. The intensity of the ink may feel intimidating, because strokes are harder to correct and shadows and hatchings are also harder to produce accurately, but I feel this is just a matter of practice and not a limitation of the pen itself. In any case, and just for the fun of it, I have order some other inks and a converter to test lighter colors, closer to graphite, to better compare the performance of the pen with the Tachikawa School G.
From an earlier review and from the sketches above you may see the thinness and expressivenes of the lines that the Rotring ArtPen produces. 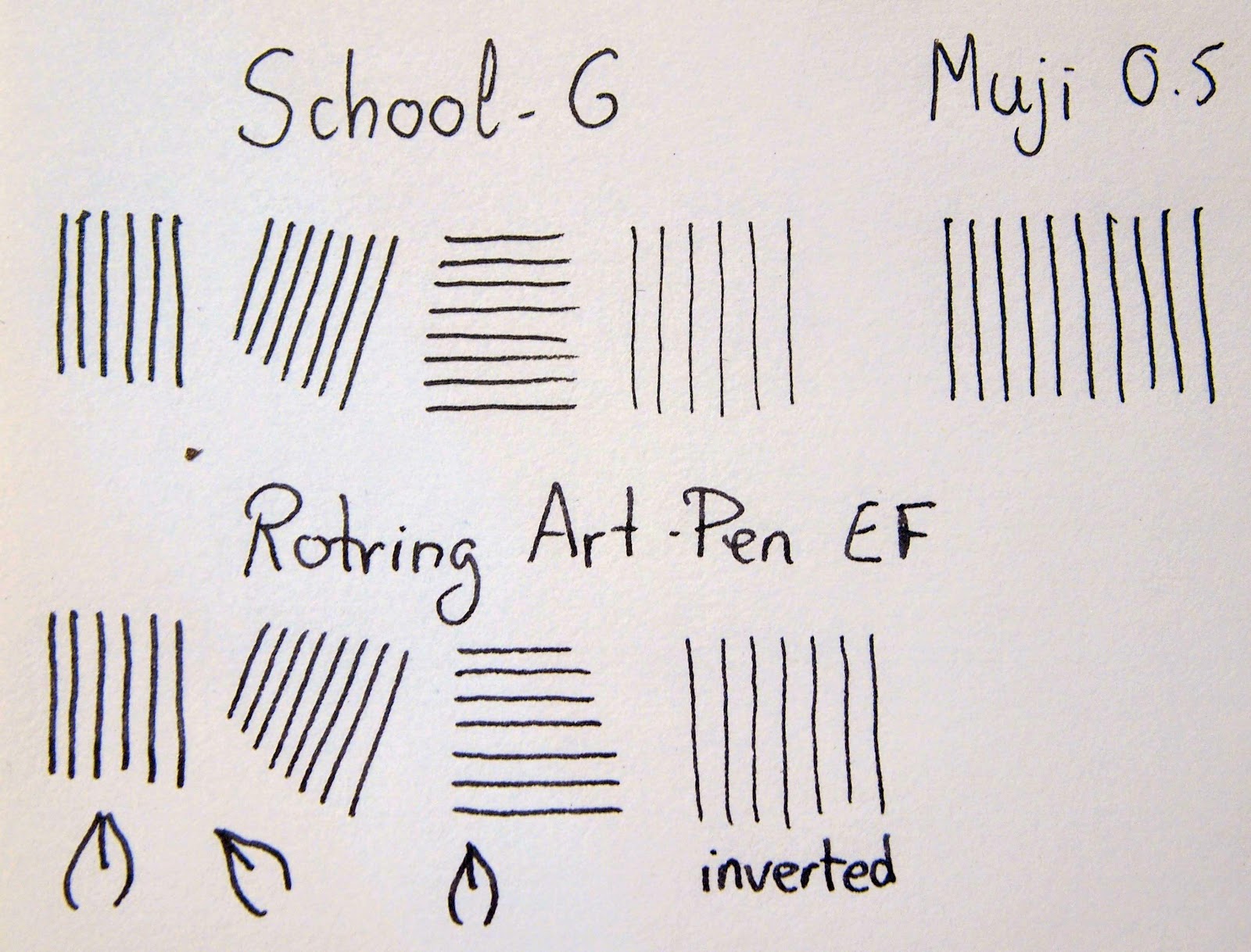 The ink, while thick and dark, is still water-based and can be used for very nice shade effects: using a small brush with very little water, you can spread the ink of a stroke in al directions. Depending on the amount of water and how far you spread the ink, you may vary the intensity of the resulting gray color -- which in the Rotring Ink has a nice reddish tone. 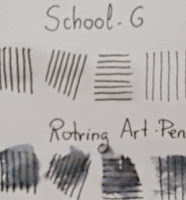 Here are some applications of this pen to actual sketching. Note that the drawings are small (1/2 A5 format) and compare the intensity of the lines with earlier drawings I showed from the Tachikawa: they are totally different, and this feels more "inky" while the Japanese pen felt more "pencil" like. 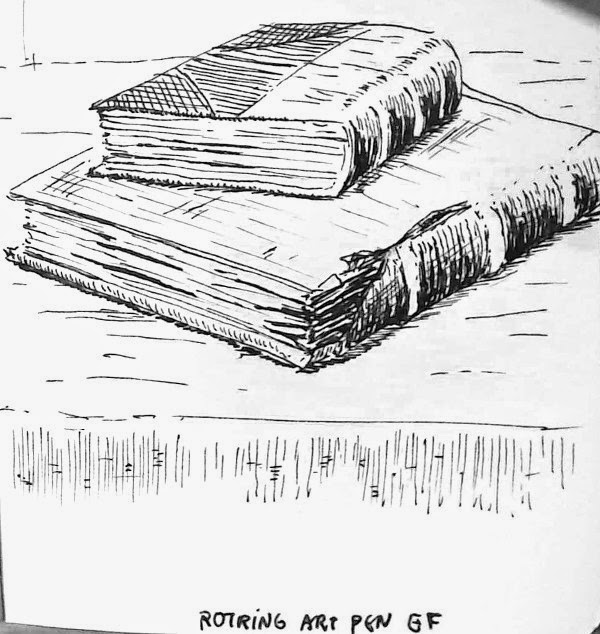 I love this pen very much. I bought it before the Japanese pen and I have been using it longer. It was thus my first drawing pen and the one that moved me into sketching, after I had long drooled over blogs and videos. The pen is not without faults. Either the ink or the nib tend to fail on me at times, specially on unforgiving papers with too much tooth, or too greasy, in which the pen skips. Restarting it by drawing elsewhere solves the problem. Further tests with other inks should reveal the actual cause of this. 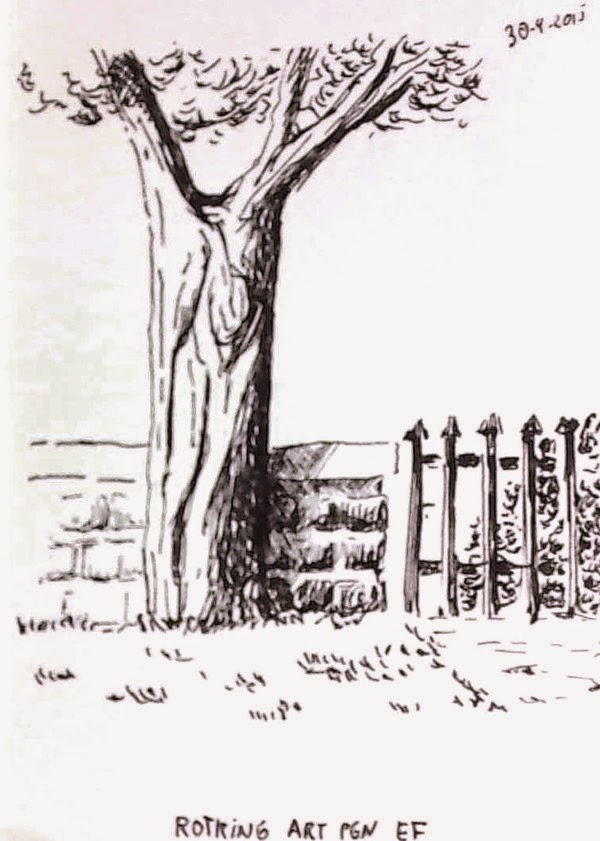 On the other hand, while the pen does not produce hair-thin lines, they are thin enough even for very small notebooks (1/2 A5 shown above), allowing for lots of detail, specially when you turn the pen upside down and work with its finer side. The pen is also rather affordable and promises to take well other thick inks, such as permanent inks, though I have not tried this yet.