A while ago, a long long while, I asked the inestimable Sam_Capote, who I had previously assumed owned every ink under the sun if he had tried out Bung Box inks made by Sailor.  He had never heard of the inks and proceeded to go through hell and high water working with a forwarding service to get them to him.  He very nicely put up some samples, which after almost a year, I consulted before I finally got some of the inks for myself.

Instead of going with a forwarding service, I asked cool-japan on ebay about it, the amazing guy who has been selling me all the Kobe inks I have reviewed recently.

There are threads and threads about which purple is so dark it is almost black, right?  Well, this one is the current winner.  It is true that it is less obviously purple than Ebony Purple, but I know that some people are still looking for something darker.  Eclipse is the other contender, and some people complain it isn't purple enough.  I'll do a comparison in the next week and post it, but to my eyes, this ink seems like a good compromise.

It has a fair amount of sheen on highly absorbent paper, like this art/sketch paper ...

... but still has some sheen on regular CF paper too.

It's got some shading, but not a lot.

And note that the dry time is HALF of Ebony Purple.

I personally am not on a quest to find the darkest purple ever, so although I very much like this ink as a change of pace, it's not my grail ink.  Still, it's a great colour and shade, with really interesting properties and good behaviour.

The only downside is the price.  When I asked cool-japan why he didn't normally stock the inks, he told me it was because he couldn't get as good a price for the Bung Box inks as he was getting for the Kobe ones, and he didn't think anyone would want to pay $40 USD for a 50 mL bottle of ink.  Considering the shipping was free and there were no customs charges, I didn't feel it was painfully expensive.

Nice. Similar to Diamine Eclipse but more muted. It looks like a great candidate for diluting just a tiny bit (maybe it'll be closer to Damson or Poussière de Lune?)

Wow. I would not have guessed purple. Interesting.

Have you tried Maruzen inks? Maruzen is a Japanese department store, and because one of our Pen Posse regulars travels frequently to China and Japan, I was lucky to buy a bottle of Maruzen Hatobanezu, a dark gray that looks more like a dusty blue-black. *Looking at notebook. Or pencil lead. Hahaha. Hrm.

Anyway, wondering if you have tried Maruzen brand. I think Ricky said it was Sailor ink. Can't remember exactly.

That is some dark, dark purple!

I agree about the Diamine Eclipse but the new LE Diamine/Cult Pens 'Deep Dark Blue' is a damned-good alternative and it has some nice purple sheen on it too.

OOOH a really black purple.  An absolutely stealth ink. I like it. Breathe.  Take one step at a time.  Don't sweat the small stuff.  You're not getting older, you are only moving through time.  Be calm and positive.

Thank you all for mentioning Diamine Eclipse as close to this ink. Five years later, Sailor is changing prices and adding a 30ml bottle. It’s getting quite expensive (and I thought Colorverse was expensive). The image on the earlier version was neat.

I got to see this ink when a pen club friend put it in a Montegrappa with an oblique grind. What a beautiful line that nib made. I was hoping to use Vis’ color values to compare Ink of the Witch with Eclipse. But the image would not load for the Witch ink. No fair!

I have the 30ml bottle of Diamine Eclipse. I’ll write beside the Witch ink in my notebook for comparison. 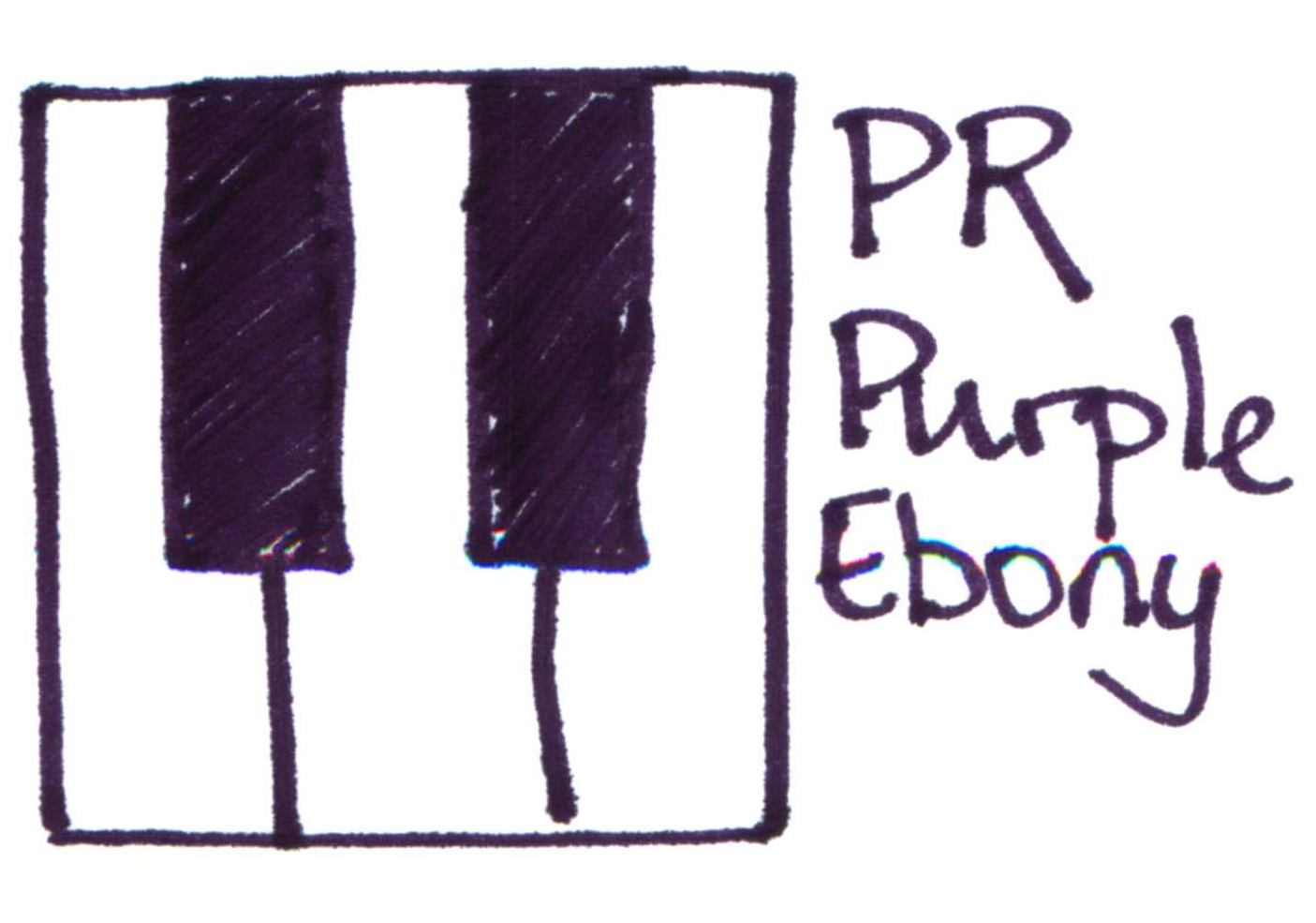 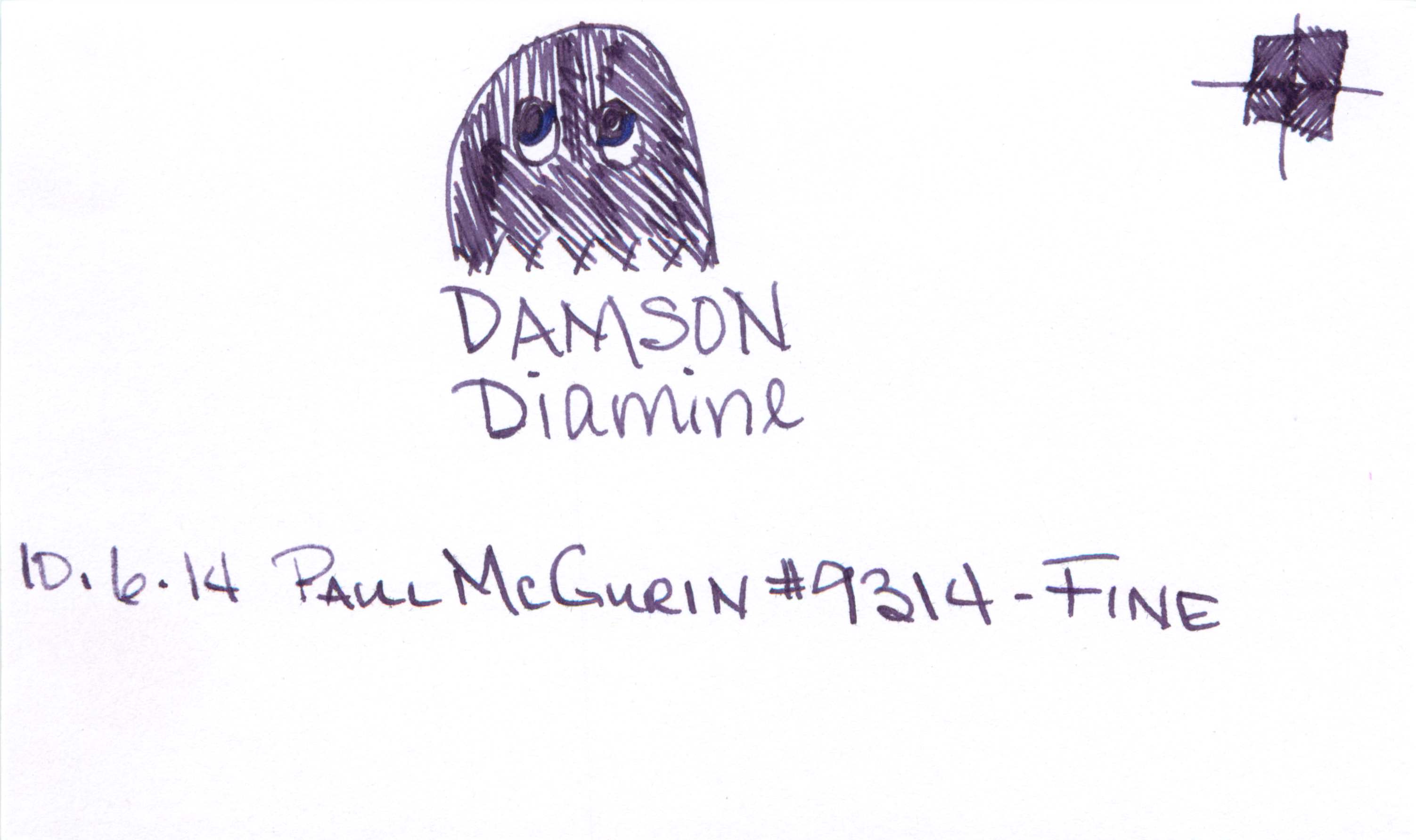 Thank you once again Amberlea.

I think my ink buying will point to Visconti. My HS likes Visconti Purple. Visconti Blue looks nice, and I dont often shop for true blue inks. (I tend towards turquoise which Visconti has.)

Sorry for distracting from Sailor here, but it is an older thread.