Some days ago "Parse Error" started a thread in which he expressed his desire to find a cheap copy of the Pilot Capless.

This one could be considered a copy, but is not cheap at the moment:

Follow ups to that daring statement dealt with the morality of counterfeited goods. Now, I wanted to add some more information.

This is one of the first Pilot patents about the Capless pen. It dates from 1964 (published in 1966): 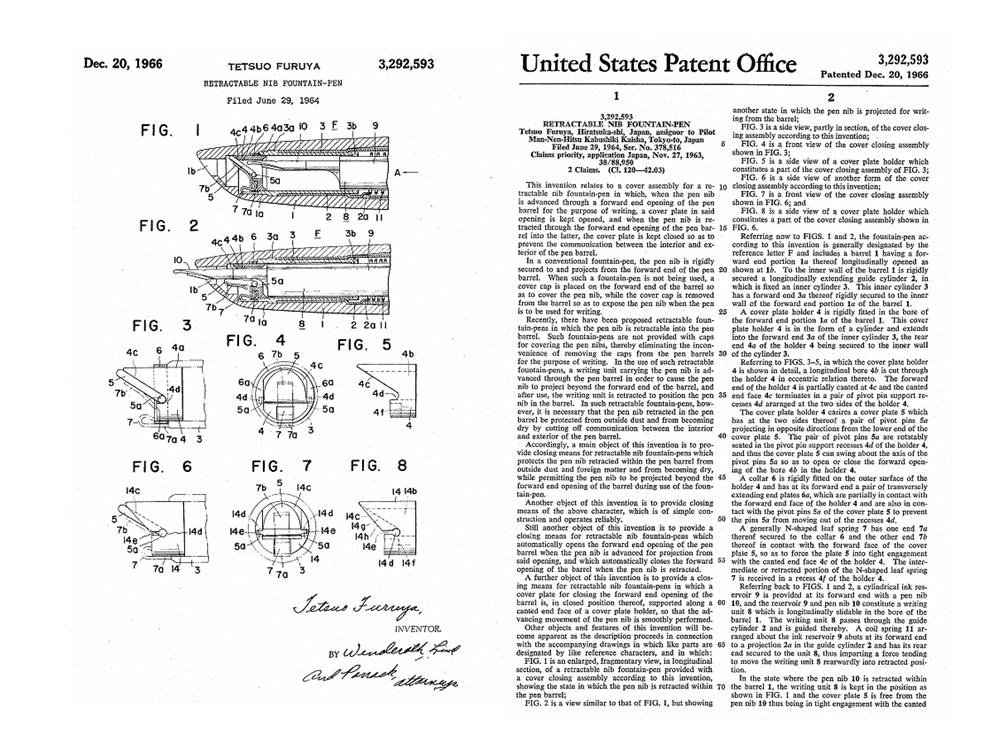 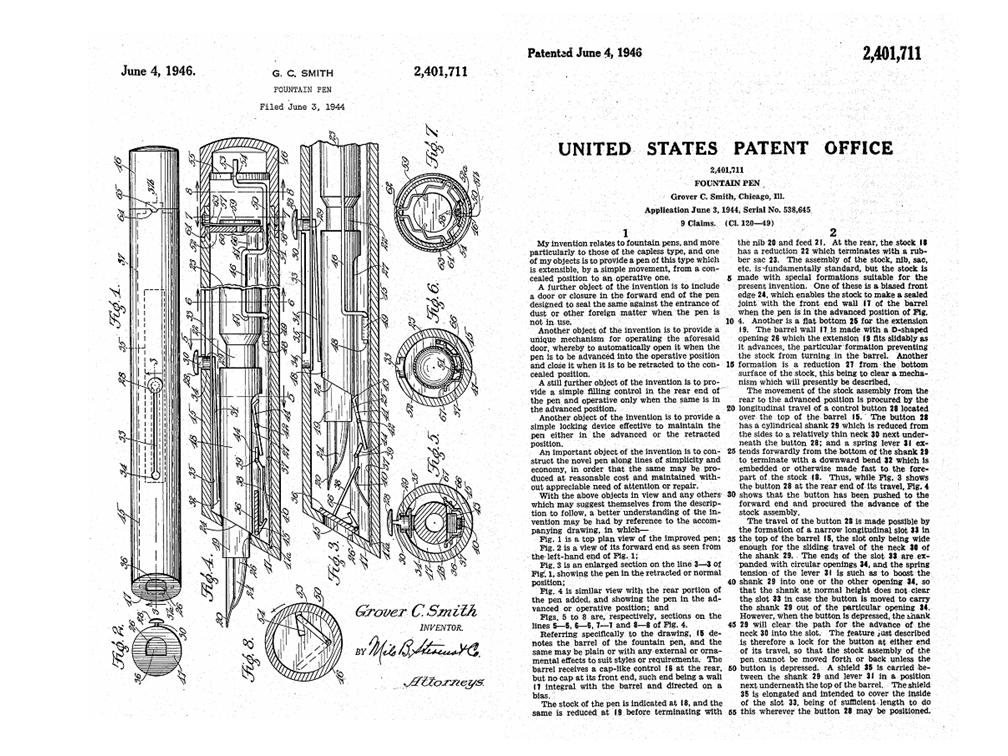 Which copies do we accept as legitimate and which ones are not legitimate?

For reasons nobody explained, that original thread was locked.

Bruno_Taut The contents and pictures of this post belong to the author, here identified as Bruno_Taut or Iosepus

I think the "bad" copies are the ones that are made with the intent of deceiving people into thinking they're the original product, e.g., using the original manufacturer's logos.

I agree with Silvermink's definition. Pilot was not the first to introduce a capless pen with a mechanism to extend and retract the nib with a closing door. The Pullman Meteore and Aurora Asterope precede the Pilot capless by three decades.

There is also this my old post showing a chinese capless imitation.